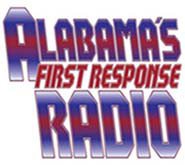 The city of Clay recently joined efforts with Alabama’s First Response Radio and Relief, a first response system for disasters that was founded April 4 by Clay resident Kenn Galbreath.

“We (are) glad to participate in building this as a first response to anywhere in the state,” Clay Mayor Ed McGuffie said. “Being a member and being that we’ve had this experience before, they want our expertise in putting together this response.”

The administrators to the system are Galbreath and Jefferson County Sheriff’s Office’s Sgt. Jack Self. Galbreath and Self performed a test run of the radio portion of the system from Cosby Lake Park on June 16.

“It tells exactly what the system will be doing,” Galbreath said. “Instead of doing it at the sheriff’s department, Sgt. Jack Self and me, we did it from that location. For example, if that was the headquarters for the tactical command, that would give you an idea because we have mobile equipment to do that.”

“Secondly, it will be a radio frequency that will be dedicated to coordinating and supplying all of the relief and information for the public,” he said. “The system goes up before, during and after a disaster, which makes it very, very unique.”

The anchor radio show for the system is Kenn’s radio show, The Heart and Home Show, Saturday mornings from 5 a.m. to 8 a.m. on 97.3 The Zone.

Local radio stations that have committed to carrying the AFRR system live during a disaster are The Zone, 97.7 The Peach and WGAD in Gadsden
. The system will be live on these stations in the event of a disaster from 6 a.m. to 4:30 p.m. Activation for the system comes from the EMA office or the sheriff’s department.

“If the EMA office of another county requests our service, we’re going mobile and it’s anywhere within the state,” Galbreath said. “We will have a signal that will go live from whatever city that is hit. We will go in, set up the radio station system and it will go live from 6 a.m. until 4:30 p.m. with the endorsement of the county for us to lead the coordination of relief efforts.”

“This system isn’t just for tornadoes, hurricanes, floods, but it’s also for terrorist attacks, chemical warfare, evacuation routes,” Galbreath said. “This mobile app and this site will be the coordination of information for the public on any disaster. It’s going to have everything from shelters to evacuation to chemical warfare, to terrorist attacks, to storm information, weather updates, giving GPS coordinates to the shelters (and) to evacuation, streaming all of the information from all of the different media, all of the different weather, first response, EMA, FEMA, state of Alabama.”

The app will also carry live podcasts from the radio system, which will allow smartphone owners to listen to the radio show live.

The “relief” portion of AFRR will coordinate relief efforts for affected cities during a disaster.

“This staff will be taking the leadership role of coordinating the relief efforts on the ground for that particular city, letting the mayor and his staff be physically active within their community,” Galbreath said. “What we are doing, that is the municipalities and the cities and the government and the retired of those groups, are going to assist when another city is hit. For example, if the city of Pelham was hit with a tornado, we would assign Fultondale and Gardendale to go in and assist with their staff. This is totally separate than what they’re use to. Those two particular cities experienced it firsthand and had to coordinate their own cities.”

Galbreath said they will coordinate relief from public, private and charity sectors.

Galbreath and Self will be presenting the first PowerPoint presentation on the system at the July 2 Clay City Council meeting.

Galbreath, whose home in Clay was hit by a tornado two years in a row, has been working behind the scenes on the system for the last two years.

“At this point, I have financially paid for it out of my pocket,” he said. “If you want to know how you can help, I need sponsors.”