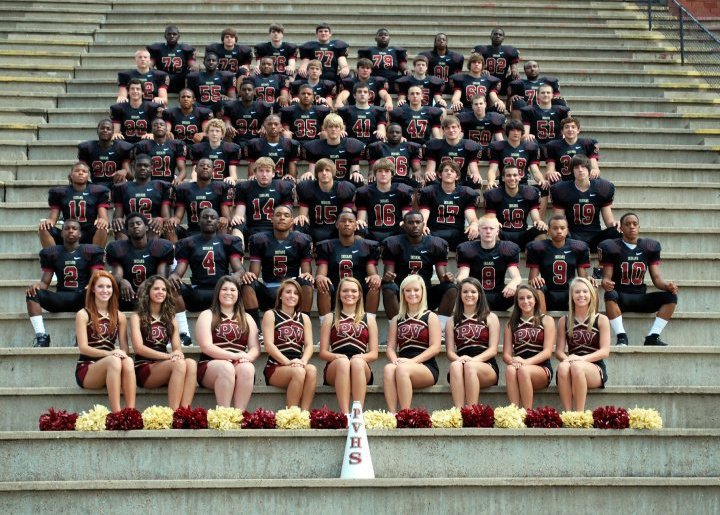 Starting quarterback Brooks Garrett has been out for two weeks with a concussion. Garrett found himself back in the saddle tonight in the Indians regional match against Hayden High School.

“It feels good to get this win,” Garrett said. “I’m feeling better, no more headaches.”

Garrett suffered his concussion in just the second quarter of the Indians’ opening match against top ranked 4A team Oneonta High School. Freshman Ko Powell has been on the field as Garrett’s back up.

“Garrett did well,” Matt Glover, the Indians head coach said. “I was worried about his running game, but he wasn’t scared at all. He ran the ball hard. He wasn’t afraid to tuck and run it.”

Garret completed 10 of 18 passes and had two touchdown passes.

“I try to throw it in there and keep the passing pressure up,” Garett said. “But I like to scramble and make a play if I can.”

He had 51 yards rushing and 95 yards passing.

Garrett led the Indians to a 29 to 9 victory over the Wildcats despite more than a dozen penalties against the team.

“It was a sloppy win, but it’s a win,” Glover said.  “We still have some guys that are banged up and hurt, but everyone stepped up. I was proud of our guys.”

Penalties have hurt the team in almost every match this season. This week, flags cost the Indians two scoring plays by AJ Freeman.

“We had way too many penalties,” Glover said.

The night opened with Pinson Valley in possession. Jeffrey Blair pushed the Indians into the end zone after a long drive. The Wildcats received the ensuing punt deep in their own territory, forcing them into a punt attempt. Cunningham knocked it away and brought the score to 9 to 0 in the first five minutes of the match.

Cunningham had three sacks throughout the night in addition to the safety. Hayden got on the board with a 36-yard field goal with 6:21 in the second half.

The Indians answered just two minutes later with a 15-yard touchdown pass to Earnest Robinson. Robinson made the catch under double coverage and brought the score to 16 to 3. Mondino Gibson forced an early turnover to end the half, intercepting a 20-yard pass intended for Wildcats receiver Luke Wall. Garret made a 30-yard touchdown pass to Harry Mason in the third quarter, but the Indians failed their two point conversion attempt bringing the score to 22 to 3.

Mason had one touchdown, completing two passes for 41 yards. With just under three minutes left in the third quarter, Garett found Robinson again on a 30-yard touchdown pass.

Robinson caught two touchdown passes and had 56 yards for the night
. He completed 3 of 5 passes.
Hayden answered back with their only touchdown of the night off a big pass to Wall, bringing the game to its final score of 29 to 9. The Indians will face off against the undefeated, Clay-Chalkville Cougars next week. 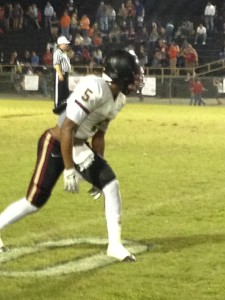 Pinson has never defeated the Cougars. Glover hopes to turn that around.

“They have a great football team,” Glover said. “ We just want to go in and give it our best.”