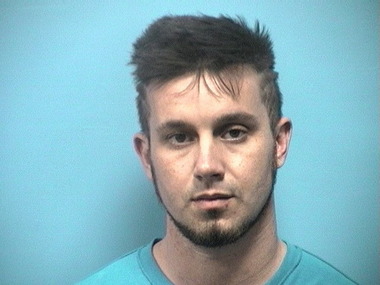 A Shelby County judge issued a sentence today to evangelist youth leader Matt Pitt, after he pleaded guilty to charges of impersonating a peace officer. 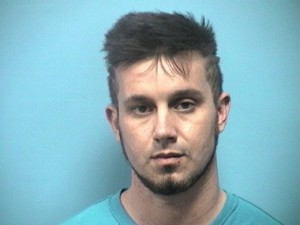 Pitt , 28, pleaded guilty today in Shelby County Court to charges of impersonating a peace officer, a Class C felony in Alabama. He was originally sentenced to one year in jail, but that sentence has been reduced. Pitt will be serving two years on unsupervised probation and was order to pay a $1,000 fine.

Pitt is an evangelical leader and founder of a large, popular youth movement called The Basement, which got its name because the first few times this group met was in the basement of Pitt’s home.

This movement has grown to thousands of devoted members. The group has used several different locations to facilitate their growing numbers. Now, the group meets every week at at the Boutwell Auditorium in downtown Birmingham.

The group hosts youth conferences nationwide, complete with podcasts, and even their own clothing line.

Pitt started the organization after he became a Christian and has led many people along that same path.

Pitt was arrested by Calera police Saturday, May 12, according to Calera Police Department records
. He was booked into Shelby County Jail and released the same day after posting $10,000 bond, online jail records show.

According to the Code of Alabama, a person commits the crime of impersonating a peace officer “if he falsely pretends to be a peace officer and does any act in that capacity.”

According to sources, at the time of the arrest, Tyler Wilkerson, an on-air personality for WDJC and host of “The Ty Show,” which airs weeknights from 7 p.m. until midnight, was a passenger in Pitt’s vehicle. Calera police responded to a call saying that Pitt was flashing blue lights to pull over cars on Interstate 65.

According to a Calera Police Department statement, Calera police received a complaint Friday, May 11 at about 11:57 p.m. about an unmarked Chevrolet Tahoe on Interstate 65 pulling behind traffic and activating emergency flashing blue lights.

“The complainant said that once traffic began to pull over, the SUV would turn off the blue lights and speed around the traffic and that the vehicle had done this several times,” the statement said.

“Calera police officers stopped the suspect vehicle on I-65 in Calera,” records indicate. “When officers approached the vehicle, Matt Pitt held up his wallet displaying a badge and photo ID card. Officers asked Pitt if he was an officer and he stated he was a deputy with Jefferson County Sheriff’s Office. The vehicle Pitt was driving was not registered to any governmental agency, but was equipped with multiple working LED flashing blue lights in the fog lights, grill, front windshield and back window. The vehicle was also equipped with a working audible emergency siren. It was verified that Pitt was not a certified law enforcement officer. Pitt was arrested on scene for impersonating a peace officer and transported to the Shelby County Jail.”