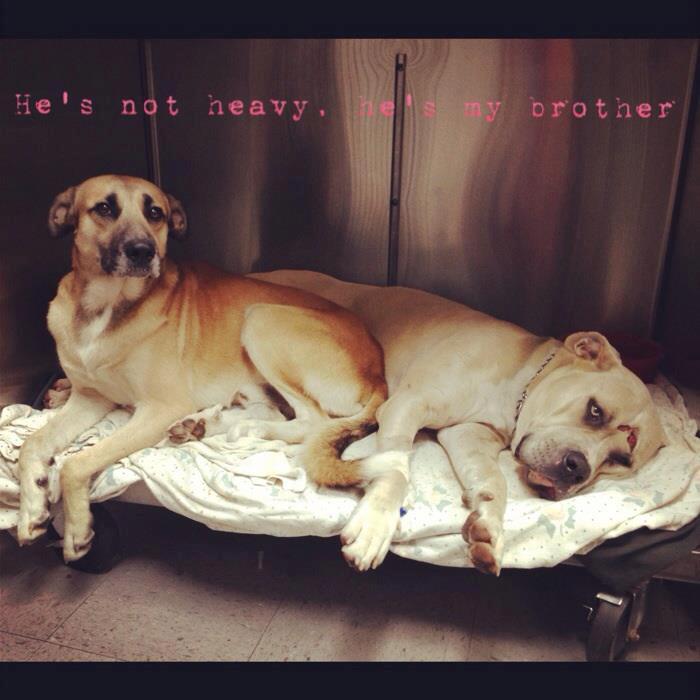 These two pups were found on Deerfoot Parkway

The world of social media brings people together. It can also help solve problems in the community. One Birmingham veterinarian is using Facebook to help find the homes of a pair of dogs found in Trussville
.

The Acton Rd. Emergency Animal Clinic is trying to locate the home of two dogs found off Deerfoot Parkway in Trussville on Oct. 16.

“And what a sweet pair they are!” the social media post said. The Facebook post was published by a group called “Animals Lost and Found in Alabama.”

According to the techs at the vet, the dog pictured on the left was able to alert a car by barking and howling at it until the car stopped to see why. The canine then led the driver to his other canine friend, pictured on the right, who had been hit by a car and was not visible from the road.

Workers at the clinic say these two dogs are the “calmest, friendliest, quietest, gentlest pair we have ever met.”

The clinic is trying to locate the owner or an adoptive home for both.

According to the post, the injured dog had surgery this week to fix his fractured leg. He is doing well and recovering.

“His friend voluntarily, and quite gingerly, I might add, crawled into the cage to be with his friend. Such a sweet story, I simply could not resist sharing-feel free to do the same!” said the social media post.

Both dogs are still at the Emergency Animal Clinic on Acton Road in Birmingham, 967-7389. 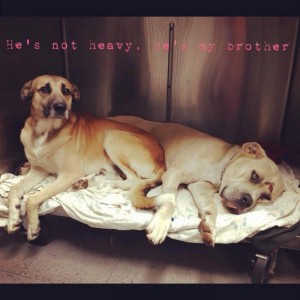 These two pups were found on Deerfoot Parkway