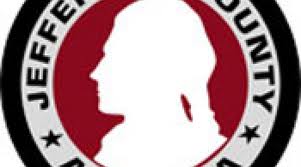 Just days short of the one-year anniversary of the largest municipal bankruptcy filing in U.S. history, some local politicians are expressing optimism concerning the county’s future.

“I hope by next year we will have the county out of bankruptcy and no occupational tax,” Rep. Paul DeMarco told attendees at a Nov. 1 Trussville Chamber of Commerce breakfast meeting. “This will be welcoming to businesses.”

When a judge struck down the law of a previous occupation tax, commissioners tried to persuade state legislators to allow a vote on a new occupational tax. They did not succeed.

Commissioners said this contributed to the November 2011 filing for bankruptcy.

Since then, the county commission has cut back severely on expenses. At the breakfast meeting, Jefferson County Commissioner Joe Knight listed some of the cost cutting actions they have taken: selling the county nursing home, eliminating the cost of paying the sewer receiver Joe Young, renegotiating leases, closing satellite county buildings and more.

“It’s a big ship to turn around, but we’re going to do it,” Knight said.

Knight also expressed hope that the county may be out of bankruptcy by next year and acknowledged the public and legislator aversion to the occupational tax.

However, he does foresee possibly needing an additional revenue source.

“The idea of needing $40 million from an occupational tax, I don’t think that,” Knight said in a later interview. “But we might need some.”

Knight said he really can’t predict what situation the county will be in a year from now on revenues and expenditures because many variables will have an influence. One of those unknown variables, Knight said, is the cost and savings from the new “hub and spoke” model of indigent health care, replacing the inpatient care at Cooper Green Mercy Hospital.

“We’ve coming to the end of what we can do with the cuts,” Knight said.

He also said the county needs to build up a reserve fund, a disaster fund, restore some of the funding to the departments that were cut too much, and bring back more maintenance to the roads and ditches.

“We are going to need to open up the other jail or we will end up with a new consent decree,” said Knight, who explained that the county is still under consent orders pertaining to the sewer and previous personnel discrimination. “Hopefully we will be able to do these things without an occupational tax or another tax, but we don’t know.”

Sen. Slade Blackwell also spoke at the breakfast meeting, but his presentation focused on his efforts to streamline state government and agencies relating to duplication of services.

As for the county’s business, Blackwell has spoken often of his opposition to the bankruptcy option.

In a JeffCoCan message through an email distribution service, Blackwell reminded people of the costs of the county’s bankruptcy up to this point.

“The legal and professional fees for the first year were more than $15 million,” Blackwell said in the email. “Jefferson County’s budget for 2013 included another $15 million for bankruptcy-related legal fees.”

In his presentation at the breakfast, Knight mentioned the legal fees, particularly that of the bankruptcy attorney Kenneth Clea.

“Yes, they’re expensive; yes, they’re costly,” Knight said. “But in the end, I think it will be better in the end. We got the best we could find.”

In addition to the legal fees, Blackwell’s email included indirect costs: “Because of the stain on the county’s credit, some investors steer clear of any bonds from Alabama. That means in some cases that Alabama government (has) opted not to issue bonds to pay for needed projects, even though it should be a prime time to borrow because of low interest rates. And some Alabama cities and counties that have issued bonds will pay extra because of Jefferson County’s bankruptcy.”

This is not just complaints of past actions. Blackwell said in the email that the county “should try to settle the sewer fiasco now, rather than continuing to gamble at the expense of its citizens.”

According to published reports, a public hearing and possible vote on restructured sewer rates is expected Tuesday, Nov. 6 as part of a plan to come out of bankruptcy.