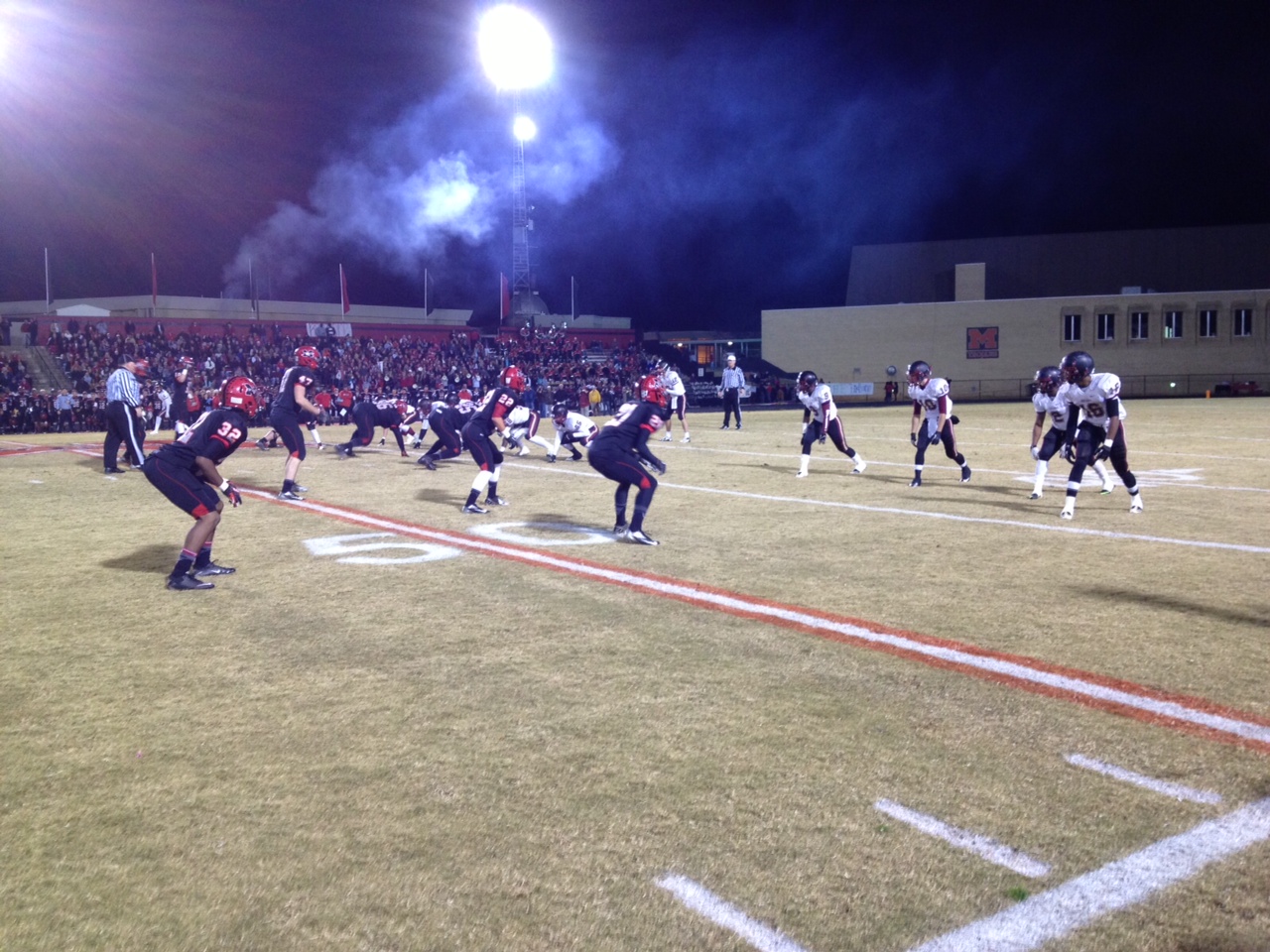 The Pinson Valley High School Indians lost by one point in a heartbreaking match against the Muscle Shoals High School Trojans.
It came down to the last moment as the Indians threw a long pass on third down with just over a minute left on the clock. An interception stopped the play in its tracks letting the Trojans run down the clock for the win.
The Trojans defeated the Indians 22 to 21 thanks to two field goals and a safety.

“We played as good a ball game as we can,” Matt Glover, the team’s head coach said. “. We played a good football team and they were just one point better than us, we took them to the wire but just ran out of time.”
This is Pinson’s third consecutive loss in the second round of the state playoffs.

“I can’t be any prouder than I am of these seniors,” Glover said. “They came up from a 1-9 season to three straight playoff appearances. I’m gonna miss them
. ”

This marks the end of the season for Pinson. Several seniors have already committed to play at the next level and several more are expecting offers. Senior wide receiver Earnest Robinson will move on to play for Auburn University next year.

“Earnest has really stepped up for us,” Glover said.  “It’s going to be hard to go forward without number five.”

Senior defensive back Zach Cunningham is being courted by several SEC schools including Auburn, Alabama University and Tennessee.

“I don’t know what we are going to do without 34,” Glover said about Cunningham.  “I don’t even want to think about it. He is a great football player and has really opened up a lot of eyes.”

Juniors Brooks Garrett and AJ Freeman will return next season as will sophomores Nick Gibson and Jaylen Rhone.

“It’s going to be a whole new football team,” Glover said. “We just have to keep doing what we have been doing and get stronger.”

The game was tight from the onset. Neither team scored in the first quarter as both defensive lines forced three and out possessions for their opponent. But Robinson turned things around with a 60-yard touchdown reception.

Muscle Shoals answered back with a long drive and a two-yard rush to tie the game. With just 17 seconds left in the half, the Trojans scored again off a field goal putting them up 10 to 7. Pinson got the ball down-field on the kickoff. Nick Gibson returned the ball 64 yards to put the Indians in range for field goal. The attempt was unsuccessful, leaving the Trojans ahead at the half.

Pinson took back the lead early in the third after quarterback Brooks Garrett found Robinson in the end zone on a 5-yard pass.
The Trojans answers back with a 13 yard rushing touchdown gaining the upper hand again 17 to 14.

A 64 yard pass to Nick Gibson score the Indians their next touchdown putting them at their final score of 21. Muscle Shoals put on the heat, holding the Indians back on and sacking Garrett for a safety. Another field goal put the score at its final 22-21.

“We never really hit our stride,” Glover said. “Tonight, the offense and defense played well but we missed a couple field goals.” 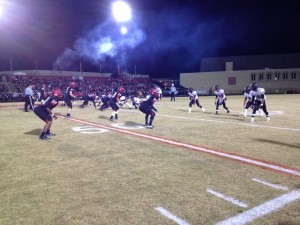