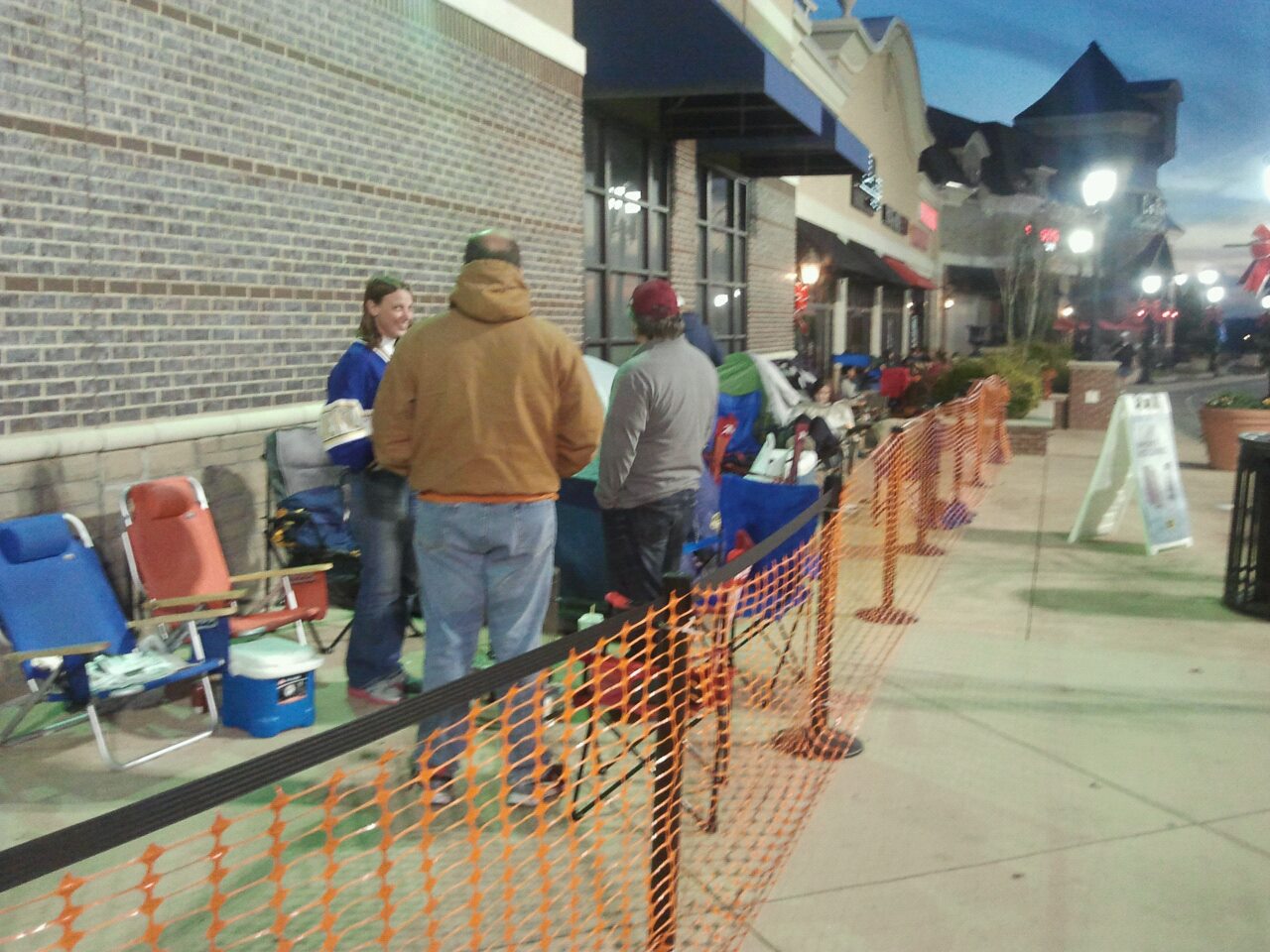 James Bowling of Remlap was first in line at Best Buy in Trussville, confident that his commitment would pay off.

Bowling set up his tent in front of the store on Monday night with his eye on a 40″ flat screen television for $179 which normally sells for $420.

Kymberly Bosworth of Moody, second in line, wants the same item and both serious shoppers believe they’ll be rewarded.

“The rumor is they normally have 15 to 20 items at every store,” Bosworth said
. “About 2 hours before the store opens, we’ll get to pick our main item and they’ll give us a ticket. We just take it to customer service and get it. It’s not like other places where everybody is trampled.”

Bosworth arrived on Wednesday morning and spent the night in her tent with most of the other hopeful shoppers arriving today. The line stretched past several store fronts at 5pm on Thanksgiving evening 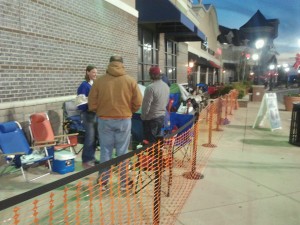 Bowling and Bosworth both said they hoped to grab more bargains when the doors open. Their lists included Blue-Ray players, Ipod Touch and assorted other items.

At Walmart, the store is already open, but the door buster merchandise is roped off and protected by store employees and about a half of dozen Jefferson county deputies. Three county patrol cars were parked in front of the store.

About a dozen bargain hunters were already in line in front of Target and Rack Room Shoes had two young ladies planted squarely in front of the door.

Trussville police will have extra patrols on duty through Christmas in anticipation of a busy Christmas shopping season. 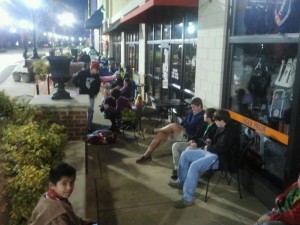