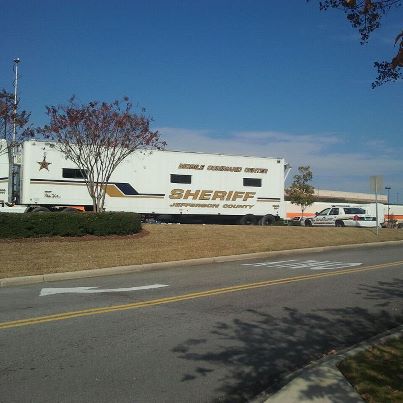 Jeffco Sheriff’s department on the move during holiday season

The Jefferson County Sheriff’s Mobile Command Unit greeted shoppers at the Pinnacle in Trussville this morning, but the mobile unit will remain mobile during the holiday shopping season, according to Sergeant Jack Self.

“The mobile unit will be in Trussville today, but it will rotate around the county during the holidays,” Self said. “It will also be at the Summit, Brookwood Village and Tannehill Promenade as well as other major shopping centers in the county. The unit will make multiple appearances as several of those shopping centers.”

Self said that the county deputies will maintain a visible presence in an effort to support local police departments and help shoppers feel safe.

“We will also have motorcycle units and marked cars around major retail areas,” Self said
. “We’ll assist with traffic control, crime prevention and anywhere else we’re needed.”

Deputies were out in force around Trussville last night, with several units at Walmart in anticipation of large crowds of shoppers as Black Friday officially got underway.

“Whether you live in Trussville or Hoover or Bessemer, you’re still in the county and we’re still your sheriff’s department,” Self said. “We’re going to do everything we can to make people feel safe and make sure they have a great experience in Jefferson county.” 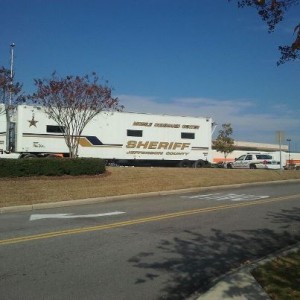