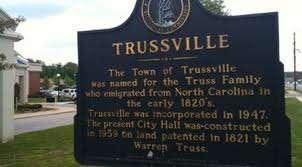 In other news, the council unanimously approved the acquisition of a 65-acre piece of property, the currently location of McPherson Oil, off Will Pond Road. Mayor Eugene Melton will present the contracts to the council at its next scheduled meeting. Melton is hopeful they will be able to close on the deal before the end of the year. The property is 65 acres with 120,000 sq. ft. of warehouse space and 10,000 sq. ft. of office space.

The council believes that the site will provide the city with a myriad of possibilities. There also four proposed additional buildings, each 40,000 sq. ft, for the site. The surrounding area is owned by the Trussville Industrial Development Board. Council members consider the site to be great for the consolidation of city operations and storage. Also, the warehouses appear to be storm ready and would be able to house anyone affected by tornadoes.

“It makes a good site for us,” Melton said
. “I will meet with the department heads to determine the uses of the facility.”

The current property owner, Charles McPherson, is having the property appraised again. The last valuation for the property was $3.8 million. McPherson is currently also liquidating many of his other properties before the end of the year. McPherson bought the property in connection with the Trussville Industrial Board Development from its previous owner, Goldkist, a poultry processing company. After McPherson purchased the site, he converted the site into what it is today. However, the site has not been used since its purchase.

In other news, many roadway developments are being considered by the council. 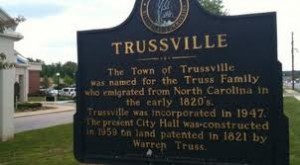