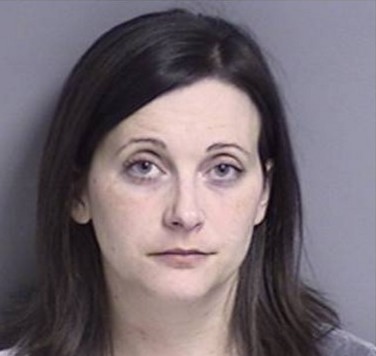 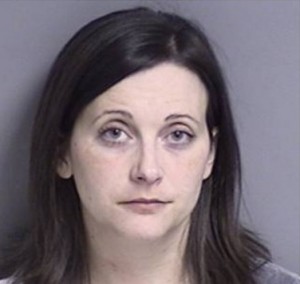 According to the Hoover Police Department, a former Spain Park and Hewitt-Trussville High School teacher has been arrested and charged with having sex with a student
.

The report from the Hoover PD says that on December 27, 2012, Hoover police arrested Stephanie Suggs Millard, 33, for allegedly “engaging in a sex act with a student under the age of 19 years”.

The activity, which was recently reported to investigators, occurred during March and April of this year when Millard was employed at Spain Park High School.

The Police Department’s Family Services Division received information concerning Millard’s alleged conduct while she was a teacher at the high school. The investigation revealed that Millard allegedly engaged in sex with a male student who was 17 years old at the time. He has since graduated and is attending college.

According to Trussville City Schools Board meeting minutes, Millard was hired in March of 2007 to teach science at the high school. Board minutes reflect that her resignation was accepted in June of 2008.

Former colleagues tell The Tribune that they don’t recall any problems during her year in Trussville.

Alabama law makes it a Class B felony for any school employee to engage in sex acts with a student under the age of 19 years.

Millard is charged with two counts of violating Alabama State Law (Title 13A-6-81)  “School employee engaging in a sex act with a student under the age of 19 years.” The warrants were issued Thursday by the Shelby County District Attorney’s Office and Millard surrendered to police at 3:45 p.m.

It is not known if Millard is still in custody.

Millard is no longer employed by the Hoover City School System after submitting her resignation on Dec. 17. The report states that she is a Moody resident.

Anyone who has additional information about this case is encouraged to call Family Services Lieutenant Harry Long at 205-739-7440.