“The victim has a disability and had wandered off,” Christian said
.

The 70-year-old female victim was in the middle of Alabama Highway 75 near Marsh Mountain Road when she was hit by a utility truck about 6:20 a.m., Christian said.

She suffered critical injuries and was airlifted to an area hospital. 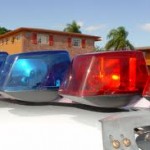 “It is unclear why she was on the highway but it was reported she had wandered into traffic in the past,” Christian said.