A Hewitt-Trussville High School senior has been named one of the two top youth volunteers in the state.

Kristen Ashley, 17, of Trussville, was named one of the two top youth volunteers of 2013 by The Prudential Spirit of Community Awards, a nationwide program honoring young people for outstanding acts of volunteerism. Ashley was nominated by Hewitt-Trussville High School.

Emily Whittington, 13, of Mobile, was the other winner. Both earn $1,000 awards, engraved silver medallions and an all-expense-paid trip to the nation’s capital in May. During the trip, 10 students from across the country will be named America’s top youth volunteers of 2013.

Ashley founded a service club at Hewitt-Trussville and then led its 48 members in raising more than $14,000 to provide elementary students from low-income homes with food to eat on weekends. While visiting a food bank in Nashville, Tenn., Ashley said she heard alarming statistics about hunger and began to wonder how many hungry people lived in Trussville. She discovered that one out of 10 elementary school students in Trussville qualified for free or subsidized lunches at school. 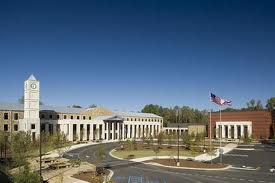 “The lunchroom workers told me stories about the children who come in each Monday, piling their plates full of food and cherishing every bite because they have not had enough to eat,” Ashley said.

For five months, she and her club members sought support from civic groups, churches and businesses; attended city council and chamber of commerce meetings; applied for grants; and sold “Trussville Against Hunger” T-shirts. The money they raised now funds Ashley’s “Weekend Bookbag Program” — each Friday during recess, school officials discreetly place in each student’s backpack a bag filled with two breakfast items, two lunches, two fruits, two snacks and a treat “to supplement the meals these children are not receiving at home,” Ashley said.

Hewitt-Trussville High School freshman Eli Nafziger, 14, was named a distinguished finalist for his starting a garden at Hewitt-Trussville Middle School to provide experiential learning opportunities for special education students. He raised $2,000, gathered and supervised 20 volunteers, installed a shed and stocked it with new garden tools, and built a wheelchair-friendly garden path. He will receive an engraved bronze medallion
.

“Prudential is proud to honor these students for making meaningful contributions to their communities,” said Prudential Chairman and CEO John Strangfeld. “We hope that shining a spotlight on their initiative, creativity and compassion inspires others to consider how they, too, can make a difference.”