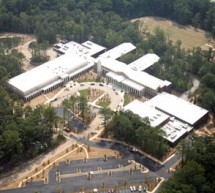 The Trussville City Council approved expenditures for Milam and Co. to erect silt fences around a dig site located behind the Trussville Civic Center where the future Hewitt-Trussville football stadium is proposed
.

Plans are being made for the final phase of an artifact dig led by the University of Alabama.

“I heard today from the (U.S. Army) Corps of Engineers that the Indian nation had no comment in the 30-day span that they had to comment,” Trussville Mayor Gene Melton said. “So they are moving forward with a memorandum of understanding that the city and the University of Alabama and the historical folks in Montgomery will all have to sign off on. Once that’s signed, the university can move ahead with phase three.”

Melton went on to say that Hewitt-Trussville High School students will participate in the archaeological dig, which will be coordinated through science teacher David Dobbs.

After the meeting, Melton said this will clear the site for construction of the bridge for the Husky Parkway extension to Trussville-Clay Road and the proposed stadium.

In other council action, approval was given to hire Barge Waggoner for engineering and design of the lighting on Deerfoot Parkway at the Interstate 59 exchange. The lighting will be funded by a state grant that was awarded to the city earlier this month. The city will be responsible for 20 percent of the cost of the project, with the state picking up the remaining costs.