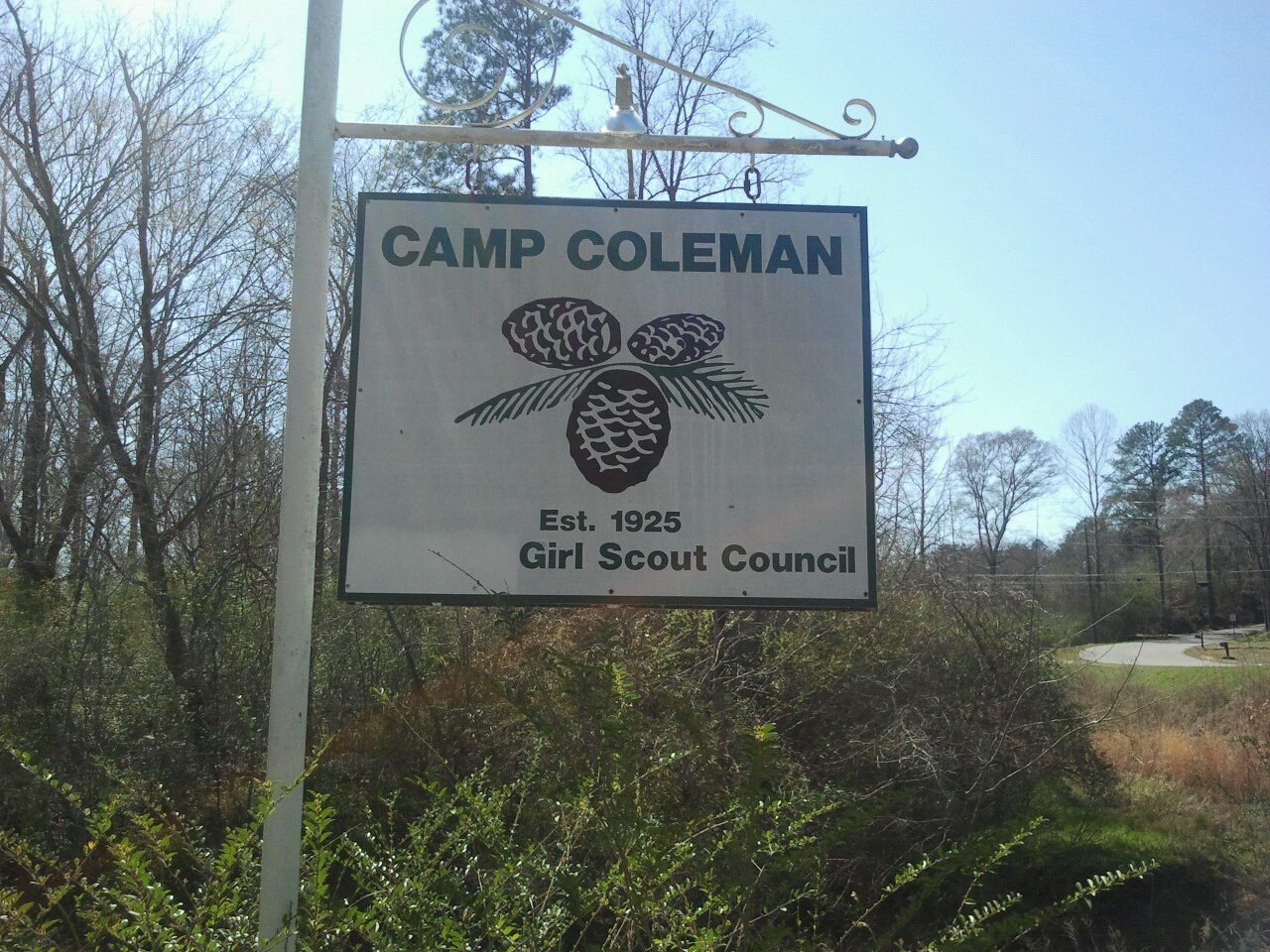 The historical marker at Camp Gertrude Coleman in Trussville has been unveiled.

A historical marker was unveiled earlier this month near the bridge at the camp’s entrance.

Camp Coleman was favorably reviewed last summer by the Alabama Historical Commission and is now listed on the Alabama Register of Landmarks and Heritage.

The marker was dedicated in remembrance of all the “courageous women who established this site and those who sustained it over the years so that girls could enjoy the benefits of camping envisioned by (Girl Scouts founder) Juliette Low,” according to the marker.

Camp Coleman has been in use as a Girl Scouts camp for 88 years
. Most on the register are at least 50 years old.

In a letter from the Alabama Historical Commission, Alabama Register & Cemetery Preservation Coordinator Lee Anne Wofford said Alabama landmarks listed on the register are “worthy of both recognition and preservation.”

Camp Coleman consists of 34 wooden structures and outbuildings constructed between 1925 and 1994. The camp is situated on approximately 140 acres along the Cahaba River.

Camp Coleman is set to close and be divested May 30. Save Camp Coleman formed the day the announcement was made by the Girl Scouts of North-Central Alabama last year.