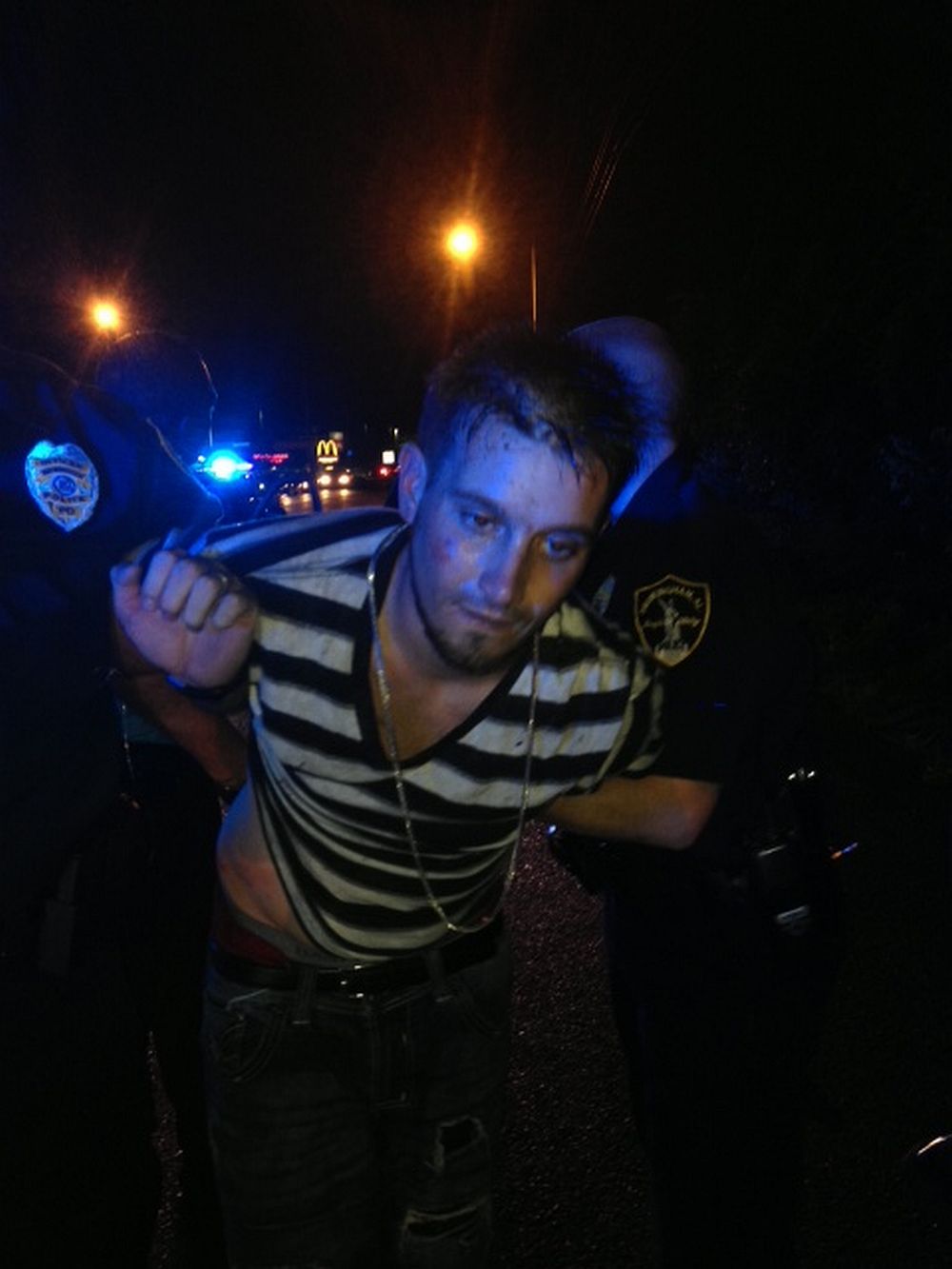 The Basement founder was arrested at about 9:30 p.m. Tuesday on 20th Street near Vulcan after he ran from law enforcement and then struggled with officers before being handcuffed. He was taken into custody on a warrant for impersonating a peace officer.

According the Jefferson County jail records, Pitt posted $15,000 bond following his arrest and was released. According to sources, he was turned over to Shelby County authorities who had also issued a writ for his arrest.

The Jefferson County Sheriff’s Office had developed information that indicated Pitt was at a local television station.

The information was relayed to sheriff’s patrol units and the Birmingham Police Department. Birmingham police arrived and located Pitt. When he saw the officers, Pitt fled on foot with Birmingham police officers and sheriff’s deputies in pursuit, said Jefferson County Chief Deputy Randy Christian. He ran toward the area of Vulcan near the overlook. He was captured near 20th Street South.

According to a statement from Christian, on June 15 at about 6 p.m., deputies were called to the 5200 block of Falling Creek Lane to investigate a report of a man impersonating a law enforcement officer. It was reported a suspicious vehicle was sitting in front of the residence about two hours earlier and the resident had seen people going back and forth between the vehicle and a nearby wooded area. The caller reported that he went to investigate and discovered a rifle hidden at the edge of the woods. The people he had seen were nowhere around the rifle. He then called the sheriff’s office to report the discovery of the weapon. 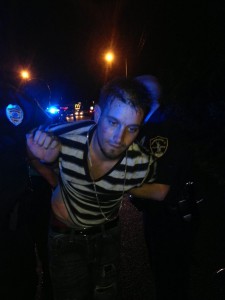 “While he was waiting, two men approached on ATVs,” Christian said. “One of the men retrieved the weapon. The resident told them that he had called the sheriff’s office about the weapon and asked them what they were doing. Neither was able to provide a satisfactory answer. According to the witness, at this point the suspect that had retrieved the rifle presented himself as a law enforcement officer. The pair then drove off on the ATVs. The witness did not speak to them further because he believed they were law enforcement officers.  The suspect was later positively identified as Larry Mathew Pitt.”

Christian said the case was forwarded to the Criminal Division to be investigated, and on Aug. 14, detectives presented the case to the District Attorney and an arrest warrant was issued for 30-year-old Larry Matthew Pitt for the charge of impersonating a peace officer. His bond was set at $15,000.

Sheriff’s officials attempted to notify the suspect of the outstanding warrant and the suspect was reported to be out of town.

Shelby County Circuit Judge Dan Reaves revoked Pitt’s bond Friday and issued a writ for his arrest following the arrest warrant issued by Jefferson County, according to sources close to the situation. Pitt’s arrest in Jefferson County could be a violation of the conditions of his probation. The revocation was sought by the Shelby County District Attorney’s office and granted by Reaves on Friday afternoon, who ordered Pitt held without bond pending a hearing before the Shelby County Court.

If Pitt is found is found guilty of violating his probation, Reaves could order him to serve the remainder of his sentence in jail.

Pitt was arrested in May 2012 on similar charges of impersonating a peace officer by the Calera Police Department. He pleaded guilty in Shelby County Court in September 2012 to charges of impersonating a peace officer, a Class C felony in Alabama. He was originally sentenced to one year in jail, but that sentence was reduced. Pitt is serving two years on unsupervised probation and was ordered to pay a $1,000 fine.

According to the Code of Alabama, a person commits the crime of impersonating a peace officer “if he falsely pretends to be a peace officer and does any act in that capacity.”

According to sources, at the time of the May arrest, Tyler Wilkerson, an on-air personality for WDJC and host of “The Ty Show,” was a passenger in Pitt’s vehicle. Calera police responded to a call saying that Pitt was flashing blue lights to pull over cars on Interstate 65.

According to a Calera Police Department statement, Calera police received a complaint May 11, 2012, at about 11:57 p.m. about an unmarked Chevrolet Tahoe on Interstate 65 pulling behind traffic and activating emergency flashing blue lights.

“The complainant said that once traffic began to pull over, the SUV would turn off the blue lights and speed around the traffic and that the vehicle had done this several times,” the statement said.

“Calera police officers stopped the suspect vehicle on I-65 in Calera,” records indicate. “When officers approached the vehicle, Matt Pitt held up his wallet displaying a badge and photo ID card. Officers asked Pitt if he was an officer and he stated he was a deputy with Jefferson County Sheriff’s Office. The vehicle Pitt was driving was not registered to any governmental agency, but was equipped with multiple working LED flashing blue lights in the fog lights, grill, front windshield and back window. The vehicle was also equipped with a working audible emergency siren. It was verified that Pitt was not a certified law enforcement officer. Pitt was arrested on scene for impersonating a peace officer and transported to the Shelby County Jail.”

Basement representatives have provided copies of an honorary Jefferson County Sheriff’s badge and a signed oath card presented to Pitt.

“No authority whatsoever and after the initial arrest where he pled guilty, surely he had a good understanding of that,” Christian said. “There is no excuse for it to happen a second time. It’s sad and really hard to believe.”