While construction of the first phase of the Northern Beltline will bring likely new routes and road closures to the Pinson area, the long-term prospects for the city are positive.

“Naturally, it will bring welcomed commercial development to the 75 and 79 corridors,” said Pinson Mayor Hoyt Sanders.

Sanders said the Pinson City Council approved a resolution supporting the construction of the Northern Beltline a couple years ago, something Councilman Joe Cochran called “primarily a ceremonial document.” 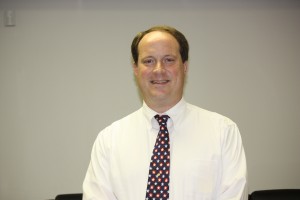 “I feel it will be good for Pinson in many ways,” Cochran said. “Commuting will become easier for our citizens and we will be introduced to an entirely new opportunity for growth in our city. I am sure there will be some discomfort during construction, but I do feel the end result will be worth the inconvenience in the short term.”

Pinson resident Phil Sims said the Northern Beltline will be positive for the Pinson and Palmerdale areas.

“I believe with proper planning, the communities along the Northern Beltline will have the ability to improve the quality of life and economic opportunities for their residents,” Sims said.

The U.S. Army Corps of Engineers on Monday signed a permit, giving the Alabama Department of Transportation the green light to being building the project’s 1.34-mile first phase north of Pinson, which will connect Highway 75 and Highway 79.

The Northern Beltline will be a 52-mile highway that will stretch from Interstate 59 in northeast Jefferson County to the junction of I-459 and I-20/59 in Bessemer.

Once construction begins, completion of the first phase is expected to take five to six years.

Construction of the overall project is expected to last 30 to 35 years and cost between $3.8 billion and $5.45 billion.