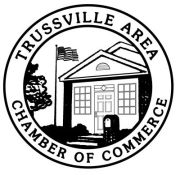 TRUSSVILLE — The Trussville Area Chamber of Commerce last week elected its 2014 officers and new board members.

Board members who will begin a three-year term in 2014 are Jeff Brumlow, Deana Carroll and Linda Burns.

The next chamber luncheon is Dec. 19 and will feature University of Alabama head softball coach Patrick Murphy.