Yes, I finally did it.

After years of resisting, mainly because I’m a penny pincher and was determined to squeeze every bit of possible use from my basic blue slide model, I joined a host of my connected friends in Smartphone Land last week. I even added texting to my skill set (well, I wouldn’t necessarily categorize my abilities “skillful” just yet, but I’m getting there) and began utilizing some pretty nifty apps.

To top it off, I bought an e-reader the same evening I got the new phone and began downloading books from the Internet like there was no tomorrow. The mere thought of acquiring the latest bestsellers for a fraction of the cost of a new hardback makes me giddy, and the number of freebie books available online thrills my discount-loving soul more than I can say.

So except for my lack of an iPod and an iPad, I guess you could say my arrival in the 21st Century is complete – at least until the next gotta-have-it electronic gadget comes along. And I hope that’s not anytime soon, considering I’m still getting used to the gadgets I’ve got. 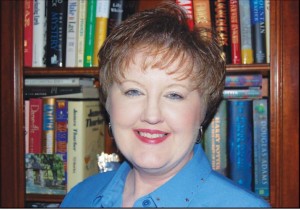 In hindsight, I probably should have waited to purchase either the phone or the e-reader. With two very different devices to become accustomed to at the same time, I’m swiping when I should be tapping and clicking when I should be punching, and getting nothing but irritated when I don’t get the results I desire.

I got so frustrated trying to figure out how to add contacts to my new phone last evening I nearly threw the darn thing against the wall. When Jimmie showed me it was a simple matter of tapping on a perfectly visible – and logically presented – icon with a plus sign on it, I was almost embarrassed. All I can figure is my brain was in overload, trying to soak in too much new technology at the same time.

Frankly, I’m feeling so up-to-my-eyeballs in technology that if I were to bring even one more device into the mix at this point, my head would likely explode. Besides, I can’t imagine what kind of device it would possibly be. With two computers at home, two more at the office and a smartphone in my purse, not to mention TVs, radios and a variety of other thingamajigs, I’m so overly-connected now it nearly makes my head spin.

And it’s actually unnerving when you think about it. With all the tracking mechanisms inherent in a wired world, using my electronic devices means that while I’m connecting to the outside world, the outside world is gaining information about me. Whoever researches such things has access to my Internet-viewing habits, my purchasing habits, my reading habits and more.

Which kind of makes me wonder why I felt so compelled to recently purchase not just one, but two, new gadgets by which my life may be further monitored. Just another example of the perversity of human nature, I guess.

Now that I’m this far in with the smartphone and the e-reader, however, I’d be hard-put to give them up. I’m enjoying them too much. But all of a sudden, my simple little dumbphone and a dog-eared paperback are looking a whole lot more sensible to me than they did last week.