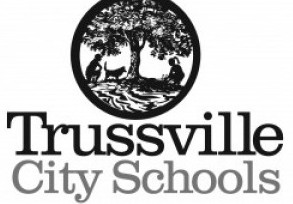 Amber Gibson, Isaac Searcy and Billy Smith will travel with 14 other students from the state of Alabama May 11-17 to compete in the Intel International Science and Engineering Fair in Los Angeles. They will compete against 1,600 students from around the world for more than $4 million in prizes and scholarships.

The trio’s project, a renovated cane to aid indoor travel for the visually impaired, won first place in the Mechanical and Electrical Engineering category, and also won the U.S. Department of Health and Human Services Award.

The group of Logan McAlpin, Ian Smith and Micah Starnes won second place in the Materials and Bioengineering category for its project on the absorption of cations from aqueous solutions using functionalized carbon nanotubes. The project won the ASM Materials Education Foundation Award.

Hewitt-Trussville High School Biomedical Sciences Academy Instructor Chris Walters said the students should be commended for their ability to explain the scientific concepts and their data collection to a diverse collection of science professionals and university professors.

“These students worked very hard on their projects in Mr. (Christopher) Bond’s and my class, and they represented the HTHS community in a very positive manner,” Walters said.