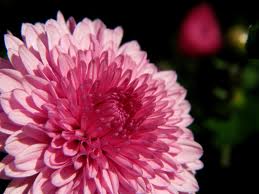 Posted By: Trussville Tribune staffon: May 27, 2014In: Obituaries
Print Email

Robbie Lucille Hughes Pass of Trussville died May 25, 2014. The family will receive friends for visitation at 9:00 AM, Thursday, May 29, 2014, with a graveside service following at 10:00 AM at Jefferson Memorial Funeral Home and Gardens, Trussville.

Mrs. Pass was born on June 17, 1918, in Pinson to John Jesse Thomas Hughes and Dullie Cena Fawcett Hughes who preceded her in death as did siblings, Marcie Self, Alice Martin, Tom Hughes, Fred Hughes, and Cecil Hughes.

Mrs. Pass was a member of First Baptist Church, Trussville, and the Golden Rule Chapter of Eastern Star. She worked in many positions but is best remembered in Trussville as assistant to the City Librarian and substitute teacher in the Trussville and Jefferson County School systems. In lieu of flowers, and because Mrs. Pass is the widow of a World War II veteran, memorials may be made to any charity aiding active military and veterans. Jefferson Memorial Trussville directing.