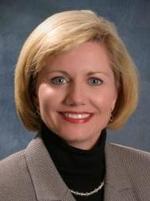 Freeman was hired in February by the new school system, which formed after breaking from Montgomery Public Schools.

Freeman was the first Trussville City Schools superintendent, serving from 2004 until 2012. In July 2012, the Trussville City Board of Education unanimously approved a contract settlement with Freeman.

Before her approval by the Pike Road School Board, Freeman was retired from public education but was working as a consultant for school systems. Freeman’s obligations to Trussville City Schools and other school systems concluded Monday.

Freeman said she consulted for Pike Road with its “early planning stages” in 2006. She said the new school system is “building from the ground up,” since no schools have been constructed yet. A school in the Waters community will open for students in K-8 in 2015. High school students will filter into Montgomery schools or private schools until Pike Road can have a high school.

Prior to that, she was the superintendent of Cullman City Schools since 2000. Freeman earned a doctorate in curriculum and teaching from Auburn University, and had worked for Auburn City Schools as an assistant superintendent and principal for the Auburn Early Education Center.