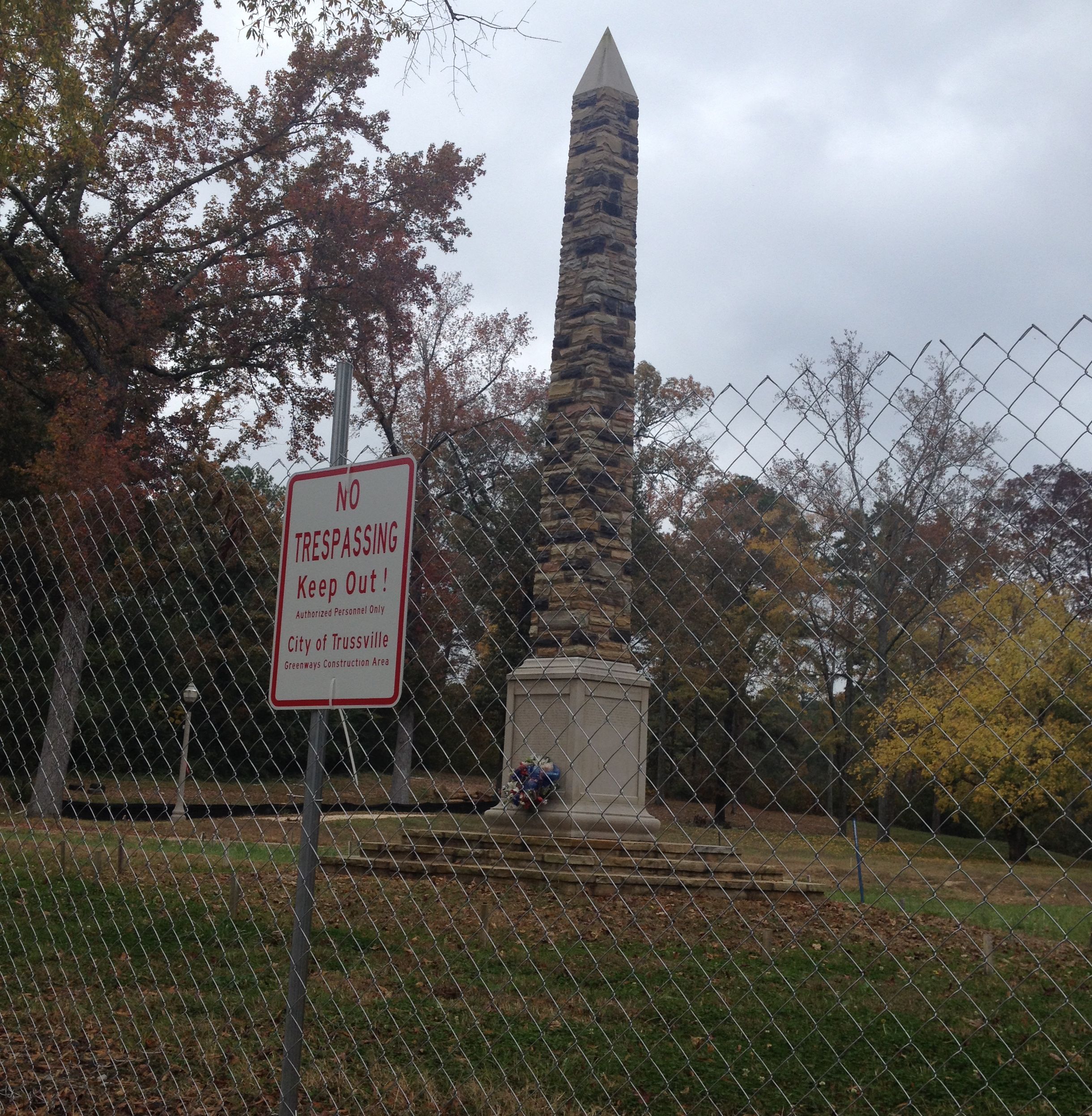 TRUSSVILLE — It will likely take 60 work days to complete the first phase of the Civitan Park greenway project in Trussville, according to officials.

A pre-construction meeting was held Wednesday at Trussville City Hall, in which Alabama Department of Transportation officials and KBR — the group supervising the project — met with officials from Walker Patton Contracting, the company that will perform the work.

The project includes finishing the parking lot and landscaping around the Veterans Memorial Monument on the Civitan Park side of the Cahaba River. This work was let for bid May 30, and Walker Patton Contracting was the apparent low bidder, coming in with a bid of $388,248.22. 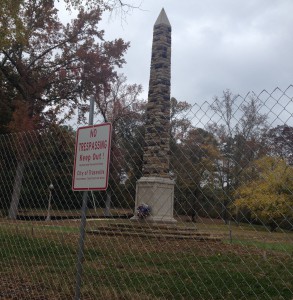 The Veterans Memorial Monument on Parkway Drive in Trussville is unfinished, as is the nearby greenway project.
file photo by Gary Lloyd

Officials from Walker Patton Contracting indicated they could begin work later this month, and would “do our best” to complete the first phase by Veteran’s Day. One official from KBR said the goal of the first phase is to get the monument side of the park open because Trussville residents have been “upset” at how long it’s remained closed.

Trussville Mayor Gene Melton stressed to the contracting company that starting sooner is better, that an area left unfinished is susceptible to flooding. It will need to be “quickly stabilized” before a lot of rain falls, Melton said.

The Civitan Park greenway project was divided into two jobs in November 2013. The second aspect involves the rest of the site, including linking the greenway from Civitan Park to the Trussville Sports Complex along the Cahaba River. The second phase is expected to be let for bid in December.

The $1.7 million greenway project began in April 2012 and was supposed to have been completed in the fall of 2012. The project has been in the works since 1998. The project is funded with a federal grant and administered by ALDOT. The city of Trussville has no supervisory authority over the contractor.

In the meantime, Melton said, an enhancement of the Cahaba River will also be taking place from the Civitan Bridge to the Cherokee Bridge. The city of Trussville in June hired North Carolina-based North State Environmental to enhance a stretch of the Cahaba River from Cherokee Drive to the Civitan Bridge. North State Environmental was awarded the project with a bid of $828,299.46. Melton said enhancements will include flood mitigation, steps to improve the river and river banks, and planting native species that will aid in controlling flooding. Melton has said he expects the enhancements to be complete by the end of December.

Melton spent much of last year’s Memorial Day weekend at Civitan Park as crews from ALDOT worked to address the problems the Alabama Department of Environmental Management listed in a project status report. Trussville could have faced a $50,000 fine had the problems not been corrected, which they were. The Trussville City Council in May 2013 approved of paying Cahaba Disaster Recovery up to $25,000 for work it did to clear debris from the Cahaba River on Memorial Day weekend. Melton said at the time that about 768 bales of hay were purchased and spread around the river at Civitan Park. Prior to that, several Trussville residents at a May 2013 Trussville City Council meeting asked about the project’s status. One called the area surrounding the memorial a “disgrace.”