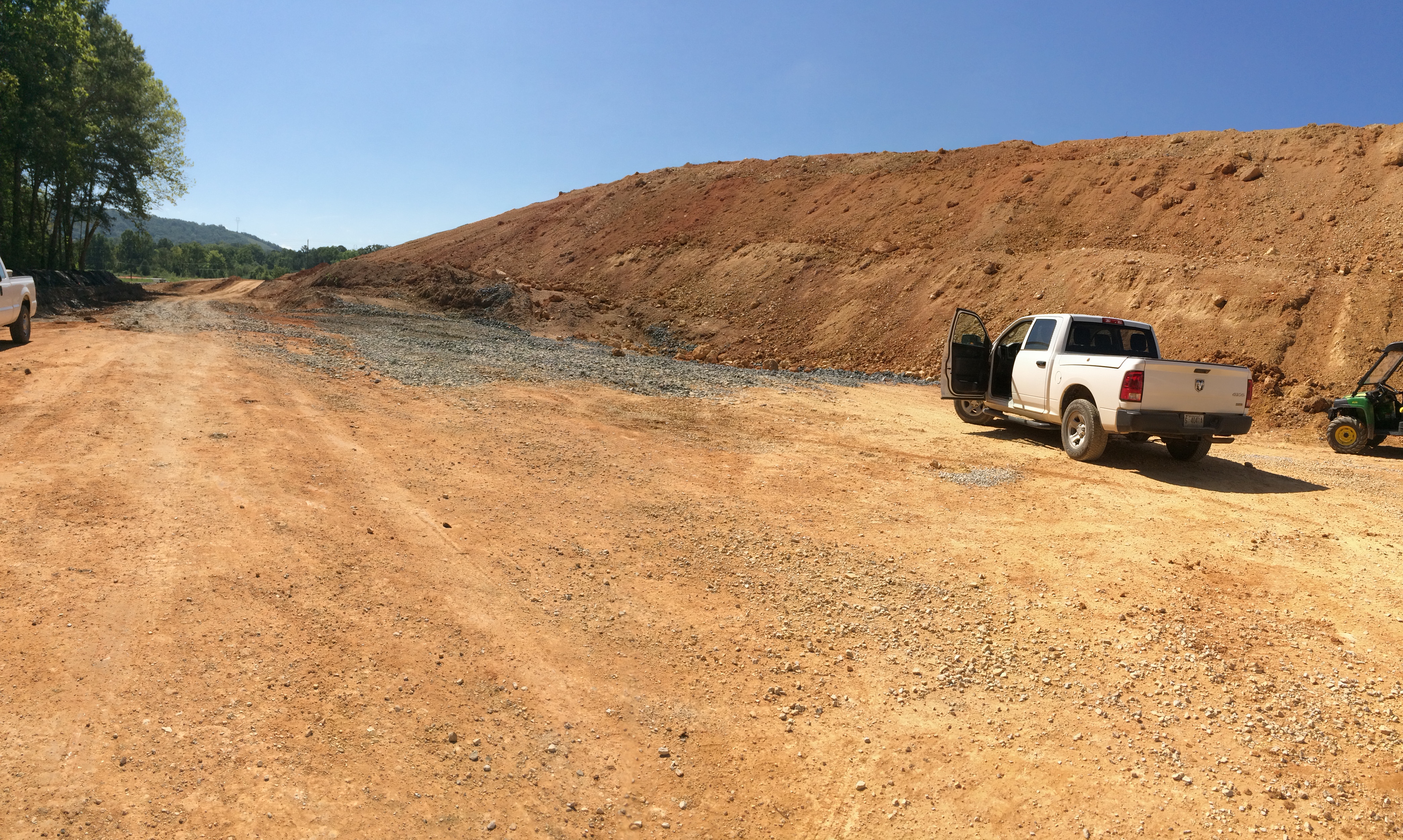 Construction continues at the site of the first phase of the Northern Beltline near Pinson. file photo by Gary Lloyd

PINSON — For now, it appears to be a dirt biker’s paradise.

The area just off Alabama Highway 75 in the Pinson area by Palmerdale United Methodist Church is vast, the walls of red-orange dirt built high. From the intersection of Clay-Palmerdale Road, those walls look almost daring, begging those with a Yamaha or Kawasaki to throttle the engine, forget the brakes and fly.

The area is cut deep into the woods now, the future home of the first segment of the Northern Beltline, 1.3 miles of a 52-mile highway that will connect Highway 75 with Highway 79. That work is the result of workers from the Alabama Department of Transportation and Wright Brothers Construction Company, Inc. of Charleston, Tenn., which was awarded the contract for the first phase of the project. 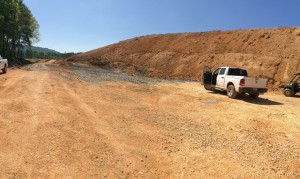 Construction continues at the site of the first phase of the Northern Beltline near Pinson last Thursday.
photo by Gary Lloyd

The estimated cost for the first phase is $46 million and is expected to be completed by mid fall 2016. The entire project will consist of a 52-mile multi-lane highway that will stretch from Interstate 59 in northeast Jefferson County to the Interstate 459 interchange with I-20/59 near Bessemer.

Last week, ALDOT hosted a media tour of the progress at the Northern Beltline site. It looks much different than in late April, when Gov. Robert Bentley and other government officials spoke at a groundbreaking ceremony.

Workers used machines to dig two-feet-deep holes to fill with stone, to add stability to the soft, wet soil near Self Creek. Near the top of a hill visible from Highway 75, short, white flags are placed in holes, markers that let workers know where a mixture of dynamite and fertilizer will be dropped in for blasting, to break up rock beneath the surface.

The biggest challenge so far, one ALDOT official said, is dealing with the environmental aspects of the job, since Alabama Department of Environmental Management regulations are strict.

At the very end of where construction has reached so far is Self Creek, which snakes through an area where a bridge hundreds of feet tall will eventually tower. Right now, a temporary bridge is being constructed so that heavy equipment can get where it needs to go.

University of Alabama Field Director Daniel Turner talks about one of the archaeological sites near the Northern Beltline construction last week.
photo by Gary Lloyd

Across the creek and deeper into the wooded area are three archaeologists from the University of Alabama. Field Director Daniel Turner said they are in their final stages of excavation after about seven weeks of digging and scraping in one of the only areas to find shade on the site. They’ve found spear points from the Archaic Period, arrowheads, a railroad bed from the late 1800s and even a piece of a broken glass medicine bottle from Tarrant, likely from the 20th century.

Turner said they want to find full pieces, artifacts that could help them learn who lived in the area, when and why. The multi-occupational site at which they were digging last Thursday was between some highlands and Self Creek, a “perfect location” for former natives.

“We’re not treasure hunters,” Turner said with a laugh.