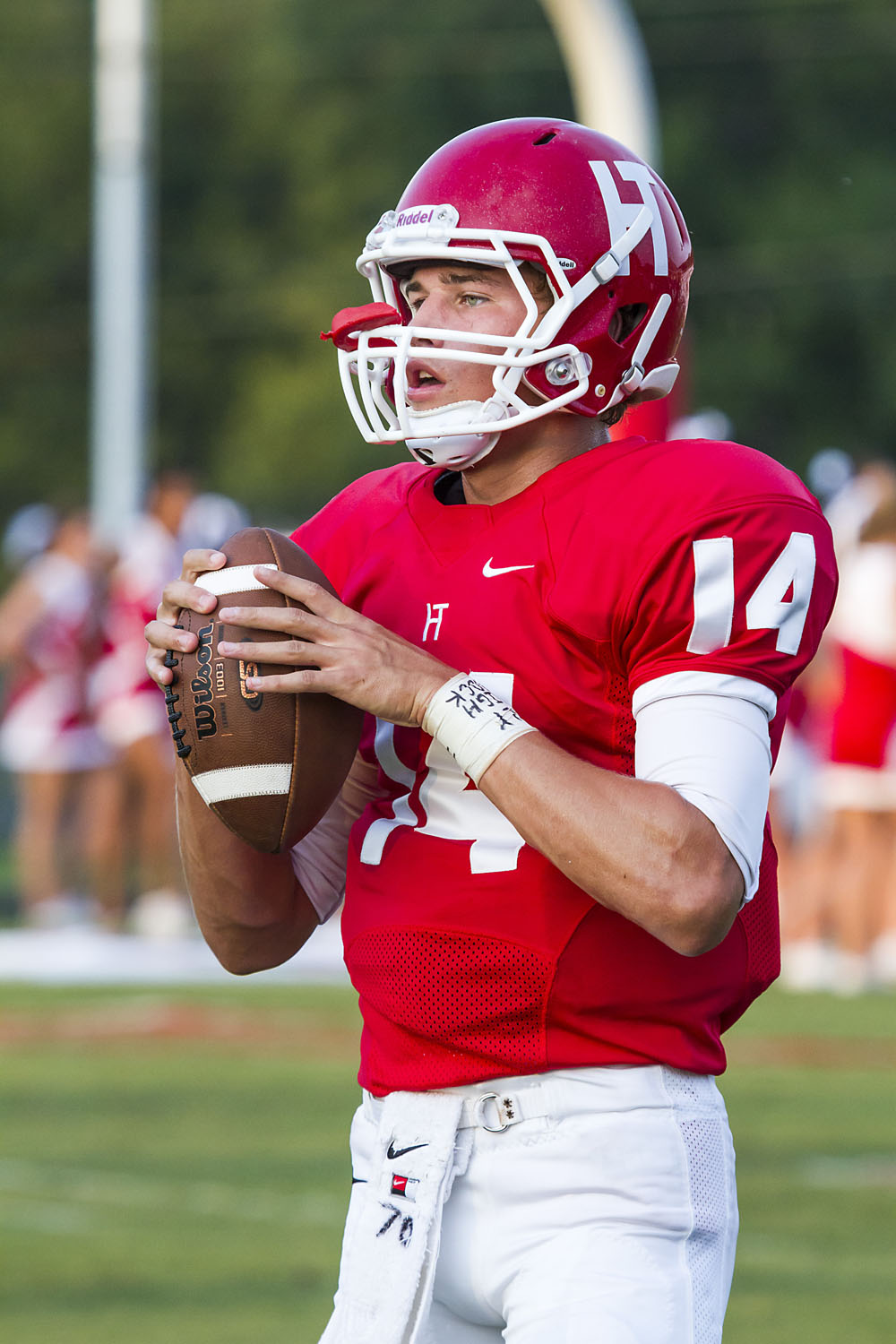 Huskies turn it on in second half, defeat Gardendale

TRUSSVILLE — When things were going well for Gardendale, the Rockets’ student section heaved baby powder into the air, leaving a cloud of smoke over the field at Jack Wood Stadium.

In the second half, Hewitt-Trussville left its own cloud of smoke, scoring 23 unanswered points to defeat Gardendale 30-24 in Josh Floyd’s first game as the Huskies head coach. It’s the 100th win of Floyd’s career. 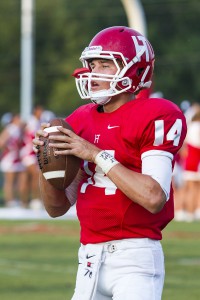 It was a tale of two halves for Hewitt-Trussville (1-0). Junior quarterback Zac Thomas was picked off by Demetrius King on the seventh play of the game, and he returned it 50 yards for the touchdown. Thomas answered on Hewitt-Trussville’s next drive, connecting with senior Cyle Moore for a 62-yard touchdown up the right sideline, tying the game at 7.

It was all Gardendale for the rest of the first half. Gardendale quarterback Zach Cupps found Steven Crowder for an eight-yard score on the first play of the second quarter to put the Rockets up 14-7. On Gardendale’s next drive, running back DeQua Houston scampered 47 yards to put Gardendale up 21-7. A 28-yard field goal by Seth Reburn gave Gardendale a 24-7 halftime lead.

Then, the tables turned.

Senior defensive back Deontay Wilson picked off Cupps just over a minute into the second half, and four plays later senior Devin Reed found the end zone from 20 yards out, cutting the deficit to 24-14. Gardendale’s next drive stalled after 10 plays, and a 55-yard run by Thomas set up a 17-yard TD rush by junior Jarrion Street, making it a 24-21 game.

Senior T.J. McGettigan booted a 25-yard field goal with 9:46 left in the game, tying it at 24. After a Gardendale three-and-out with just a few minutes remaining, Hewitt-Trussville took over at its own 35-yard line. The Huskies ran the ball seven times for 65 yards, capped by Thomas’ 12-yard game-winning touchdown run in front of the band and student section.

Gardendale fumbled the ball on the ensuing kickoff, and it was recovered by linebacker Jalen Williams.

“We’re proud of that,” said Williams, who finished with seven tackles, a sack and a fumble recovery.

Williams left the game for a little bit in the second quarter due to a knee injury. He came back to lead the Hewitt-Trussville defense.

“It’s just something that’s inside you, just such a heart and passion for this game,” he said.

Friday night was the last home season opener in Jack Wood Stadium. This time next year, the Cahaba Project will be quiet on Friday nights. Tubas and trombones and yelps from the Dog Pound won’t be heard down Oak Street. The echo of the voice coming over the PA system won’t reach Lake Street. Old cars and new SUVs won’t close in around The Mall, parked bumper to bumper.

Things will be new. Games will be played in a state-of-the-art stadium, between Hewitt-Trussville High School and the Trussville Civic Center. But on this Friday night, the last home opener at Jack Wood Stadium, the area boomed. In the second half, the band played loud, the Dog Pound yelling seemingly louder. The voice in the press box’s microphone beamed as the game got tighter and especially when Hewitt-Trussville took the lead for good. Everyone in the Cahaba Project could hear it, could feel it.