TRUSSVILLE — The Trussville City Council last week agreed to a land swap with the Trussville Utilities Board.

With the swap, the city gets a 39-acre tract on Mary Taylor Road that will be the future site of a new elementary school near the Magnolia Place subdivision. The city originally purchased this property from a developer, and later sold it to the Utilities Board.

The land has routinely been identified as the “Mary Taylor Road 39 acres” but will now be addressed as 5400 Hidden Way Lane for the new elementary school. 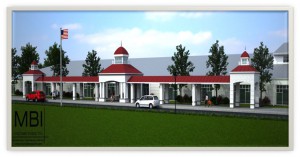 The Trussville City Board of Education last May voted in favor of two new elementary schools, to be located in the Magnolia Place area and at the historic New Deal-era school on Parkway Drive in the Cahaba Project. Each school will house roughly 400 students, with a capacity of about 500. Construction, including equipment necessary for students to move in, will cost a total of about $18 million.

Melton said that if the Longmeadow subdivision eventually reaches the area behind Sam’s Club and Kohl’s, there could be a park area constructed as part of the green space.

No money was involved in the land swap, Melton said.