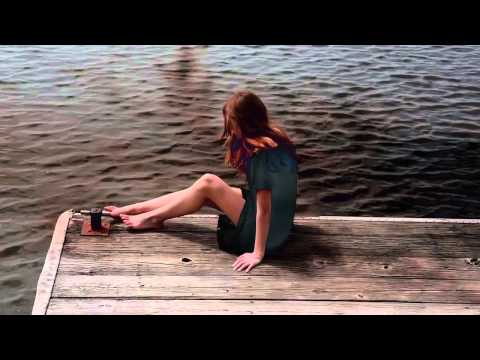 Amanda Shires is a fiddle player who grew up in Lubbock, Texas and honed her craft with the Texas Playboys. She’s spent the early days of 2015 touring with the legendary Gregg Allman.

She’ll return to Birmingham for a solo show for the first time in several years on Friday. Before her set, she spoke to Weld about touring with Allman, biscuits, Dolly Parton, Leonard Cohen and Alabama football.

Weld: What have you learned about Gregg Allman that you didn’t already know?

Amanda Shires: The scary thing about meeting people that you admire is that they could be not cool or not nice, but I learned that he’s a really nice guy in real life.

Weld: You joined the Texas Playboys at a very young age. How did they find you and how was that band honoring the legacy of Bob Wills while you were a part of it?

AS: I met them through a private music teacher that I was working with named Lanny Steele, and he had been working with the fiddle player in that band learning fiddle tunes and stuff. I was really interested in it and we were playing fiddle tunes around and stuff, and he introduced me to Frankie McWhorter, who I also learned fiddle tunes from. Through him, I met all of the rest of the Playboys.

At the time, Tommy Allsup was living near Lubbock in a place called Snyder, Texas and he started asking me if I would come join sometimes. I guess it was because I lived so close, but I guess it was also because I didn’t mind playing the third fiddle part — you know, the part that isn’t the most fun.

When I was young, I don’t think I understood their legacy, I just loved playing the music. Looking back on it, I think, “Wow. That is pretty cool!” But I didn’t know anything about it until I was — I was young, still. I was about 15 when I was in the band.

Weld: How much younger were you than your peers in the band?

AS: They were all, like, grandfather age. 70s. 80s. They don’t get out that much anymore. I don’t even know if they have a proper group anymore.

Weld: I know you picked up your first violin at a pawn shop when you were 10, but I don’t feel like people begin with violin. What was your gateway instrument?

AS: It was violin. We were at the pawn shop — my dad was getting a hunting knife and I saw it on the wall and I just thought it looked cool. And I wanted to play it. I got it and broke all the strings off of it. I wasn’t a prodigy the first time I picked it up or anything like that. I just liked it. It looked cool. I think that’s all I ever really needed.

Weld: Are you having fun with the ukulele?

AS: Yeah, I’ve been doing the ukulele since — I started writing on the fiddle in college, but I didn’t really have the language to communicate what I was doing to other band people. That’s why I started the ukulele. I wanted to be able to communicate better with the band, tell them what specifically I was hearing. It’s also pretty difficult to back yourself up if you’re singing a song on just the fiddle. The whole chords aren’t behind you if you have a guitar or a ukulele or something like that.

Weld: How did you end up in Nashville?

AS: I left Texas because I didn’t want to be just a fiddle player, a side person. I was working with Billy Joe Shaver and he said, when we were riding in the car and I was playing him some song from a fiddle record that I had made, he was like, “You should be a songwriter. You can really do this. You should move to Nashville and be a songwriter.”

And I thought, “Well, that’s a good idea, but why can’t I be in Texas and be a songwriter?”

So I started in Texas trying to only take gigs — trying to book myself and play my own songs, but everybody was mostly just calling me to play a fiddle in their band. So that didn’t work out well. I left and moved to Nashville to start over and, I guess, because I wanted to wait tables [Laughs].

I waited tables and saved up money for West Cross Timbers, then after I did that, I quit waiting tables and made Carrying Lightning and Down Fell the Doves, and here we are!

Weld: Who or where makes the best biscuits in Nashville?

AS: Husk Nashville. Or Loveless Cafe.

Weld: Are Dolly Parton comparisons intimidating for you?

AS: Only in the chest area. [Laughs] If anybody makes comparisons, I always feel like it’s a high compliment.

Weld: What’s the most important thing you learned during your creative writing pursuits at Sewanee?

AS: I think the most important thing that I’ve been learning is how to edit. I don’t know. Sewanee’s hard.

I’m still working on my thesis. I think what I’ve learned is — you know how sometimes you’re writing and fiddling with simple things like prepositions or adjectives, it makes you think of every word and the meaning of it so you can sift through it a little quicker and make sure that you’re using the right word? I guess it would be precision that I’m trying to describe, but I don’t know if I’ve had enough practice to do that like Leonard Cohen or someone like that.

Weld: What are the three greatest Leonard Cohen songs of all time?

AS: Holy crap! “Bird on a Wire”. Everybody thinks “Hallelujah”, because it is awesome. I really like the Field Commander Cohen record. All of it.

Wait — what are yours?

Weld: Well, I don’t think you’ve narrowed yours to three yet.

Weld: I mean, if you want to do a whole record, that’s fine.

AS: Oh! Well if I was going to pick out songs for people to start with, I’d pick out different ones so they would stay on board.

AS: “Take this Waltz” — it’s a translation of a Federico Garcia [Lorca] poem put to music. I think that one’s beautiful. “So Long Marianne” and “Hallelujah”. That’s what I’d give a beginner listener.

Weld: You have a “Hallelujah” tattoo, right?

AS: Yes! The other ones that I considered getting were the line where he talks about, “All I ever really learned from love was to shoot someone that outdrew you.” I would have gotten that one, too.

Weld: The line you chose is “Love is not a victory march, it’s a cold and it’s a broken Hallelujah,” right?

AS: Yes, hell yeah. There’s a whole book that was released last year just about that one song.

AS: They’re awesome and comfortable, and also if the mailman or someone comes to the door, you don’t have to feel like, “Oh, crap, my nipples are kind of poking out through this shirt.” You know what I mean?

Also, it can scare someone away. I don’t know. They’re very comfortable. Have you not had one?

Weld: In a hypothetical football game between Texas Tech and Alabama, what colors would you wear?

AS: Me? I wouldn’t go. I don’t know how that would affect my relationship with my husband.

I would ask to just ride the mascot horse around or something. I wouldn’t even know where to sit.

Weld: You did your undergrad at Texas Tech, right?

AS: Yeah. That’s what makes it even more difficult. The thing is, I like Alabama. They play good. They’re fun to watch. Jason [Isbell, alt-country star and Shires’ husband] went to Memphis — he doesn’t follow the Memphis team.

Weld: Wait, are you questioning his fandom?

AS: No! [Laughs] He’s from Alabama, so it makes sense. I can’t say anything. See where you got me? I’m trying to be neutral here. [Laughs]

Where the hell would you sit?

Weld: I’m an Auburn graduate, so I wouldn’t really care who won a hypothetical game between Texas Tech and Alabama.

AS: Oh [expletive]. You wouldn’t go to the Iron Bowl and sit on the Auburn side?

Weld: Well, yeah. But I don’t care about this made up game between Texas Tech and Alabama.

Weld: When can we buy a new collection of Amanda Shires songs?

Weld: So it’s written. Will you try any of that material out on us?

AS: No. [Laughs] I need to practice the songs. In these modern times that we live in, folks like to do that thing where they take lots of videos and I’m not ready for my babies to be put on YouTube yet. I think when they grow up and they walk around and they learn how to drive a little, I think they can be on the YouTubes when they’re ready.

It’s like those people that take pictures and videos of their kids all the time. The kids have no choice. They have to live with that.

Weld: Who are the top five American rock bands of all time?

AS: [expletive] Tom Petty. Tom Petty would be number one if there has to be a rank.

AS: How could it not be? Is that on everybody’s list?

Weld: It’s been a lot lately.

AS: I get two more. Is Bonnie Raitt considered a band? She’s also kind of more blues.

AS: [Laughs] I’m imagining my CD collection at the house. R.E.M.

Weld: That’s number one for me!

AS: I would put them at number two for me. Number one for you. Led Zeppelin? Well, they’re British.

Weld: I mean, you had five.

AS: Who’s five? Oh no, let’s take Bonnie Raitt out.

Weld: So you had R.E.M. and Nirvana and Skynyrd and Tom Petty.

AS: And then I have to have one more! The Cars are from here aren’t they? The Cars are awesome. If you like happy songs.

Talking Heads! Can I pick them? That’s my fifth one.

AS: We’ve gotta put Nirvana at number five, though.

Weld: Okay. Nirvana falls to number five and everything else bumps up.

AS: Yes! I really appreciate you letting me adjust my list.

Amanda Shires will perform at the WorkPlay Theatre on Friday, Jan. 16. Tickets are $12 in advance and $15 on the day of the show. The show begins at 8 p.m. and there is no opening act.