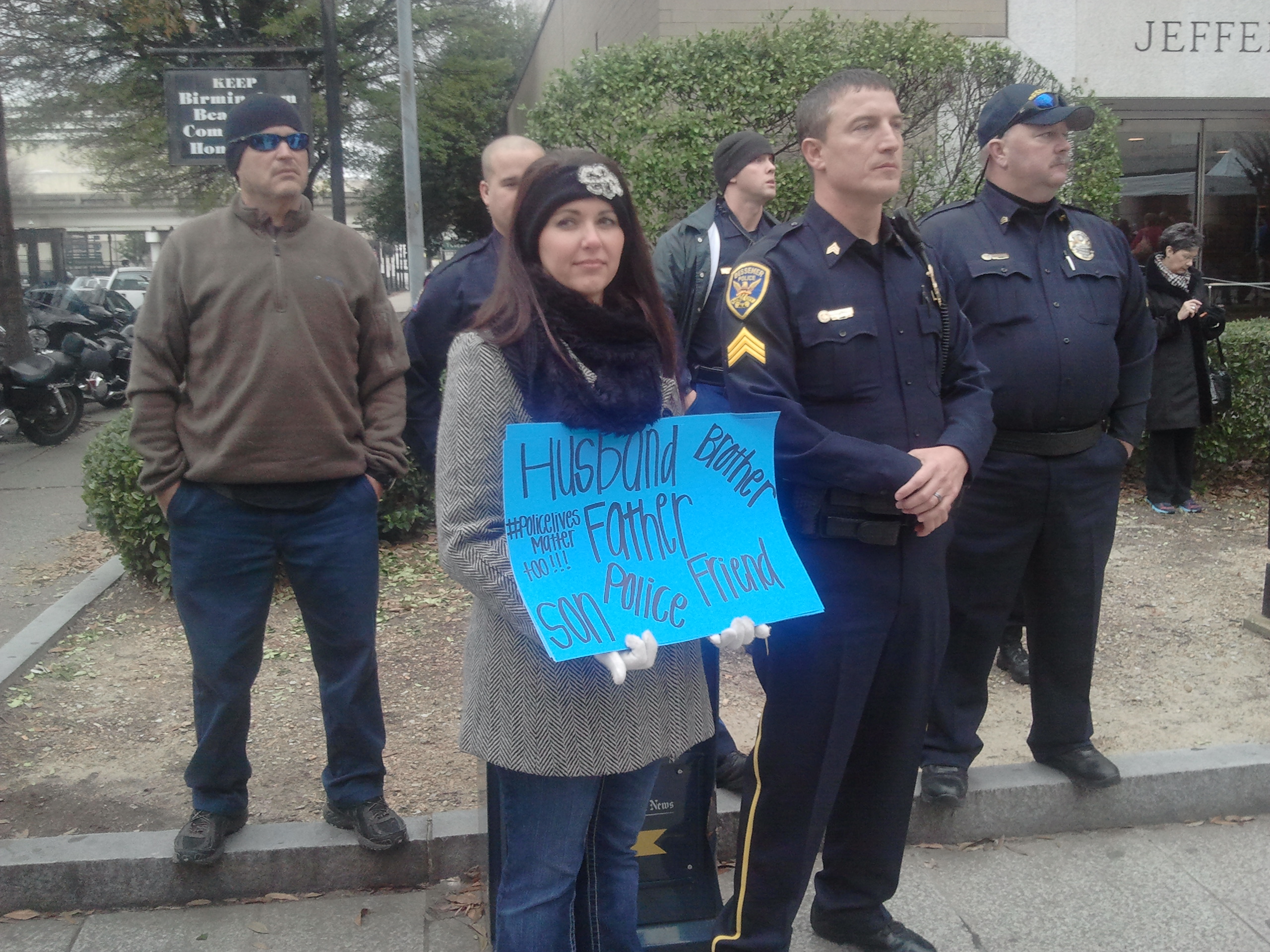 A scene from the event photo by Scott Buttram

The rally was held in front of the fallen centurion at the Jefferson County Criminal Justice Center in Birmingham.

The event, emceed by former police officer Scott Morro, featured speakers from several law enforcement agencies across the Birmingham metro area. The purpose of the rally was to show police officers they have support. 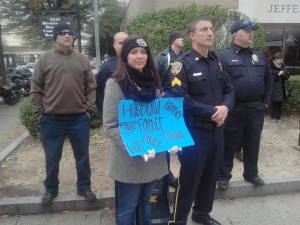 A scene from the event
photo by Scott Buttram

“We certainly believe all lives matter and want our personnel to understand that we support them and remind them that the overwhelming majority of America regardless of race or gender supports them,” said Jefferson County Sheriff’s Office Chief Deputy Randy Christian. “I think maybe that message has gotten lost a little with all of the attention given recently to current events and the reaction to that.”

Christian said the event wasn’t a response to other rallies. In December, a Black Lives Matter protest was held at the Summit shopping center in Birmingham to protest the recent deaths of two black men, Michael Brown in Ferguson, Mo., and Eric Garner in New York, during police encounters. Grand juries in both cases refused to indict the law enforcement officers involved. In December, two New York Police Department officers were shot and killed while sitting in their patrol car.

“It is not anti anything or anyone,” Christian said of Sunday’s rally. “We would not and will not condone that. It is just a ‘We support you and believe in you and we want you to know that gathering.’”

The Trussville Police Department did not participate in the rally.