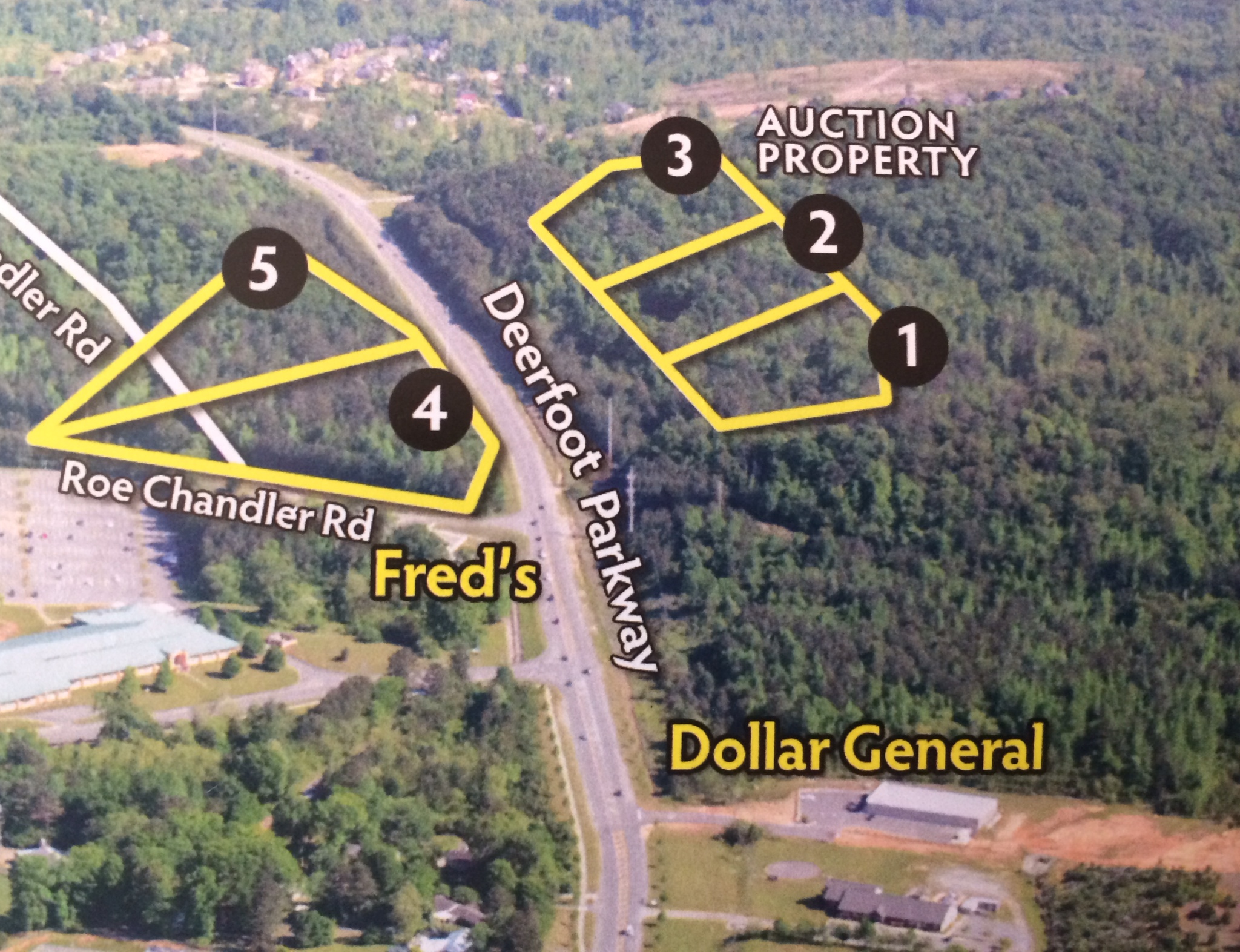 TRUSSVILLE — Five parcels along Deerfoot Parkway in Trussville were auctioned off Thursday to three different bidders.

Each parcel was auctioned off individually. 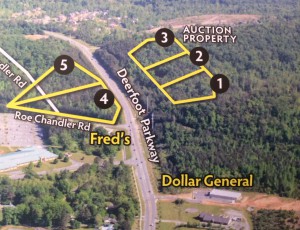 Each bid winner had to put down $10,000 earnest money or 10 percent of the bid, whichever was higher. Closing on the parcels takes place in the next 30 days.

The sellers of the land were Charles Lewis and Jeff Lewis. The properties had been in the family for three generations.

The land is zoned for qualified commercial with road frontage on Deerfoot Parkway and Roe Chandler Road.

Granger, Thagard & Associates performed the auction at the Comfort Inn in Trussville. President Jack Granger said during the auction that the five parcels are “in the path of progress.”

“Is Deerfoot Parkway growing or what?” Granger said during the auction.