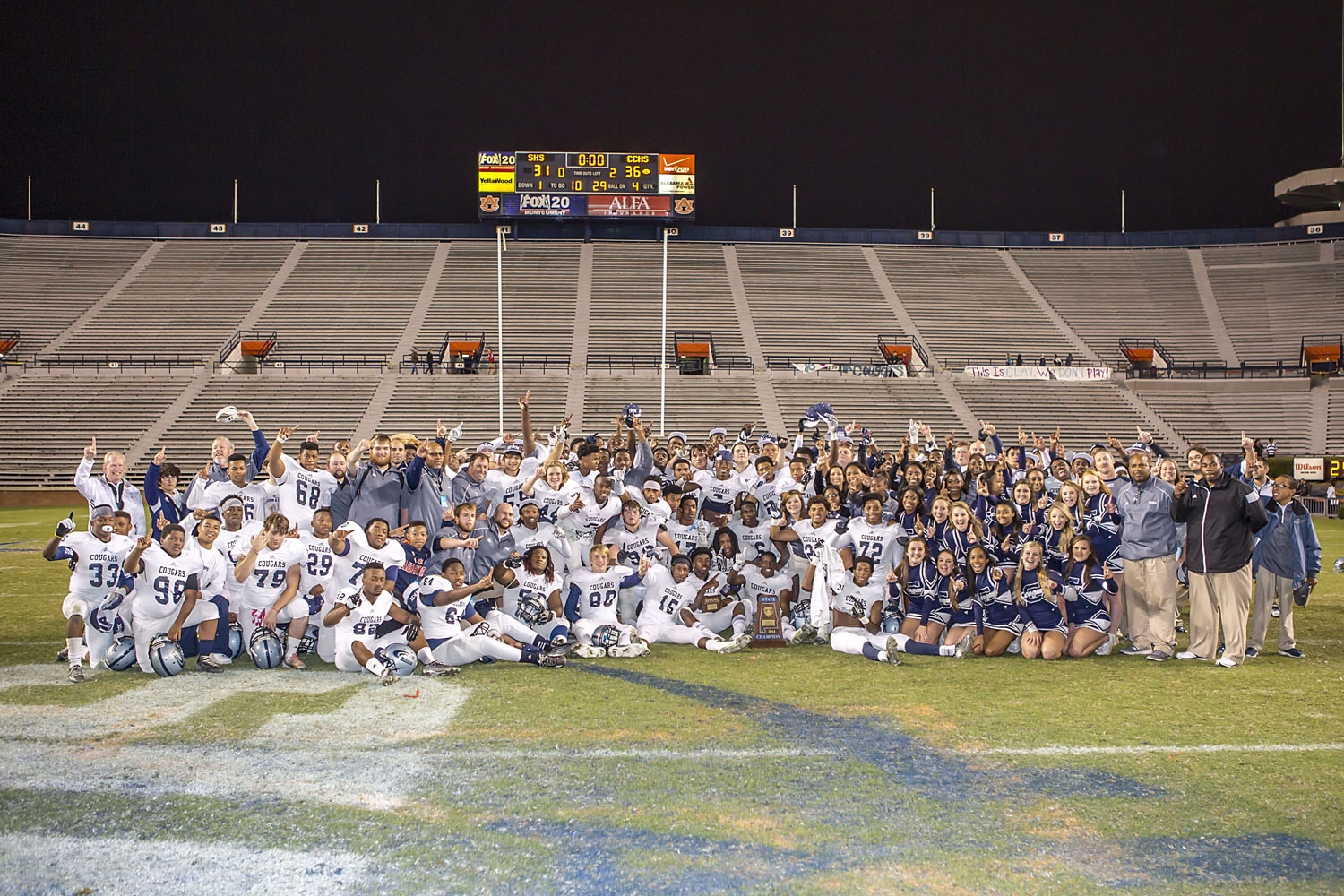 CLAY — The Clay-Chalkville football team will be honored for its place as one of the top football teams in America on Friday.

The Cougars, fresh off the Class 6A state championship, will host the Alabama High School Athletic Association trophy presentation along with a presentation from MaxPreps for finishing as one of the top 50 teams in the nation. The event will take place Friday at 9:30 a.m. at Cougar Stadium. 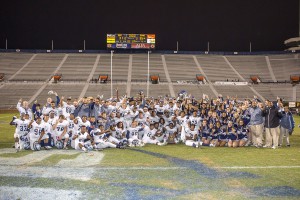 The Clay-Chalkville varsity football team poses for a photo after defeating Saraland 36-31 on Dec. 5 in Jordan-Hare Stadium for the Class 6A state championship.
file photo by Ron Burkett

It was a season of many accomplishments and accolades for Clay-Chalkville, as junior quarterback Ty Pigrome was named the Alabama Sports Writers Association Class 6A Back of the Year on Jan. 14. Pigrome was instrumental in the Cougars’ 15-0 season, racking up 61 total touchdowns — 36 passing, 24 rushing and one receiving. The team had eight players named to the All-State team.

Clay-Chalkville’s thrilling 36-31 victory over Saraland in the state championship game gave the program its second title, with the first coming in 1999.

The season was not without adversity for Jerry Hood’s team. Running back Terelle West – who will leave Clay-Chalkville as the school’s all-time leading rusher – tore his ACL and MCL in the team’s playoff game against Muscle Shoals. Art Smith stepped in and filled the void admirably to carry the load the rest of the way.

Clay-Chalkville is back in action in a few months, as the Cougars will hit the road to play Bessemer City in a spring football game May 15 at 6 p.m.