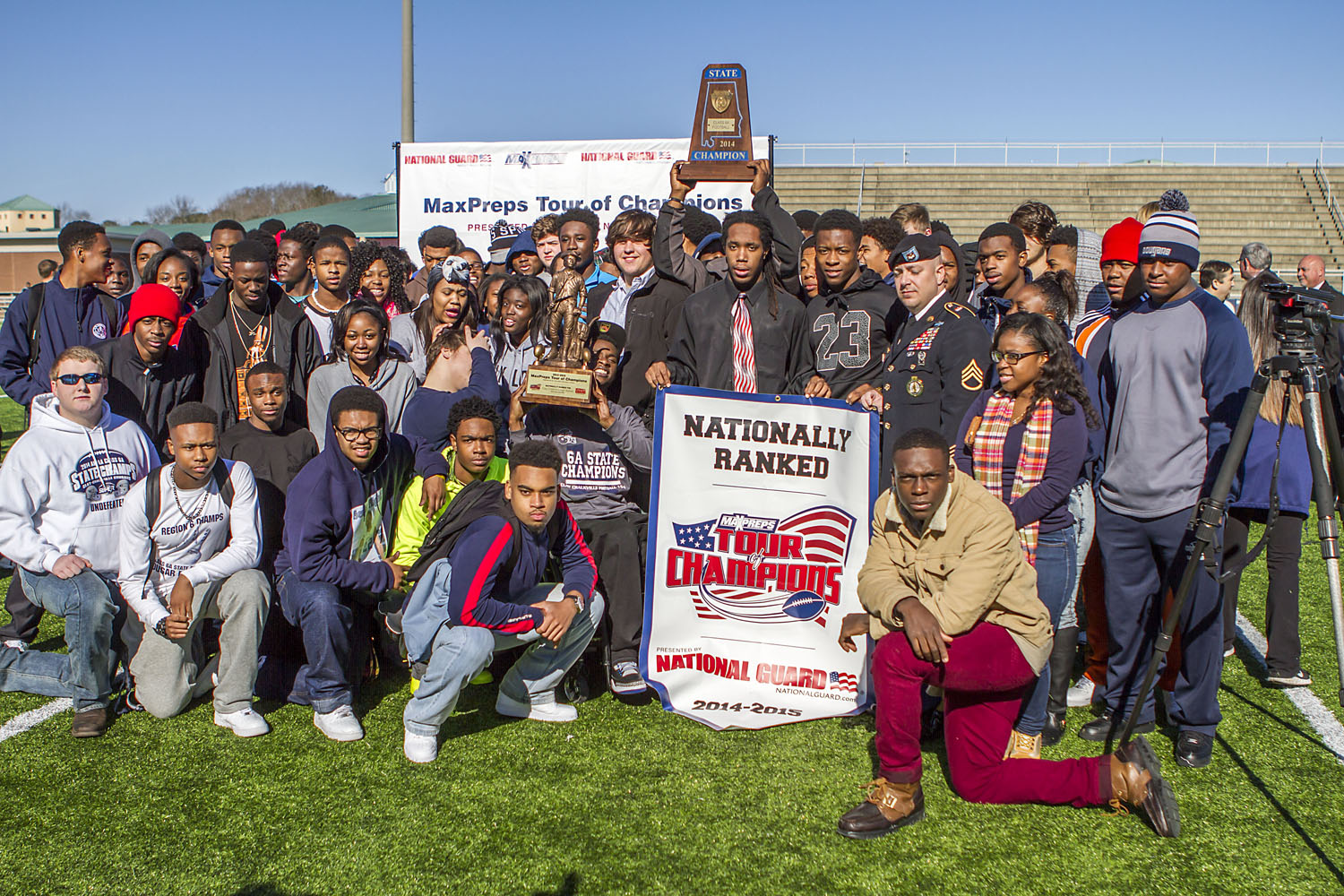 Standing before a packed home grandstands with local city officials at his back, he opened with a shout-out to the Clay-Chalkville Middle School football team for winning the Metro South Championship. 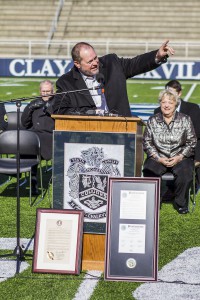 But it wasn’t the middle school team that drew the occasion. Hood and his Class 6A state championship team were being honored by MaxPreps, a national high school sports media website, as one of its top 50 programs in 2014.

The Cougars landed at No. 35 in the final poll. They along with Class 7A Hoover were the only state teams to crack the top 50, with the Bucs coming in at No. 44.

Shortly after congratulating his future players on their Metro South hardware and talking of the adversity his team overcame on its way to a 15-0 season, Hood and his roster were presented with the Army National Guard national ranking trophy.

“For the past decade, MaxPreps, in partnership with the Army National Guard, has honored the top high school sports teams in the nation. Clay-Chalkville High School is one of a very select and elite group of football teams to be honored this year,” said Andy Beal, president and founder of MaxPreps. “We congratulate (Hood), players and the Clay-Chalkville High School community for earning the Army National Guard national ranking trophy.” 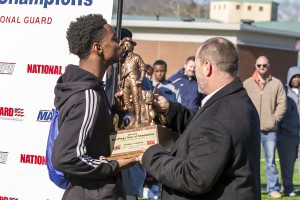 The website is celebrating its 10th year touring the nation’s most outstanding high school football programs. It started in 2005 by celebrating the country’s top 10. It’s the Cougars’ first time on the tour.

“They did us real proud, going 15-0 is a great accomplishment, you know you face so many adversities throughout the season and they overcame it and finished it off with a dominant performance,” said former Cougar standout and current San Francisco 49ers defensive lineman Quinton Dial. “They represented their community real well.”

MaxPreps pulls its top 50 ranking from a pool of more than 16,000 teams from across the nation. Clay-Chalkville was also officially presented its Class 6A state championship trophy from the Alabama High School Athletic Association.

“It’s just a great day for Clay and I’m so proud of this football team, I mean what an accomplishment,” Hood said. “We’re excited to be recognized by the state, MaxPreps, all these guys.”