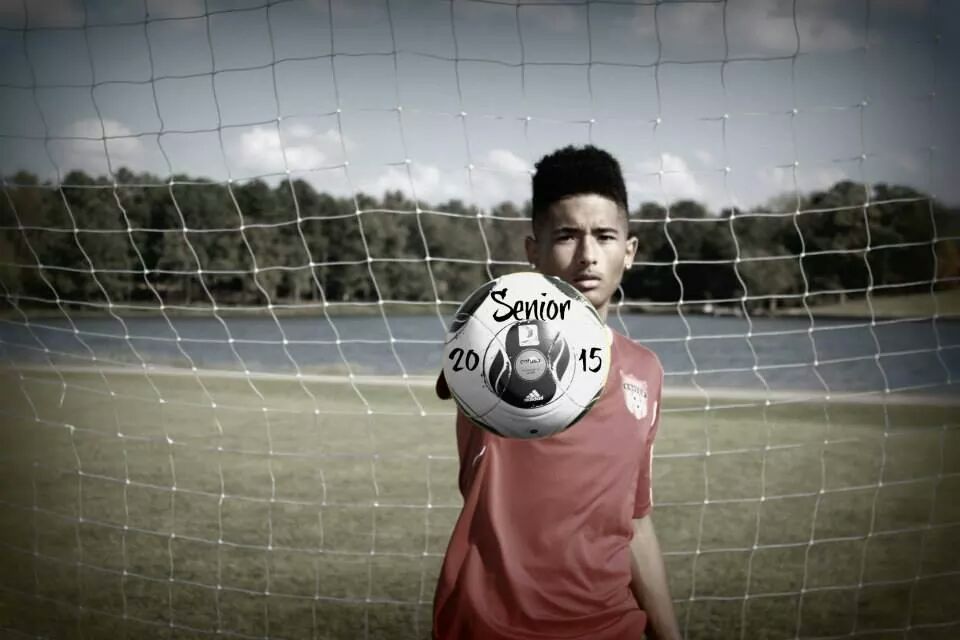 PINSON – Two years ago, Jordan Walton couldn’t find a team to play for, at least not one that believed a football should come without laces.

He was a purebred soccer player passing his time away in a Pinson Valley football uniform, but things were about to change.

Why was this gifted athlete wearing kneepads when he should’ve been sporting shin guards? He was physically and psychologically burnt out.

Walton, who began playing organized soccer when he was 4, was tired of the grind associated with the sport and his young bones agreed. He was diagnosed with osteochondritis dissecans – a joint condition in which a piece of cartilage, along with a thin layer of the bone beneath it, comes loose from the end of a bone – in middle school.

“I just wasn’t physically fit to come back and play soccer so I played football,” said Walton. “Pain, when bone is breaking off at the knee, that’s painful and it’s nothing that I caused. It just happened from being too active.” 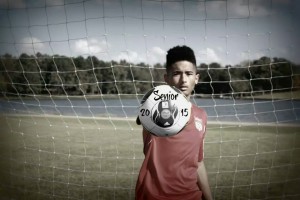 Walton could have never imagined that he would be signing a college soccer scholarship with Meridian (Miss.) Community College as a senior for the Indians.

He took a year-and-a-half long break from the sport that came to an abrupt ending in the middle of a lazy afternoon on the couch. After watching a televised soccer tournament (Euro 2012), he knew it was time to dust off his old cleats.

“I’ve always been around the game with my dad and my grandfather, always loved soccer,” Walton said. “My first love was hockey, but I’ve just been around soccer, my aunt coached, everybody in my whole family played so it was only right that I played.”

Despite his long absence, Walton, as a sophomore in 2012, quickly saw his game elevate to its previous level, and he knew he had found his calling.

“I quickly got back to how I was and I was just like, ‘All right, I should just stick with this’ because if I can sit out for (well over a year) and not touch a ball and then come back and maybe take a few months and still produce, there must be something there,” Walton said.

He was right. The forward/midfielder scored eight goals in as many games for Pinson Valley as a sophomore, but really found his way as a junior, scoring 30 goals and recording eight assists in 19 games. Five of those scores came in a single match.

“I’ve been doing this since I was a kid and this is really nothing new, just better teammates now in high school and my game’s more developed,” Walton said.

That development didn’t come over night. Although his natural ability was always there, it took some lengthy conditioning sessions at Willie Adams Stadium to get back in soccer shape following his knee injury. 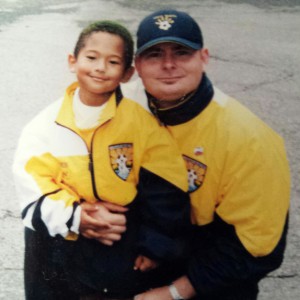 A young Jordan Walton with his father, Tony
submitted photo

“The hardest thing was trying to find a team to play with because I wanted to come back so late and the season was about to start,” Walton said.

His father, Tony, who has coached Walton his whole life, credits much of his son’s success to intelligence and passion. Opposing coaches and players often compliment Tony on his son’s coach-like presence on the field.

What the opposition doesn’t see is Walton’s constant attachment to the game. If the Waltons are home, chances are Tony and his son are watching their favorite sport with a worn soccer ball at their feet.

The passion Tony passed down to Walton might leak down to his youngest son, Jaryd. With his big brother playing in a jamboree match over the weekend, the 9-year-old paced Mountain Brook’s track, never taking his eyes off his favorite player or his feet off an old soccer ball.