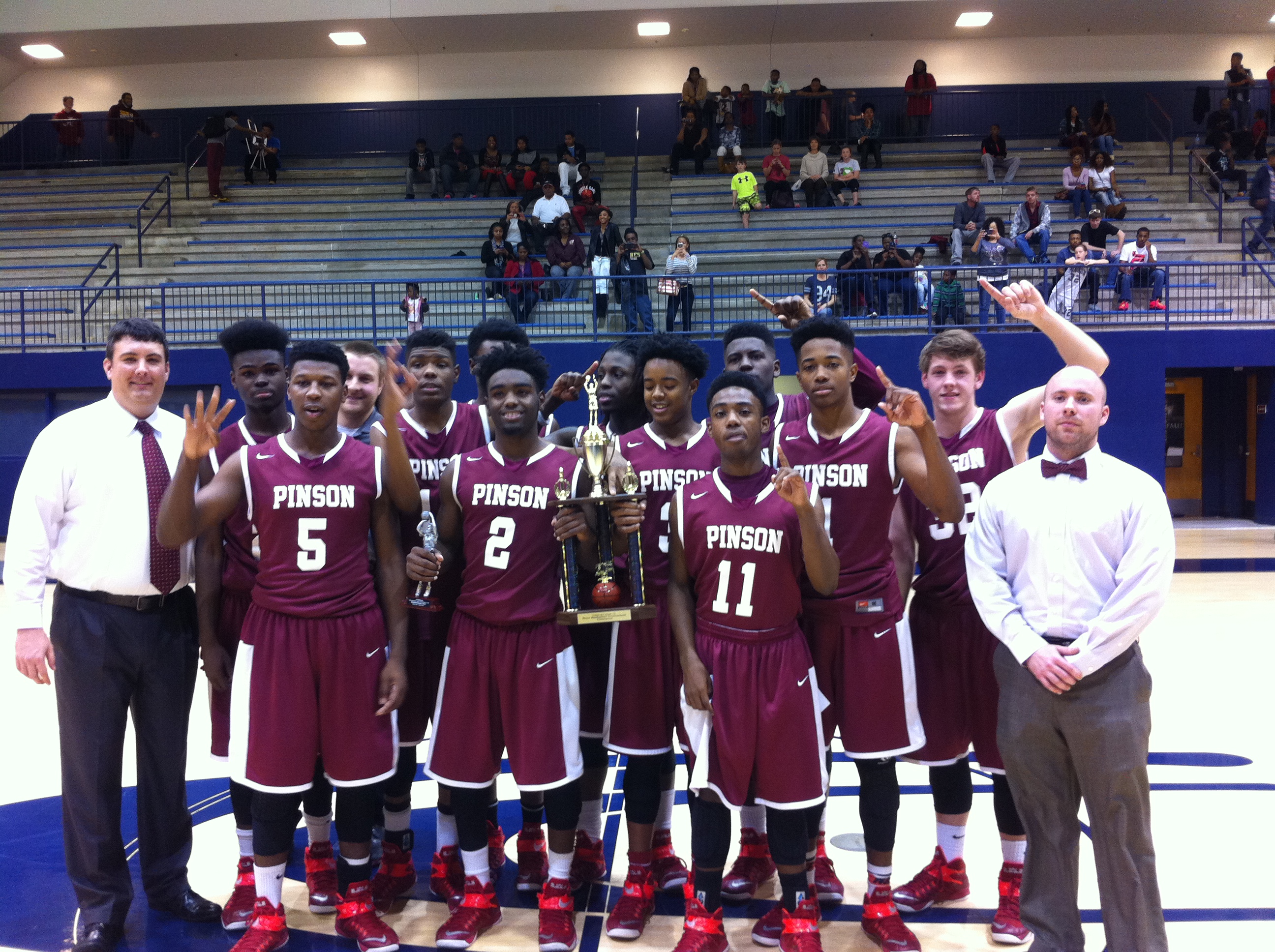 CLAY – Being the bottom seed at the Class 6A, Area 12 tournament didn’t bother Pinson Valley. Neither did trailing by 15 points early in the second quarter against tournament host Clay-Chalkville in the championship game Saturday.

The Indians set aside all the unlikely scenarios and grinded through Center Point 55-54 on Thursday night and followed it up with a 76-68 win over the Cougars on Saturday afternoon to win their third straight area championship.

“Maybe these seniors have understood that it’s win or go home at this point. You’ve got to start playing better or you’re not going to be playing in the postseason,” said Pinson Valley head coach Clint Argo. “Everybody’s playing harder than we did earlier in the year and that’s a lot of credit to the guys and how they’ve changed their mindset.” 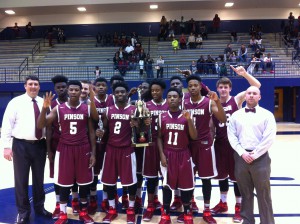 Saturday’s game looked like it was supposed to early with the last-place Indians falling behind top-seeded Clay-Chalkville 7-0 not two minutes into the contest.

Head coach Jeremy Monceaux’s Cougars did what they do best before star point guard Hasan Abdullah went down with a nagging injury late in the opening frame.

They were stepping into passing lanes and getting to the rim on the other end, but there was a problem, and his name was Donevan Waldrop.

“(Waldrop) has been hot lately,” Argo said. “He’s had about four or five really big games here at the end of the season.”

Waldrop, Pinson Valley’s starting point guard, didn’t waist any time cutting into Clay-Chalkville’s eight-point halftime lead. He started the third frame with a floater in the lane followed by an interception that resulted in an easy lay-up to cut the Cougars’ lead in half.

Three minutes later, he connected from behind the arc to give Pinson Valley its first lead of the game at 41-40 with 3:30 remaining in the third.

That’s when Abdullah checked back into the game, but it didn’t matter. He was well under 100 percent and Waldrop still couldn’t miss. That one-point lead quickly grew to double digits.

Waldrop finished the afternoon with 29 points, which matched his total against Center Point on Thursday. His stellar performance earned him the rights of the tournament’s most valuable player award.

He got tremendous help from fellow guard D’Andre Hart and power forward Cornell Hale, both of which were named to the all-tournament team. Hale went for 10 points and Hart added eight of his own.

Abdullah did manage to sink a 3-pointer midway through the fourth, but the opposition still led by seven and had no intention of falling down the stretch. Two late baskets by Cordarius Reese along with one from Hale and a few free throws were enough to seal the deal for the Indians.

“It’s the energy that (Abdullah) brings,” said Waldrop. “He’s a good player and he just gets everybody else going, so you take him out, basically you can shut everything down.”

Pinson Valley will enjoy home-court advantage Monday night in the Class 6A Northeast sub-regional game. Clay-Chalkville will now have to hit the road for the opening round of the playoffs.