LATEST NEWS
Home Weld for Birmingham Linking with the environment 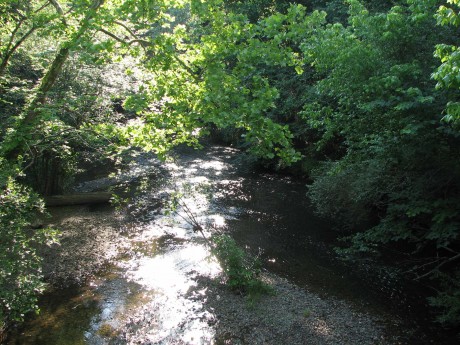 Linking with the environment

Each year, the CRS gives out Watershed Conservation Development Awards to organizations that “promote projects that have taken an innovative approach to being water smart,” according to Beth Stewart, the executive director for CRS. This year at the Jan. 29 meeting, two longtime Birmingham organizations received the award: UAB and McWane, Inc.

UAB won for its Water Recovery/Reuse Program which helps the university save 90 million gallons of water per year — the equivalent of “a whole day’s withdrawal from the Cahaba River by the Birmingham Water Board on a peak day,” Stewart said. Along with conserving water, UAB also saves around $1.2 million per year on water, energy and chemical bills. “This indicates that there are a lot of ways we can have institutions grow and save water that do not require investments in a new water supply,” Stewart said.

The other Watershed Conservation Development Award went to McWane, Inc. for the Greenwood Park Stormwater Management Area. McWane undertook this project as a settlement of a Clean Water Act Enforcement Action. The park collects stormwater and treats it before it eventually evaporates or flows on to Village Creek.

Dr. Pete DeFranco won the award for Cahaba Advocate of the Year. When he noticed sediment from a nearby construction site filling up the lake in front of his house, DeFranco pushed for local government from Hoover to get involved with cleaning it up. “He has been amazingly persistent and successful,” Stewart said. “His story shows how difficult it is to get stormwater pollution dealt with in a positive way.”

Three new CRS board members were elected during the meeting. Van Perry, an expert in tourism, is helping bring more people to the river. Laura Kate Whitney plans to attract a younger audience to help with CRS efforts by using her communication and branding skills. Robert Pless, senior vice president at ServisFirst Bank, is expected to help the CRS in various ways, including strengthening financial resources.

The CRS is involved with several programs including CLEAN — Children Linking with the Environment Across the Nation. The program allows students to participate in hands-on environmental activities while being involved in recreation activities along the Cahaba.

“So far, 29,000 students have taken part in the CLEAN program, and we are expected to reach 30,000 this spring,” Stewart said. For 2015, CLEAN is expanding the number of schools it will reach, aiming to reach 2,200 youth, especially urban youth, because they “have a disconnect from nature,” Stewart said.

The Low Impact Development (LID) program is designed to improve the Cahaba by reducing mud pollution, which will “restore water quality, freshwater wildlife habitats, and protect drinking water supplies,” according to the CRS annual report. More than 1,300 individuals have been trained in LID, with more being trained in 2015, including city council members, according to CRS.

Members of the society were also updated on the Cahaba Blueway partnership. In that joint effort, organizations including CRS and the Freshwater Land Trust work together to “develop more Cahaba River access and unified signage, public information, and marketing,” according to the CRS annual report. “The first official signed Cahaba Blueway river access site will be online in the coming year,” Stewart said.

CRS is working to rebuild and restore forests along the river with such partners as the Botanical Gardens and Hancock Forest Management. “The forests are essential to the river’s health,” said Stewart. “We hope to engage volunteers and citizens in rebuilding native forests along the Cahaba’s banks.”

And the society unveiled the new Cahaba car tag, which, according to Stewart, is “like art for your car. It’s got the lily, splashing river water, and it’s got an otter.”

For more information about the CRS, visit cahabariversociety.org.