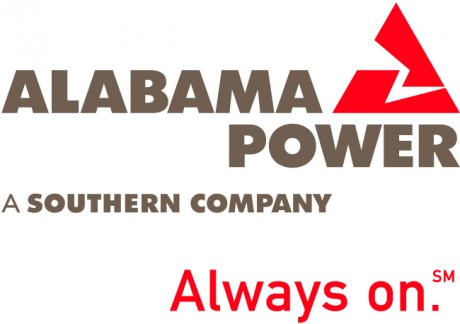 Until the end of its monthly run, Weld’s poverty series will be sponsored by Alabama Power.

Any city…is in fact divided into two, one the city of the poor, the other of the rich. These are at war with one another.

What is the story of Birmingham, Alabama, in 2015, and what are its prospects for the future?

In fact, the story of Birmingham is two stories. One story is that of a city beginning, at long last, to shed the burdens of its past and assert itself as a place of economic growth and transformation — a place ready to be mentioned in the same breath as well-established regional growth centers like Charlotte, Nashville, Jacksonville and Austin.

This story is illustrated by a resurgent downtown area, the addition of new parks and entertainment and recreational facilities, and a burgeoning sense of civic momentum. It is given credence by what, over roughly the past two years, has been an unprecedented run of positive attention from national and international media, hailing Birmingham as a cool city, a mecca of innovation, an up-and-coming metropolis — and by flirtations with major events like the Democratic National Convention (Birmingham made the short list of prospective sites) and the World Games, which will come to the city in 2021.

The other story is that of a city struggling in the same ways it always has. Some shiny new baubles and a raft of kind words notwithstanding, Birmingham is a place that is held back, perhaps irreversibly, by the limitations of its industrial heritage and the lingering vestiges of the institutional racism that once made it the most segregated city in America — a place where nearly one in three residents lives in poverty, and where social and political division, a history of governmental inefficiency and public corruption, and a dearth of strategic vision make true progress an elusive proposition.

The data shows that Birmingham may be closer to cities like Detroit than it is to burgeoning Southern centers. Photo via Flickr Creative Commons.

Birmingham on the brink

Which story is true — or, perhaps more correctly, which is truer? Strictly by the numbers — most tellingly, the rate of urban poverty and the level of per capita income — the second story hews much closer to reality, at least in terms of the quality of life available to the average citizen. In fact, the numbers put Birmingham much more in the company of declining traditional heavy industry centers like Detroit, Cleveland and Philadelphia than that of the cities whose successes it aspires to emulate.

According to the latest figures from the U.S. Census Bureau, Birmingham’s poverty rate is 30.2 percent. Among all of the cities mentioned above, that compares favorably — if that term can be used — only to Detroit (39.3 percent) and Cleveland (35.4 percent), and is far above those of Charlotte (17.1 percent), Jacksonville (17.3 percent), Nashville (18.9 percent) and Austin (19.1 percent).

Looking deeper, at two other key factors that measure poverty and prosperity — job growth and unemployment figures — a September 2014 report from the Brookings Institution showed that among the nation’s 100 largest metro areas, the Birmingham-Hoover area ranked 97th in job growth for the first half of last year, and was one of only 13 metros that actually lost jobs during that time. Meanwhile, none of the other cities listed lost jobs. In ascending order — that is, from lowest to highest in the Brookings ranking — Detroit was 76th in job growth, Charlotte 54th, Philadelphia 52nd, Nashville 51st, Cleveland 31st, Jacksonville 27th, and Austin 20th.

As for unemployment, Birmingham ranks 88th out of 100 metros in the recovery of jobs since the onset of the Great Recession in 2008. Among the other seven cities highlighted here, the average ranking is 47th, from the low of Jacksonville at 84th to the high of Austin at 11th; throw out the low and the high, and the average ranking is 56th.

Brookings also devised a ranking for overall economic performance from the beginning of the recession through the second quarter of 2014, based on job growth, unemployment, gross product and home prices. In this, Birmingham fared somewhat better, ranking 73rd, which is behind Cleveland (66th), Philadelphia (58th), Charlotte (26th), Nashville (6th) and Austin (1st in the nation), but well ahead of Jacksonville (89th) and Detroit (92nd).

What, then, is the story of Birmingham in 2015? The inescapable answer, it seems, is that Birmingham could go either way — and that, absent systemic changes that reduce poverty and provide a foundation for sustainable economic growth, the long-term outlook is not good.

The process to date

Highlighting poverty and related issues in Birmingham and identifying the ways and means by which to begin making systemic changes were the goals of an initiative that Weld launched last year. In cooperation with The Edge of Chaos — a program of the University of Alabama at Birmingham’s School of Public Health — and with underwriting provided by Alabama Power Company, Weld published a series of articles that began in May 2014. Under the title “Poverty in Birmingham,” the series examined six key areas that both contribute to and are impacted by the high incidence of poverty in this community.

The six areas examined were Housing, Education, Public Transportation, Public Health, Employment and Race. Publication of each article was followed by a three-hour “wicked problem” discussion at The Edge of Chaos facility on the UAB campus. The discussions were solution-oriented, with a cross-section of invited participants representing the various segments of the community whose involvement will be essential to substantive action aimed at the reduction and elimination of poverty; at the table were elected officials, nonprofit organizations, private sector entities, service and resource providers, urban planners and people living in poverty.

Collective attendance at the six meetings exceeded 160 people, and more than 200 individual action items were identified over the course of the discussion sessions. With the meetings completed, those action items, along with key observations, conclusions, timelines, and recommendations for implementing and sustaining each action — the who, how and when of bringing concentrated attention to each issue examined in the “Poverty in Birmingham” series — is now being formulated into a Community Action Plan. The plan will be unveiled during the second quarter of this year, presented to a reconvening of the participants in the process — as well as selected other community stakeholders — at a time that Weld will announce in early March.

In broad terms, the poverty series and the Edge of Chaos discussions can be said to have revolved around two critical questions: What does a healthy, prosperous community look like? How does Birmingham get there?

The action items identified grew out of discussion in four primary subject areas. These were Health and Safety; Policy; Resources; and Coordination and Collaboration. Some of the actions overarch the subject areas, including the broad charge of changing long-held mindsets that have subverted attempted solutions in the past. Other such overarching actions included earning “buy-in” and promoting a sense of ownership of the plan at the neighborhood and community level, and maximizing opportunities for building on existing programs and resources.

More specifically targeted actions ranged from advocacy of legislation needed to address key issues, to developing strategies for fully engaging the faith community in addressing poverty, to stopping industrial pollution. Increasing community access to funding and capital, conducting a full assessment of community resources, developing homes and neighborhoods in ways that encourage interactions between neighbors, and enforcing laws in ways that reduce the incidence of violent crime, were other broad action areas identified in the discussion process.

Prominent in each of the six discussions was the need to develop and implement strategies for increasing communication, cooperation, coordination and collaboration at all levels. Among the key objectives in this area are coordinating policies and funding mechanisms across local, county and state governments; ensuring that funding and other resources are developed and applied holistically, to eliminate duplication of efforts and the prevalence of “silos” that diminish the effectiveness and efficiency of specific programs, policies and initiatives; improving information sharing across organizations and programs; and providing the public with access to accurate and up-to-date information about the resources available for addressing community needs and wants.

Meanwhile, as development of the Community Action Plan proceeds, one of the local residents featured in the “Poverty in Birmingham” series is working to bridge the gap between the two Birminghams posited in the introduction of this article. Dr. Frank Franklin, professor emeritus of public health at UAB, has compiled a prospectus for creating a model community/business/university partnership for what he terms the “comprehensive revitalization” of Birmingham.

“This is a strategy that relies on shared synergies between UAB, local businesses and the community at large,” Franklin says. “UAB is an anchor institution for Birmingham, meaning that it has a vested interest in improving the welfare of the city and the surrounding community. As an entity with vast economic, human, intellectual and institutional resources, UAB has the potential to bring crucial — and measurable — benefits to the people of this community.”

In addition to its financial and human resources, Franklin points out, UAB is among the largest single purchasers of goods and services in the Birmingham region. It is a job generator, not only attracting highly skilled individuals to the community, but also attracting businesses that provide the same kind of multilevel employment opportunities. Finally, the university is a center of culture, learning and innovation.

With an eye toward ways to leverage fully UAB’s potential — and, in the bargain, reduce poverty and fuel progress on a host of economic and social issues — Franklin’s prospective new program presents a strategic framework for revitalization. The framework calls for locally based foundations and private-sector funders to invest directly in economic development at the community level. This might include initiatives such as:

Far from reinventing the wheel, Franklin says these and other ideas included his prospectus are based on working models in other areas of the country. Specifically, he points to programs in Cleveland and Philadelphia — not coincidentally, two of the “declining” cities with poverty and employment challenges similar to those facing Birmingham.

In Cleveland, the Cleveland Foundation — the analog to the Community Foundation of Greater Birmingham — is leading the development of an anchor institution strategy that is engaging universities, hospitals and cultural institutions. This partnership is funding actions that include development of employer-assisted housing, supporting and improving local public schools, and various initiatives aimed at building community wealth.

In Philadelphia, the University of Pennsylvania has an ongoing initiative that is tied to five key goals: Improving neighborhood safety, services and capacities; providing high-quality, diverse housing choices for urban residents; reviving commercial activity in blighted areas; accelerating economic development throughout the city (with an emphasis on economic inclusion); and enhancing local public school options.

“These are real-world examples of what can be accomplished through meaningful collaboration,” says Franklin, who is in the process of trying to secure private seed funding for a comprehensive revitalization program in Birmingham. He acknowledges that, given the history of such efforts locally and the political and economic challenges that must be confronted and overcome, that might be an uphill battle. But, he insists, the effort can and should be made.

“To remain with the status quo means working with the same forces that brought Birmingham to the point that requires transformation,” Franklin declares. “Breaking out of that requires bold, actionable steps — a vision, a strategy and a plan for deploying the leadership and resources necessary to get the job done. And it can be done.”