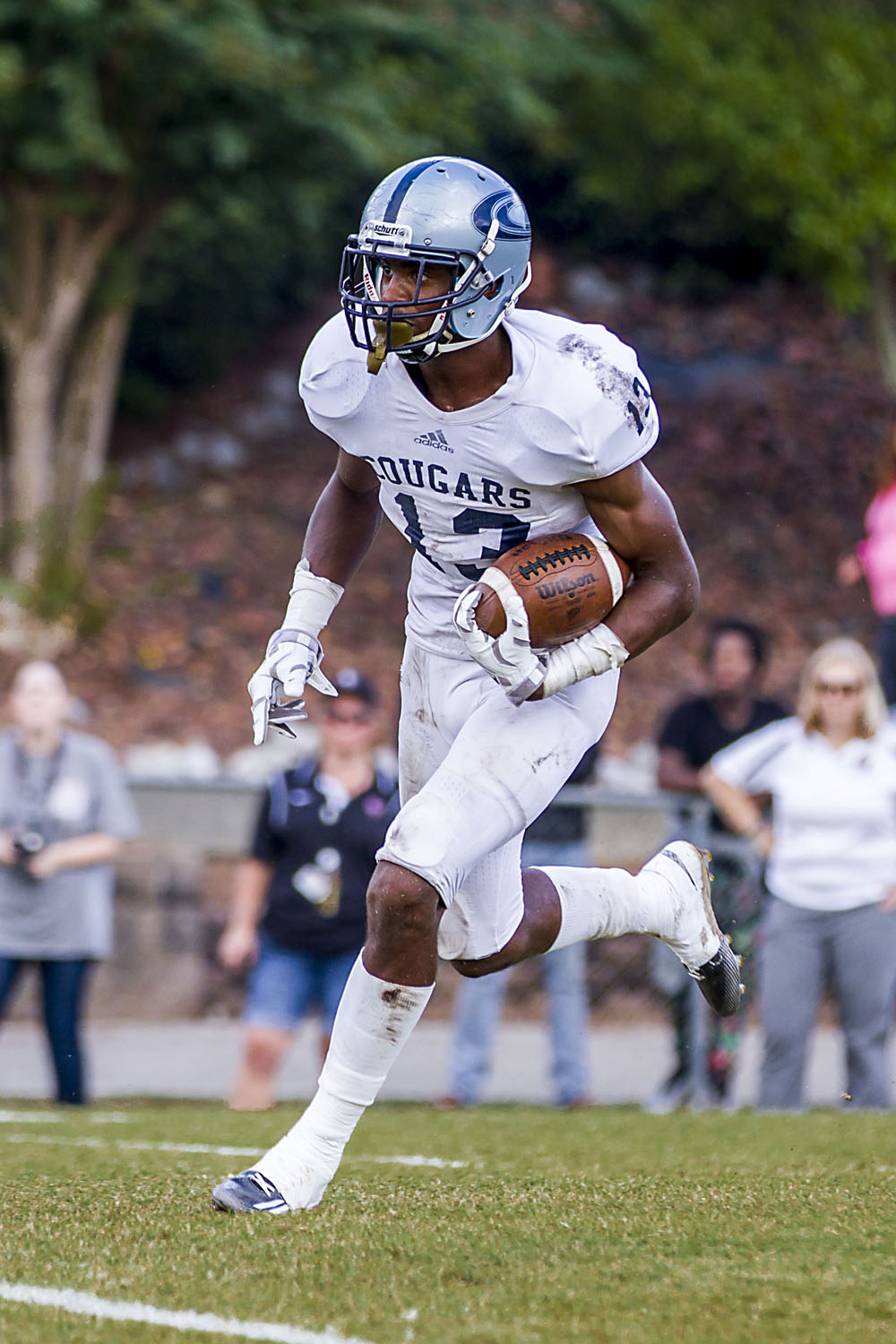 CLAY — When Clay-Chalkville wide receiver T.J. Simmons took the field at Hoover’s Buccaneer Stadium for the first game of his junior year, he did so with the task of replacing Brian Clark – one of the top pass catchers in the state in 2013.

Clark ended his senior year as a member of the Alabama Sports Writers Association Class 6A All-State team after carrying the Cougars’ passing game with 48 grabs for 869 yards and 13 touchdowns. None of his teammates managed more than 19 receptions during the 2013 season. That season, Simmons caught 15 passes for 309 yards and six touchdowns.

“Me and Brian talked every practice,” Simmons said. “We were together every practice and he taught me little things that he knew and I just watched him play and practice and I took everything in and he helped me develop my game.” 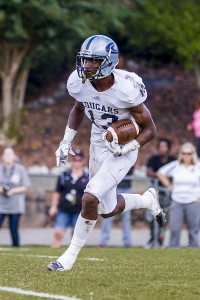 Everyone on the field knew the ball was bound for Clark, yet no one could stop it from happening and when it was all over, the task of filling his shoes seemed pretty unlikely to everyone other than Simmons, who was a sophomore at the time.

“I knew that the receiver corps that we had would be good, just like we were the year before, but I knew that I had to step up and be like the top receiver that we had,” Simmons said. “It just made me be more of a leader.”

Simmons’ 2014 debut was televised on ESPNU, which means everyone got to watch him become that leader, tallying two touchdowns in Clay-Chalkville’s 44-23 win over Niceville (Fla.). He only grew from there and eventually did the unthinkable, which was exceed his predecessor’s numbers.

The junior pulled in 43 catches for 965 yards and 17 scores in an offense that prided itself on running the football. He also rushed five times for 54 yards and two scores. His production landed him on the 2014 AHSAA Class 6A All-State team, and it might land him on another state team come February 2016.

When Simmons takes the field at Middle Tennessee State University’s Johnny “Red” Floyd Stadium to start his senior campaign with the Cougars, he will do so as a University of Alabama committed player.

“I went to every Alabama home game this year, so they told me that they liked the way that I was always up there and the people on the staff grew fond of me,” Simmons said.

The Crimson Tide extended the offer Thursday and Simmons wasted no time playing the recruiting game. He told Alabama head coach Nick Saban that he would like to commit via phone shortly after the offer was placed on the table.

According to 247Sports, offensive line coach Mario Cristobal is Simmons’ primary recruiter. Cristobal was recently awarded the 2015 Rivals.com Recruiter of the Year after pulling in Shades Valley’s Daron Payne in the Class of 2015.

As the senior-to-be closed his recruitment in Clay-Chalkville head coach Jerry Hood’s office, fellow receiver Nico Collins sat right beside him. Collins will be a junior next fall and has been invited by Saban to the Crimson Tide’s Junior Day camp over the summer, the same camp Simmons attended last summer.

“They told me that they have to look at me first and that they have interest, but they want to see me first,” said Collins on his recruitment to Alabama.