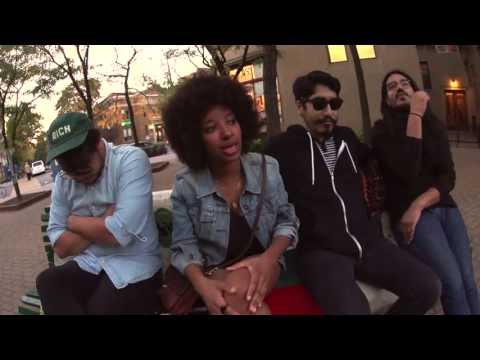 The Make Out King and Other Stories of Love

It is a good time for the

has called The Tontons

“the best band in Houston,”

New Frontier Touring has them

driving and gassing up all

over the country and across

the Southeast in February.

a second group of Indies called

have established a good fan

base in the oversized oil and sports

tens of posters in Birmingham,

the far reaches of the internet…

But seriously folks, there is gonna be more hair on stage than a sold out Wookiee Convention on Hoth in winter after the heat went out.  As far as the Tontons are concerned, a look at vocalist Asli Omar’s afro, the very long hair of guitarist Adam Martinez, the sometimes beard of bassist Tom Nguyen and furious mustache residing on the face of Justin Martinez (drums) are worth the price of admission alone.

Wild Moccasins are a more tightly shorn act, but drummer John Baldwin’s funky ginger coif is the stuff of dreams. Enough Star Wars references and hair talk for now, because seriously folks, the Tontons and Wild Moccasins would put even the Cantina Band to shame.

In a pre-Buzzfeed era, the Tontons’ 2009 self-titled debut made the Houston Chronicle’s “Favorite Local Albums of the Decade.” Their brand of hotshot rock and roll mixes elements of psychedelia, pop, country and even tinges of jazz in Omar’s vocal delivery and melodic phrasing, yielding continued success for the band and an ever expanding audience. Since their late 2013 performance at WorkPlay, Tontons have rocked Hangout Music Festival, released another full-length album, Make Out King and Other Stories of Love, and have been championed by The New York Times, Paste and The Wall Street Journal.

The nonstop touring has the band rolling up and down each coast through April, even performing with living legend of soul, Charles Bradley.

Make Out King’s 11 tracks run the gamut of the Tontons’ matured sound. Standout track “Veida” has all of their best stuff. The rhythm section churns out danceable music while creating enough counter-rhythms to keep the song feeling fresh. Martinez’s big guitar hook and Omar’s melody jive in a back and forth that ensures you always have something to sing.

Near the close of the album, the three-song set “Bones 1”, “Lonely” and “Bones 2” contain enough double stops and country bends on the G string to make even the greediest oilman take off his bolo tie and trade it in for a scarf/T-shirt combo, and with a robust “Yeehaw!”, order a round of pumpkin peach ales for everybody.

Even Jabba the Hutt might quit sailing his barge around Tatooine/Texas and embrace a 99 percent kind of life when Wild Moccasins take the stage. Their latest record, 88 92, is overloaded with sexy dance pop, most evident in tracks like “Eye Makeup”, “Gag Reflections” and “Sponge Won’t Soak”. Wild Moccasins, like the Tontons, have been on the rise in the Houston scene after many great performances in the area. Their national star is burning a little hotter as well, having opened several times for Of Montreal in 2013 and again in 2014.

Glamorous acts like Tontons and Wild Moccasins may seem more fit for a scene like Brooklyn or Portland, but they have made it work in the Lone Star State. The bands appear to have a great relationship with each other and other acts in their area. They want to help each other succeed. Wild Moccasins guitarist Andrew Lee even pulls double duty with the Tontons on occasion, and he can be heard on two Make Out King tracks, “Magic Hour” and “Kidd Cemetery”.

Drag queens, indie kings and Star Wars fans, unite!  Both bands are taking a little tour break in March after the Bottletree show, with dates in Atlanta, Nashville and Little Rock remaining. Let’s send these road warriors off in style.

The Tontons and Wild Moccasins will take the Bottletree stage at 9 p.m. on Feb. 24. The Old Paints will open. Tickets are $8 and available at thebottletree.com.