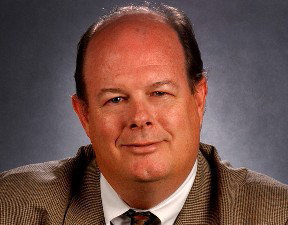 On Feb. 19, the management of the Alabama Media Group terminated its relationship with Joey Kennedy. A reporter, columnist and Pulitzer Prize-winning editorialist, Kennedy’s 34-year career spanned the transition from the headiest days in the history of The Birmingham News to what some seasoned media professionals see as a casualty in AMG’s ongoing transition as a “digitally-focused” company.

In the aftermath of AMG’s dismissal of Kennedy — reportedly, on the grounds of his having become too involved personally in his coverage of pets and animal rights issues — neither he nor the company have commented. Reached by telephone last week, Kennedy declined to answer questions; top managers at AMG have not responded to an emailed request for comment.

With the principals choosing to remain silent — and with details of the circumstances of Kennedy’s dismissal, along with some informed speculation, continuing to emerge — Weld posed questions about the larger issues involved to four media pros with knowledge of the Birmingham market:

Bill Keller, whose career spanned a gamut of journalism, education, media and media relations. In retirement, he continues as a highly informed observer of the changing media landscape locally and nationally.

Carol Nunnelley, who was managing editor of The Birmingham News from 1992-2000, part of a long career in Alabama journalism that also includes work with national institutions and organizations that train and develop journalists around the country.

Scott Buttram, publisher of the weekly Trussville Tribune, and a knowledgeable observer of local and regional media.

Brooks Brown, who worked for The Birmingham News for eight years as a designer and copy editor, and prior to that was the art director for The Birmingham Business Journal. She left Birmingham in 2013, and now is the web developer and public information specialist for an educational services agency in New York State.

The following are excerpts from their comments to Weld.

Keller: The Newhouse decision to gut their newspapers in three of our state’s major cities made us all, in effect, second-class citizens, because we know much less about our communities and our state.

I understand that Newhouse executives were trying to get ahead of the digital curve, when they saw declining print ad revenues and circulation. Instead of building strong websites for each paper, they tried to expand the statewide site that they had already established. But making money from web advertising — that’s a tough way to pull in income. Who takes the time to look at a web ad? I know I’d hate to try to sell such.

It still befuddles me to think that Newhouse did not invest in staff training to sell more print ad space and to build print circulation. Then they laid off much of their news/editorial staff, their institutional and local memory, sold their buildings and moved into smaller office space. And they continue to lay off some senior writers. Of course, they’ve retained some talented and committed writers and hired some more, thank goodness. But it seems like a few of the writers exist mainly to stir angry readers to make outlandish comments. I read little, if any, reasonable discussion.

You wonder how much longer they can go on if they’re not pulling in the profits that Newhouse has traditionally earned from its publications. And we wonder what has filled the void of news here — the rise of some activist and partisan websites? And who pays for those? Sad. Are we second-class citizens?

Nunnelley: Regardless of what you believe [about the circumstances of Kennedy’s termination], the ostensible reason for it, that he was getting too involved in his subject, does touch on a really crucial and growing problem, which is the use of opinion in the news. If someone who is covering a particular subject does become too involved personally, then that starts to verge over toward activism. But I think Joey was just carrying out the assignment that [AMG] gave him.

There is a difficulty in controlling the boundaries of the news, when what you have decided that people want is personality. There is a pressure to be a personality, an emissary, an entertainer, and that step from opinion to activism can come with that. That is problematical on the news side. Reporters are endangered, and a news organization can be endangered.

Buttram: I’ve tried to shrug off the developments at The Birmingham News by telling myself that we’re all trying to do whatever we think is best to help our newspapers thrive in a changing market. But when I see Joey Kennedy, one of the most decorated journalists in the state, dismissed unceremoniously, I can’t think of any reasonable explanation other than the Alabama Media Group simply doesn’t value quality journalism. Decades of experience and knowledge are routinely being fired. It seemed to me that Joey was hitting a high value and severely underserved area when he began writing about our pets, and that really struck a personal chord with so many people. There’s definitely a readers-be-damned attitude with the AMG management.

Brown: What AMG is doing really reflects a mentality where everything is about numbers and clicks, totally. It clearly seems completely financial in nature, with no thought about journalism or journalists. Joey won a Pulitzer Prize, but he did what they wanted him to do, and he did a great job with it. This paints a really bad picture, when people like Joey — and Solomon Crenshaw, who got fired a few weeks ago — are being let go with no acknowledgment of the decades of work they put in.