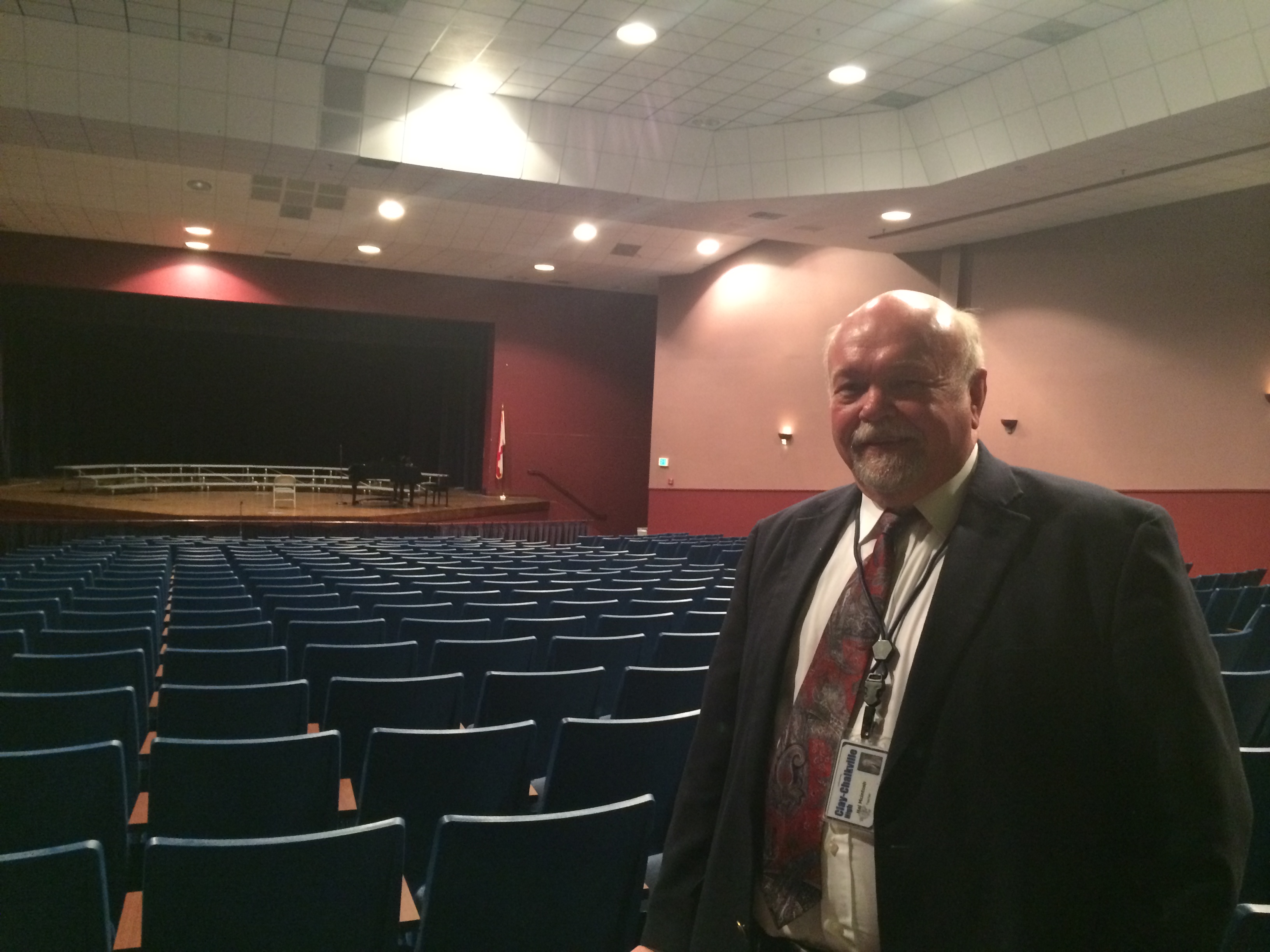 CLAY — Before he can walk away, Hal McIntosh must come out for at least one more curtain call.

McIntosh, the theater teacher at Clay-Chalkville High School, received the Teacher Hall of Fame Award for 2015 from the Alabama Educational Theatre Association in January. He’s retiring later this year.

VIDEO: Watch Hal McIntosh talk about what the award means to him. 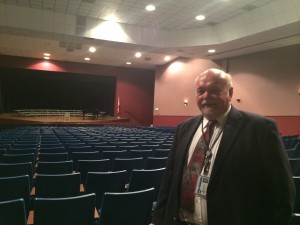 “It’s a nice award for the end of a long career that’s been pretty successful, I think,” McIntosh said.

McIntosh has bachelor’s degrees in education and theater. He went to Hewitt-Trussville thinking he’d be just a social studies teacher, until former theater teacher Gayle Glenn, who was over multiple groups at the time and is now on the Trussville City Board of Education, allowed him to take that role.

“She helped me a lot when I first started,” he said.

McIntosh has taught history, psychology, sociology, government, economics and career preparedness in addition to theater. While he taught these various subjects over the years, theater was always there.

In his 28 years, he’s directed 54 shows at Hewitt-Trussville and Clay-Chalkville, and two more outside of school. He’s acted in the Birmingham community for a number of years, most recently having appeared in “The Fantastics” at the Levite Jewish Community Center Theatre.

McIntosh said his best memories are of his students, of watching them grow as performers. He said his goal was to always help people see the value in theater and understand the work that goes into a production. When he was in college, he heard professors talk about students choosing to major in theater but knew nothing about it. He vowed to make sure that if he became a teacher, he’d never send a student out unprepared.

“It’s so nice to be honored by your peers and somebody recognizes you’ve made a difference,” he said.

In his retirement, McIntosh plans to travel. He’s never been to Boston and wants to go west with his brother. They may go to Washington D.C. this fall.

Before flights can be booked and hotel accommodations made, though, McIntosh has one more musical to direct at Clay-Chalkville High School. “Little Shop of Horrors” will be his final production, and it will be April 23-25. It’s the same musical he directed in his final show at Hewitt-Trussville High School. The show was “unbelievable” at Hewitt-Trussville, and he wants this performance to top that one. It will be his final curtain call.

“Oh yeah, you know you want it to be fantastic,” McIntosh said. “I think it will be.”