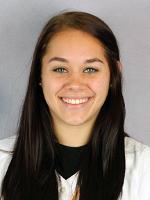 Birmingham-Southern pitcher Bethany Fronk became the all-time wins leader at the school with her 55th career victory Saturday. She hurled a complete game in the win, giving up two runs on four hits in the Lady Panthers’ 10-2 win over Roanoke College.

“Breaking this record is very humbling because I know I could not have accomplished it without the many teammates I’ve had over the years,” Fronk said.

The former Lady Cougar played in all 46 games for Birmingham-Southern last season, and led the Southern Athletic Association in wins (22), strikeouts (137) and innings pitched (228). Along with her exploits in the circle, she was no slouch with the bat, putting together a .322 batting average and striking out only seven times at the plate. In 2012, she received first-team all-conference honors, going 15-5 in 34 appearances, with a stellar 1.41 earned run average.

Along with softball, Fronk currently is involved with student-teaching and has maintained great academic standing in her tenure at Birmingham-Southern. She was named to the conference Spring Academic Honor Roll in 2012.

“I’ve loved my time at BSC and hope to make the most of this last year I have here,” she said.

In her days at Clay-Chalkville, the righty racked up more than 100 wins, twice winning 20 games, and started on the varsity team for six years. She was selected to the All-State team twice and was an All-Area player five consecutive seasons.