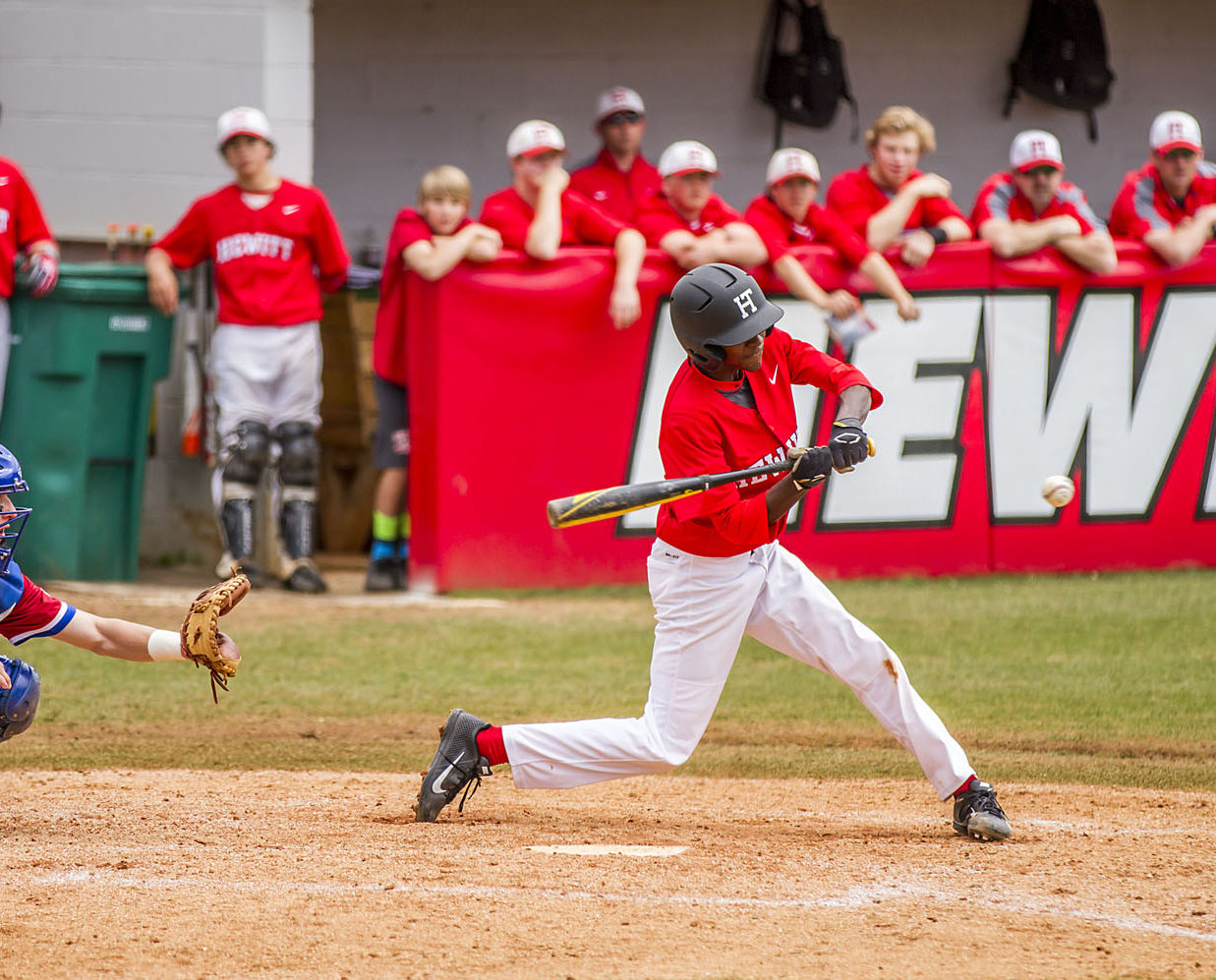 TRUSSVILLE – On a frigid Friday night at Phil English Field, Hewitt-Trussville froze up on the base paths, but still managed to get past Helena 4-0 in the Varsity Baseball Challenge.

The Huskies reached 15 of their 27 batters, but a flurry of base-running blunders kept them from having a big offensive night. 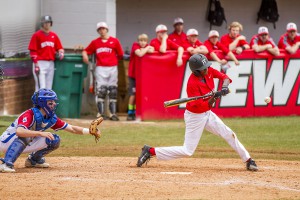 “We definitely need to work on base running in practice,” said second baseman Ed Johnson. “We’re going to work on that, but hitting-wise I think we’re fine, just need to fix our mistakes.”

Johnson, only a freshman, saw the ball better than he’s ever seen it in his young prep career. Batting ninth in head coach Jeff Mauldin’s order, he delivered a pair of RBIs and placed down a sacrifice bunt in the sixth.

His 2-for-2 night got started with a two-out RBI single to the opposite field in the second inning to draw first blood. He got an outside fastball and put the right swing on it.

“I made contact with one outside fastball that felt really good off the bat,” Johnson said. “I just saw the ball really good tonight.”

Johnson later updated the score to 2-0 with another two-out, one-run line drive that scored Justin Booker from second base for the second time of the game.

Sophomore righty Cameron Moore got the start for Hewitt-Trussville, but grabbed his shoulder in pain following an 0-1 pitch in the fifth. He would not throw another pitch. No diagnosis has been made.

“I just felt a little something and it didn’t feel natural, so I told coach to come out there and just make sure it was all right and then he pulled me just to make sure everything was all right, just precautionary,” Moore said.

Moore threw 4 1/3 innings of shutout work while striking out five and giving no free passes.

“I was feeling really good,” said Moore. “It felt like I was throwing pretty hard, just doing my job and having good defense behind me and my brother catching me, I’m more comfortable with (Cyle Moore) back there.”

The other two runs came off the bat of Tyler Tolbert. He went to right field with the bases loaded in the fifth inning to finalize the score at 4-0 in favor of the home team.

The Huskies hit .500 with runners in scoring position.