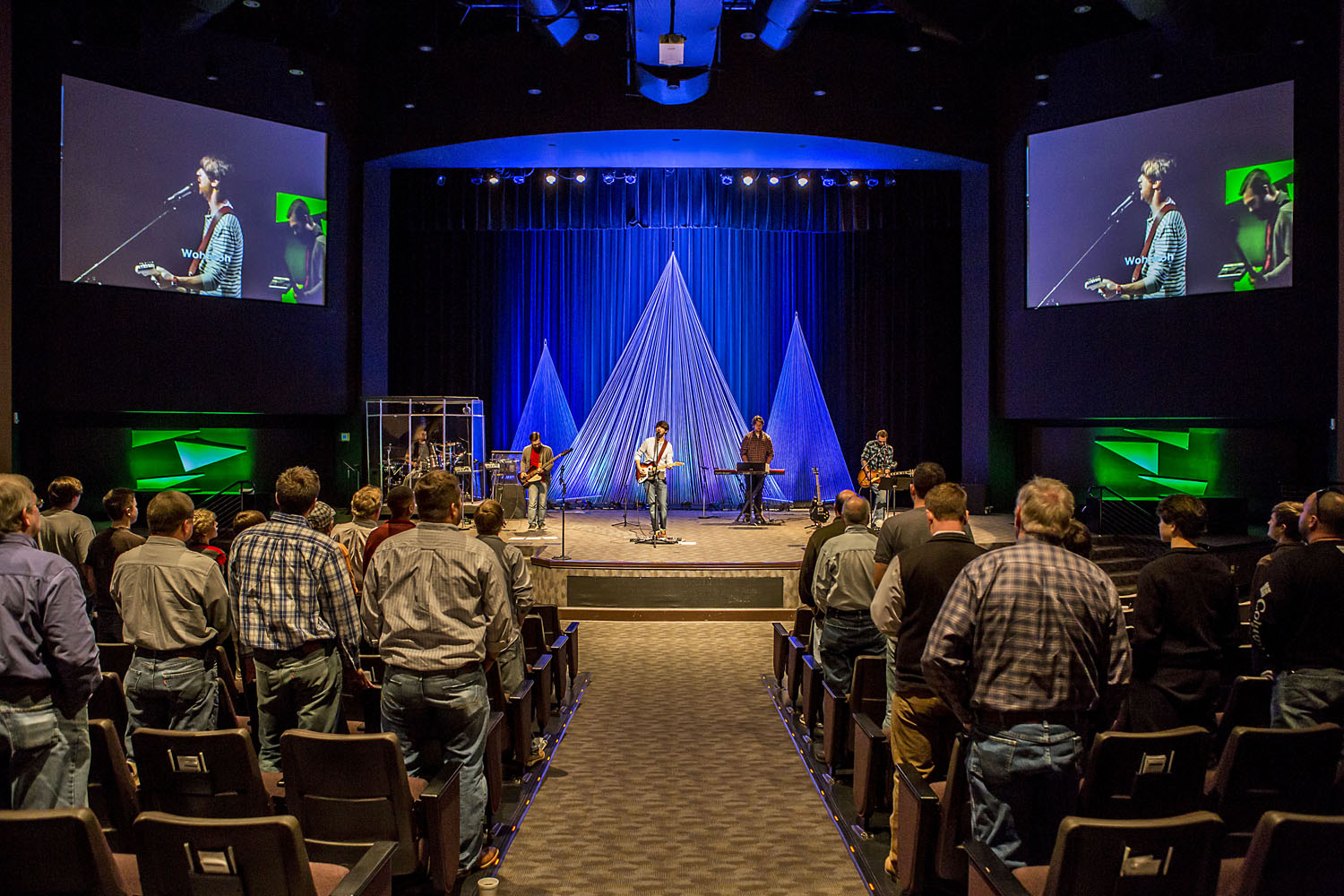 TRUSSVILLE — Former college football stars at Alabama and Auburn descended upon Clearbranch United Methodist Church in Trussville on Saturday to talk to men of all ages about the challenges of being leaders throughout their lives.

Throughout the day, speakers took to the stage to encourage the men, tell their own stories, and share the items of their faith that have allowed them to be successful not only on the field, but in the arena of life.

Former Auburn quarterback Ben Leard spoke of his playing career through his high school and college years and some of the events that made an impact on his life. He shared several verses from the Bible that have been key to his development as a believer.

He recapped his recruitment as a big-time high school football prospect, as colleges rolled out the red carpet for him, only “adding to his arrogance,” Leard said.

Another impactful moment from his high school years was having a “major come to Jesus meeting” with his head coach after inappropriately embarrassing a teammate in practice.

“He shared two verses with me that I will take with me and I will use them every time I talk (to a group of people),” Leard said. 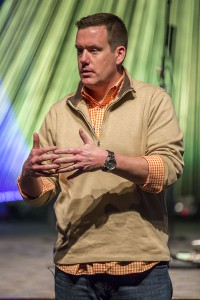 His worst time at Auburn came following his team’s final meeting of his sophomore campaign. He was singled out by a teammate for not leading his team like he was supposed to as their quarterback.

“I finally ran into a teammate that would be a man and call me out,” Leard said.

Leard also recounted his team’s first meeting with new head coach Tommy Tuberville, who came onto the scene before Leard’s junior year and coached at Auburn from 1998-2008.

“Guys, I need 15 scholarships,” Leard recalls Tuberville saying. “I’m going to get every single one of them. I’m going to work you until you quit. But if you stay with me, you’ll be my team. If you survive what I put you through, you’ll be men.”

Leard concluded his time on stage by sharing a story from former Alabama head coach Gene Stallings, about the importance of a man’s life.

“In a cemetery, that headstone will have the year I was born and the year that I passed. In the middle there is a dash. It’s what you do with that dash. Make your dash full, meaningful and something that you leave a legacy on,” Leard said.

Mike Kolen spoke next, a former Auburn linebacker who also played on the 1972 Miami Dolphins. That team, coached by Don Shula, remains the only NFL team to escape an entire season unscathed, going 17-0 and winning Super Bowl VII. Stan White was slated to speak, but was replaced due to a family commitment.

Former Alabama running back Shaun Alexander kicked off the afternoon session by sharing details from his past and present, and how the lessons he learned can relate to the men in the audience.

He recalled one of his best games with the Crimson Tide, when they beat LSU 26-0. Alexander picked up 291 yards and four touchdowns on 20 carries, despite staying up until 3 a.m. the night before and not expecting to play much.

Going back to his childhood, he shared many stories of his home life and how his mother allowed him to have friends over Saturday night, under one condition: that they all got up on Sunday morning and went to church.

Alexander also spoke deeply of his faith in Jesus Christ, attributing all his life’s success on the foundation of his beliefs. 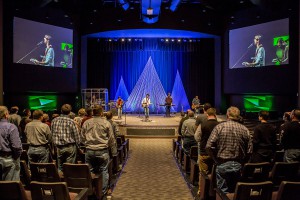 “I love the fact that I can’t take any credit for where I am,” he said.

The former star for Alabama and the NFL’s Seattle Seahawks lives at home with his wife Valerie, raising their eight children. He shared advice with the fellow fathers in the room and giving his definition of the word “love.”

“Love is a choice to have strong desires and strong devotion, wrapped in truth,” he said.

He concluded with an illustration from his life he believes represents his faith well. Paul Allen, the Seahawks owner, was approached by Alexander and a backup quarterback at a gathering one night. Allen instantly recognized Alexander and began speaking to him but didn’t know the man with him. He tied this together by saying that God loves all people, but that he will not have a relationship with those that don’t follow him.

“Both of you, he pays the bills for. But he knows you. He doesn’t know the other guy,” Alexander said.

Jay Barker, quarterback of the 1992 national championship Alabama team, concluded the day’s events with his message. Barker is married to country singer Sara Evans, and they have seven children.

Barker largely expounded upon the acronym CHAMPIONS, with each letter representing a different aspect of a man’s Christian journey.

Christ-centered is the “C” in CHAMPIONS. Barker warned against being self-centered or morality-centered, and also challenged the men in the audience.

“I think there are a lot of non-authentic people in the church today. We need more authenticity,” he said.

The “A” stands for accountability, as Barker encouraged each person to find a person that could hold them accountable in their lives. Next is to meditate on God’s word for the letter “M.”

Barker cited the Lord’s Prayer in the book of Matthew as an example of prayer, holding the spot for the letter “P.”

“Prayer is just talking to God,” he said. “It has nothing to do with how holy we are.”

Introduce others to Christ, obedience, never give up, and success versus significance rounded out the acronym to spell CHAMPIONS.

Barker concluded by challenging the men to make an impact and not rely on any church leader to do so.

“You can make a bigger impact on your community than the pastor ever could from a pulpit,” he said.