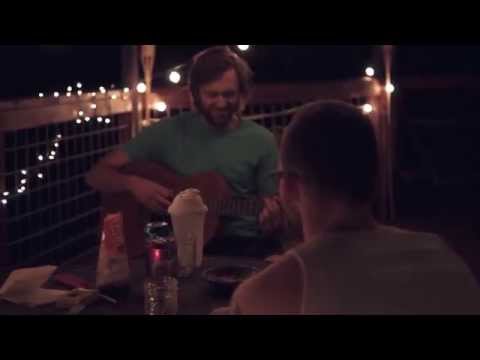 A mutual friend turned me on to Austin folk duo Penny and Sparrow about two years ago and told me I should check out their house show in Chelsea that weekend. The duo was finishing up a week-long tour promoting their first full-length, Tenboom, and were heading straight back to Austin the next day.

In front of me and about twelve others, Andy Baxter and Kyle Jahnke bared their souls for at least an hour and a half, mixing songwriting and storytelling, laughter and sorrow. Their choice of covers was impeccable; we heard renditions of “Two” by Ryan Adams, John Prine’s “Angel from Montgomery” and “Small Town on a Saturday Night” by Hal Ketchum.

Since then, their music and touring profile has grown exponentially. Penny and Sparrow will be returning to Birmingham’s Sound & Page on Wednesday, March 11th.

Weld talked with the band regarding their latest record, Struggle Pretty, career highlights and disappointments, and their upcoming album, which will be produced by one of Alabama’s favorite sons.

Weld: The last time I saw you guys was at a house show just outside Birmingham with about 15 people. What have you been up to since then besides releasing Struggle Pretty?

Penny and Sparrow:  So much has happened since that show that it’s tough to know where to start. We’ve been writing and touring a ton, we’ve quit all our jobs (other than music), we’ve purchased a van to travel in, we’ve set a date for the recording of the next album with John Paul White in Florence, Ala., and we’ve grown a ton as musicians, spouses and friends. Honestly, even that list seems incomplete. In the best of ways, our lives have been extremely full.

Weld: Do you still tour simply as a duo? If so, how do you maintain the emotion and orchestral draw of your records?

P&S: We tour often as a duo, and when we do, we are really choosy about song choice, tempo and delivery. Depending on the room, the entire feel of a song can change night to night.  But bands who have minimal setups like us do have two cool instruments that are harder to wield in large groups: space and silence. To play and use those two things is something we strive for.

We don’t always tour as a duo, though. Currently, we are rolling through our first headlining tour as a four-piece.

P&S: The burden of both is shared, for sure. However, we have areas of expertise: Andy is predominately the words guy, while Kyle is the main source of instrumentation, melody and bird’s-eye-view tone decisions.

Weld: What does it mean to “struggle pretty”?

P&S: For us, it stands for a bunch of things. We want to be men who suffer well, [and] we want to encourage people to do the same. It also means a ton more, though. It means that good love is worth working for. It’s worth any and all blood spilt. It really was an all-encompassing title for us.

P&S: A new album is underway and we’ve written a ton of it. We get to start recording in April and we are fortunate enough to have John Paul White (formerly of the Civil Wars) produce our album. Also, we’re going to move to Alabama for a while and actually have a house to call our own. Our little music family is beyond excited about that!

Weld: As you are independent musicians, I’m sure your career has seen plenty of highs and lows. What has been one of your proudest moments and what has been a defeating moment that you learned a great deal from?

P&S: [For our] tough moment, we played in a bar one night where the room was comprised of 94 percent party-hard sports fans who were there to watch the game. The remaining 6 percent of folks were our good friends who watched us try and win over the other 94 percent. We learned toughness that night. Thick skin tempered with optimism is a really valuable set of traits that we honed in on that night.

[Our] high moment [was when] we sold out a show in Nashville recently. The thing about that moment that was crucial in our band life was this: Nashville was a scary city for us at the start. We played there a few times and we never could quite figure out if folks dug us. So when the sellout came (from pre-sale tickets) two months early, we absolutely freaked out. We felt authentic. We felt like the Real McCoy.

Weld: What would be the ultimate musician, lyricist, or producer collaboration for Penny & Sparrow?

P&S: There’s a list of folks we would love to work with, and thankfully we get to make one of these dreams happen with John Paul White. A few others would be Glen Hansard, Ryan Adams, Anaïs Mitchell and T Bone Burnett.

Weld: Finally, what are five albums you can listen to any point?

Third Eye Blind – Out of the Vein

James Cleveland and the Angelic Choir – Peace Be Still

Bon Iver – For Emma, Forever Ago

Penny and Sparrow will perform at Sound & Page on Wednesday, March 11. Doors will open at 7 p.m. and the music begins at 8 p.m. Tickets are $10 online or $12 at the door. For more information, visit www.soundandpage.com.