LATEST NEWS
Home Lifestyle What is an alternative dispute resolution? 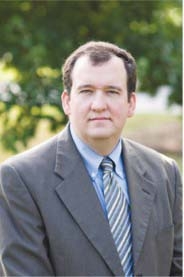 What is an alternative dispute resolution?

We’ve all signed contracts that contained alternative dispute resolution language. Unfortunately, most of us don’t understand what this language means.

Typically, ADR means using a process other than the court system to come to a resolution of a conflict between two parties. ADR is a system recognized under federal and state law that allows private parties to resolve civil disputes. The most common forms of ADR are mediation and arbitration. An arbitrator and mediator are paid for their work by the parties to the dispute. The decision of who pays for these services are usually included in the ADR agreement.

Mediation is a process in which two parties meet and use a mediator to discuss settlement of their dispute. The mediator doesn’t have the power to render a decision on the underlying dispute. Rather, the mediator’s role consists of acting as a third party to help guide the two (or more) opposing sides to a compromised solution. In this process, each party is asked to give up something of value to reach a final settlement of the issue.

In all cases in which you’re involved in a dispute involving ADR, you should retain the services of an attorney to guide you through the process. An attorney’s role will be similar to that in a lawsuit. Depending on the process, the parties will be able to pursue discovery of information from the other party prior to the arbitration hearing. While not an actual lawsuit, ADR affects your legal and economic rights. In any ADR process, retaining an attorney to help you prepare your case is highly recommended.