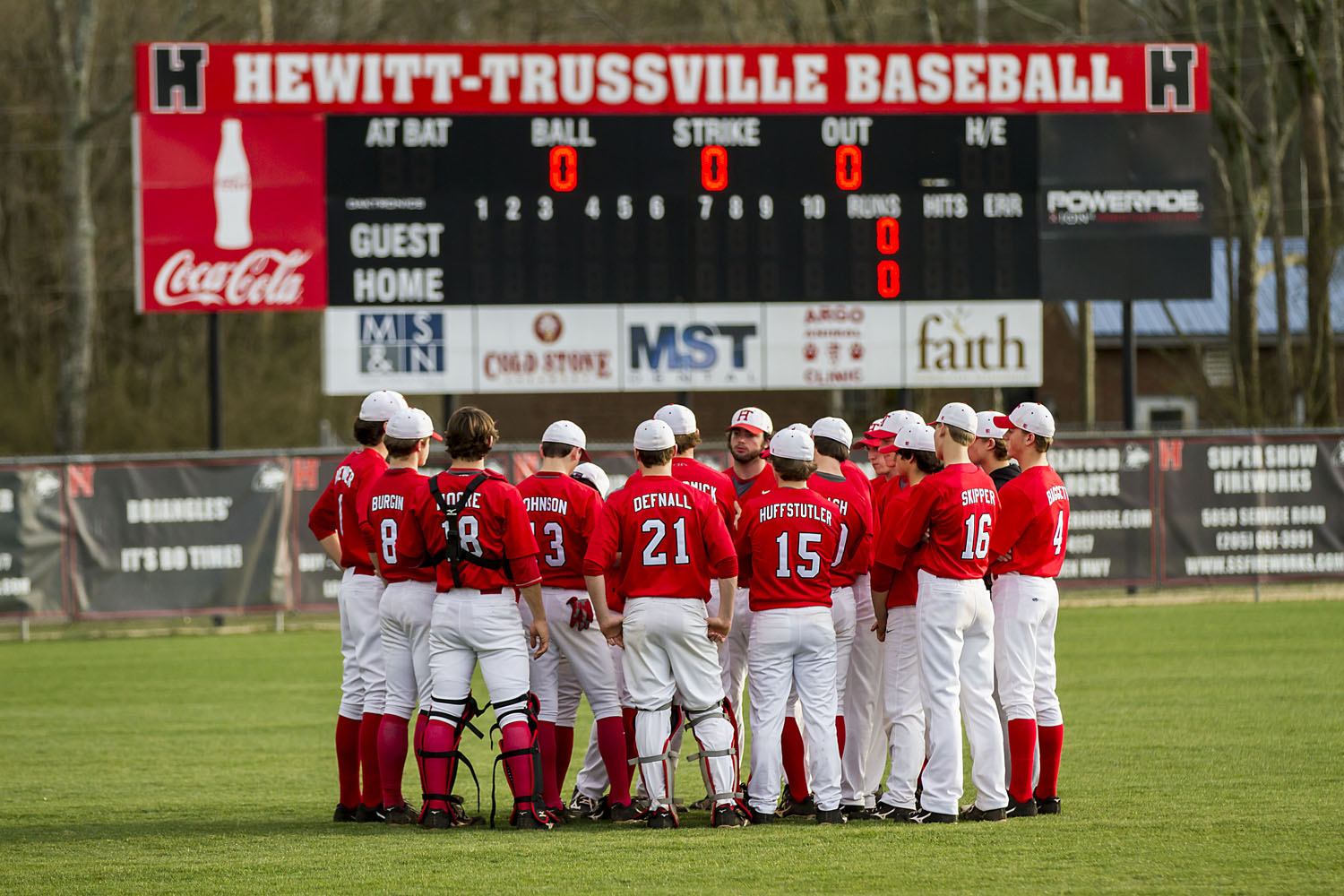 The Hewitt-Trussville baseball team before Wednesday's 10-0 win over Clay-Chalkville. photo by Ron Burkett

TRUSSVILLE — Hewitt-Trussville is double trouble for Class 7A.

The Hewitt-Trussville baseball and softball teams are ranked No. 1 in Class 7A in the initial Alabama Sports Writers Association polls.

The baseball team is 7-1 and is ranked ahead of, in order, Hoover, Mountain Brook, Theodore, Alma Bryant, Auburn, Spain Park, Central-Phenix City, Grissom and Baker. Also receiving votes for top 10 consideration were Huntsville and Vestavia Hills. 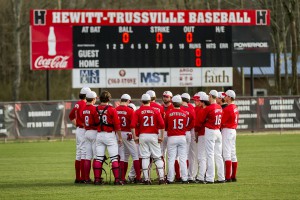 The Hewitt-Trussville baseball team before Wednesday’s 10-0 win over Clay-Chalkville.
photo by Ron Burkett

Neither Clay-Chalkville nor Pinson Valley made the Class 6A top 10, though the Indians did receive votes for consideration, essentially ranking them No. 15. The Class 6A top 10 includes Cullman, Pelham, Spanish Fort, Opelika, Briarwood Christian, Homewood, Hartselle, Hillcrest-Tuscaloosa, Gardendale and Walker.

The Hewitt-Trussville softball team is ranked No. 1 in Class 7A in the initial poll. The Lady Huskies are 19-2, with their only losses to Class 4A No. 1 Curry and Class 6A No. 2 Hillcrest-Tuscaloosa. Hewitt-Trussville has also beaten those teams.

Neither Clay-Chalkville nor Pinson Valley received votes for top 10 consideration in Class 6A.