In October 2014, a Clay resident filed a complaint against Johnson regarding three contracts that were awarded to her husband’s company, as well as an issue regarding a donation to the Clay-Pinson Chamber of Commerce suggested by Johnson, then a member of the Clay City Council and the chamber.

In a letter dated Feb. 4 and signed by Acting Director John Carroll, the case was found to be “without probable cause that (she) violated the Alabama Ethics Act. Accordingly the complaint has been dismissed.” 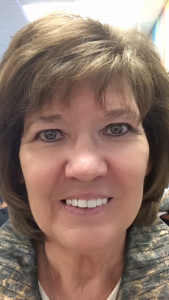 Johnson said she knew she hadn’t done anything wrong, but the ordeal has merited a lot of worry and tears. For her, one of the worst parts is that she may never know who accused her, or why that person did it.

“My feelings were very hurt about the fact that unknown people can make charges against you and you don’t have the right to face your accuser,” Johnson said.

A copy of the official complaint, as it was sent to the commission, was provided to The Trussville Tribune.

According to Clay City Manager Ronnie Dixon, under Alabama law the commission will not release the accuser’s name(s) either, further deepening the mystery.

Johnson said, in light of the dismissal of charges, she wishes the responsible party would meet with her to discuss any personal or professional issues he, she or they might have.

“I would like for them to have the integrity to come to me and say, ‘I did this, and now I’ll admit that you did no wrong,’” Johnson said.

As for the charges in the initial complaint, Dixon and Johnson have maintained since the beginning that all the projects awarded to her husband, A.J. Johnson, and his company were within the letter of the law. Dixon said the current administration has worked hard to follow the letter of the law. This includes the way the council bids all projects above $50,000 as well as the handling of all those below that threshold. Public works projects below that $50,000 threshold, Dixon said, don’t have to be bid.

“What we knew, and what we said for the first article (The Trussville Tribune published regarding the ethics complaint) was that we follow the law to the letter on public works projects,” Dixon said. “It doesn’t matter who it was, it didn’t matter who owned the company. We are not required to bid those projects.”

As to the part of the original complaint that claimed Johnson shouldn’t have suggested the council donate money to the chamber, Dixon said the commission’s main question to him was about whether or not the chamber had paid board members. The board isn’t paid, and Johnson didn’t benefit in any way from the donation, and Dixon believes that’s the reason that charge was dismissed.

“There is a very small handful of people in the city of Clay that are intent on stopping the city from moving forward no matter what the cost to the individual, and this entire administration is about moving the city forward, and how much progress has been made in two years versus the prior 12 years,” Dixon said.

Johnson said every decision she makes is made with prayer that it’s the right thing to do for the city, and she doesn’t make any decisions that run counter to her heart. She believes the rest of the administration makes decisions the same way.

“The men and woman here try to see God’s will and we really sincerely pray about what we do,” Johnson said.

She said she hoped her accuser or accusers would make the same effort to follow their conscience before making any further accusations.

The complaint was dismissed at the Feb. 4 commission meeting, and the letter was dated the same.