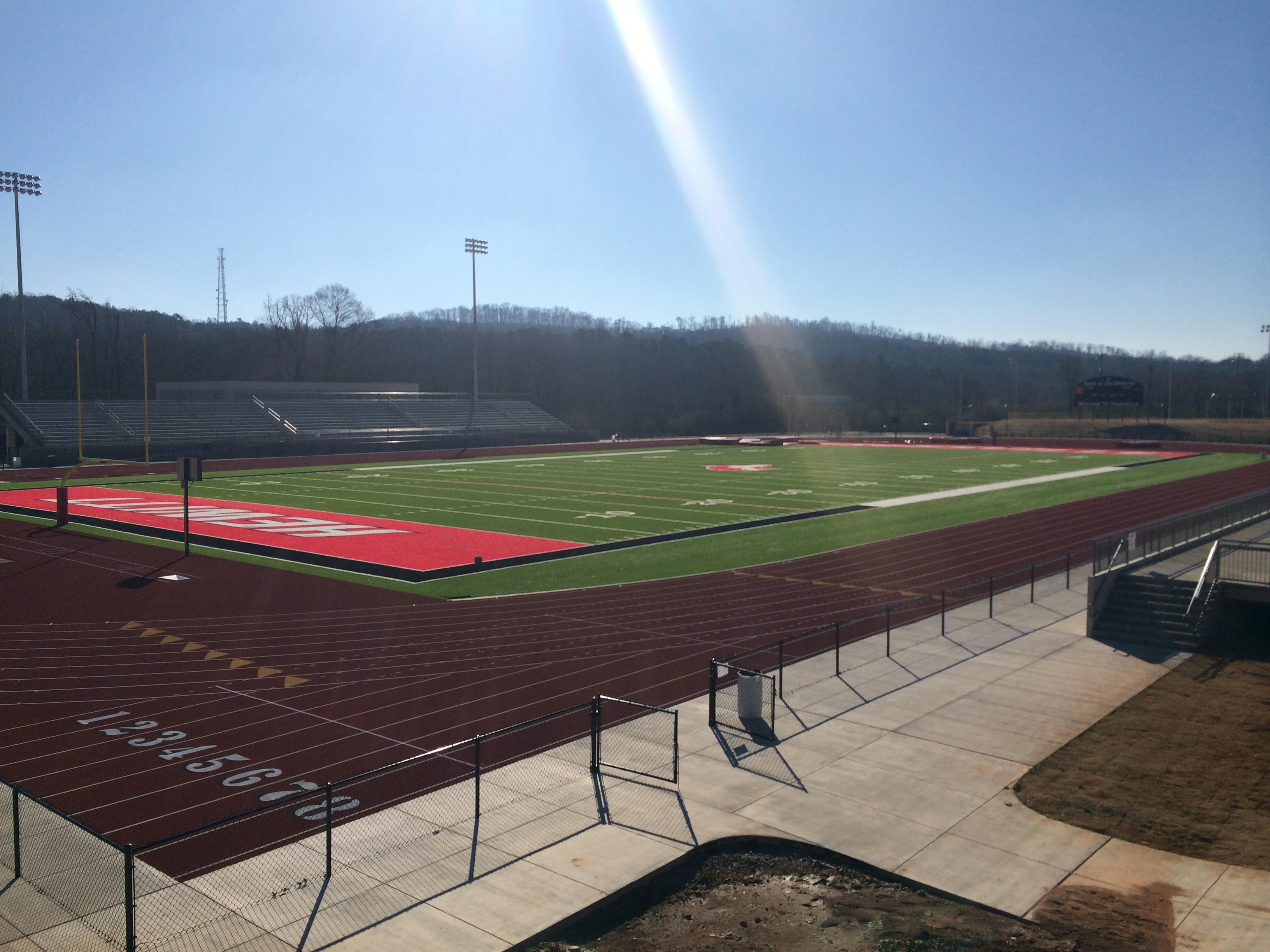 “That facility up there was dated, we all know that,” Dobbs said of Jack Wood Stadium. “It was past its prime and to be able to come in here and have them build this facility for our kids was a phenomenal opportunity.”

The memorable night was ended with the Huskies’ boys team on top of the six-team field with an overall score of 205.5, which was 59 points better than second place Homewood. 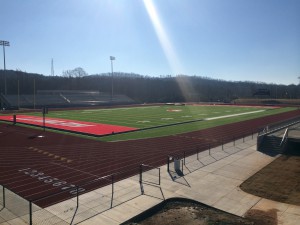 The track at Hewitt-Trussville Stadium
file photo by Gary Lloyd

“From what I saw, we ran well, we’ve got some things to work on and it’s a long time until April when we go to sectionals, but I’m pleased,” Dobbs said.

Dobbs said the old track was built in 1966 and was a 440-yard loop that was a product of a 1940s design. The track and field community converted over to metric measurements in the 1980s.

Having such an outdated venue discouraged Hewitt-Trussville from scheduling any home meets since it broke away from Jefferson County Schools.

“It’s weird running because it’s a totally different designed track,” Dobbs said. “It wasn’t anything where you wanted to host a really big invitational, big event and bring quality product.”

Jaison Williams threw the shot put past everyone else in the field. That mammoth 15.59-meter toss had people wondering if he set a new school record, which he narrowly missed. He later finished second in the discus throw.

Trevian Jenkins did his part in those runs, while also taking the lead in the 400-meter dash and the 200-meter dash.

Marlee Mason finished in the top five in the 1,600-meter and 800-meter runs. McKenzi King came through with a second place finish by going 2.89 meters in the pole vault event.

Hewitt-Trussville will be back on the lanes when it visits Homewood for a meet Saturday, March 21 for the Homewood High School Invitational.