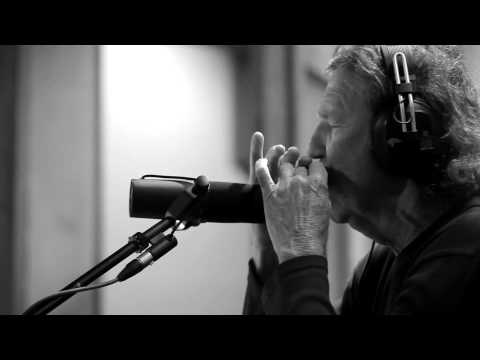 Lucinda Williams released her 12th studio album, Down Where the Spirit Meets the Bone, in 2014, and it’s among her best work. The 62-year-old has been recording for 35 years, but didn’t see her biggest success until her eponymous record was released at the age of 35. She’s fiercely Southern, having spent ample time in Louisiana, Mississippi, Arkansas and Tennessee, but now she calls Los Angeles home.

Williams spoke to Weld before her upcoming performance at Iron City. She discussed the new record, her admiration for her opening act and she shared tales from her days spent opening for Bob Dylan, Van Morrison and Tom Petty and the Heartbreakers.

Weld: For all intents and purposes, you were close to 35 before you saw your biggest success. What advice would you give to a 30-year-old today, trying to decide if they should give up – if this is the career for them?

I remember when I first moved to Nashville in ’92, and I turned 40 in ’93, there was a band that I really loved out of Knoxville and I got to know them. The lead singer was getting ready to turn 30, and he said, “Well, I haven’t made it by now, I may as well just give up.”

And I said, “What are you talking about?”

People get it in their heads. It just didn’t occur to me. I never thought about the age thing. But sometimes, I’ll be talking to a younger artist and they’ll express their frustration about it –– that they are at such-and-such age and they haven’t made it by now. I just gently remind them how old I was before I made it. I know I’m an anomaly. It doesn’t happen that way, usually. But now I’m 62 and I’m out here kicking ass, jumping around all over the stage at the Fillmore, rocking out. Everybody’s like, “Where do you get all that energy?”

I don’t know. I still feel like I did 20 years ago, pretty much.

People have to want it bad enough. The drive thing is such an important part of it. I used to think if you have enough talent, that’s all it took. Until I started meeting artists who were incredibly talented and didn’t have all the drive. That always bothered me and still does, “How could you not want to do this? You’re so incredibly talented!” I don’t get it. They still play music, but they don’t go out and tour all the time. That’s hard for me to understand. What else are you going to do for a living? Work at Sears and Roebuck?

And not that there’s anything wrong with working at Sears, but if you have this much talent, why would you not want to do it for a living?

Weld: Around that time, you were opening shows for Dylan, the Allman Brothers and Tom Petty. Is that an overwhelming way to be introduced to the world?

LW: It was overwhelming because they were playing these big, gigantic arenas. When I opened for Tom Petty, I remember – and this also shows how cool he is – someone threw a banana peel onstage. I remember this guy was sitting in the front row with his arms crossed, [thinking] “Okay, let’s just get through the opening act until Tom Petty comes out.” He wasn’t the guy that threw the banana peel – you don’t ever see who throws those things; they just show up on stage [Laughs].

I think Tom picked up on how hard it was, opening up and not being that well known. He started coming out and introducing me to the audience. Nobody ever does that. I remember the looks on peoples faces, “Oh my God, Tom Petty is out here on stage!”

He started coming out and saying, “This is Lucinda Williams, and I want y’all to listen to her.” People’s mouths just fell open.

When I opened up for Bob Dylan and Van Morrison, on the same bill, that was a strange experience. It was big arenas. Both of those guys, the band members would be like, “This is the last time. I’m quitting after this. I’m not having a good time.” Because a lot of them were walking on eggshells never knowing when they may be fired. I love both of those artists, so I was a little disappointed and disenchanted. I came away from it thinking, “This is what I don’t want.”

I had thought, “Oh, I’ll be hanging out with Bob Dylan and Van Morrison after the shows!” It was anything but that. Van kept to himself. Bob would leave right after the show, so nobody ever saw him.

Weld: What is your relationship like with Tom Petty?

LW: He’s just the sweetest guy, and he’s a big fan. I’ve never really been able to hang out at length with him or anything, but the last time I saw him, he was getting a lifetime achievement award. My band was there and he asked me to play. We played “Change the Locks” and we worked out a version of “Rebels.”

We were backstage and he came back and gave me a big hug. He’s real down to earth. His wife is, too. She’s real sweet. They live in L.A. and my husband and I do, too, but L.A. is so damn big –– we’re in Studio City, in the Valley, and he’s in Malibu. So even though he says, “Well, you need to come over to the house and hang out!” That’s easier said than done.

I’ve got a lot of respect for him. He’s famous, and he’s stayed real down to earth.

Weld: On one of your recent records, you did an unexpected cover of AC/DC’s “Long Way to the Top.” How did you come up with that?

LW: We just did that at the Fillmore! We did that one and followed it with Neil Young’s “Rockin’ in the Free World,” and the audience went nuts!

That was suggested by Tom [Overby]. I didn’t have enough rocking songs of my own, so Tom said, “Let’s pick a cover that’s really rock and roll.”

We tried it and I thought, “Okay, this is cool. This can work.”

LW: I thought it was cool! I think it’s interesting to take a song like that, that’s done by a band who are completely the opposite of what we are. Maybe not the opposite, but not in the same bin at the record store. Do a song like that. Break it down.

It’s interesting when you listen to songs like that – I found this to be true when I was a lot younger and did other people’s songs more – I used to do this Cream song. A song called “Politician.” I think it was a Jack Bruce song. And that one they have— “White Room.” And I learned that Jimi Hendrix song, “Angel.” It’s a really beautiful ballad.

A lot of those rock bands – if you take one of their songs and break it down, a lot of times, they are basic, simple songs. It’s a lot different when they use the style of signing like AC/DC. It’s fun to do that – take them and rearrange them.

Weld: Down Where the Spirit Meets the Bone never made its way to Spotify. I’m assuming there’s a reason for that.

LW: Yeah, Tom [Overby], my manager and husband, has a firm opinion about that because artists don’t get anything. He said no. Even though it’s a good way to get exposure and all, he decided against it.

Weld: Last year, Justin Townes Earle recommended Down Where the Spirit Meets the Bone as one of his favorite records of the year. What did you think of the two-record project, Single Mothers and Absent Fathers, he put out last year?

Lucinda Williams: Bless his heart! I’ve got one of those two albums of his. I thought the covers were really interesting. I was talking to Steve, his dad, and he said that it was Justin trying to work through some stuff from growing up with his dad.

Weld: Speaking of Justin, who among the younger crop of artists from Nashville or elsewhere are you enjoying?

LW: I’m glad you asked me that. No one ever asks me that, for some reason. One of them is Elizabeth Cook. She’s [with publicity company] Thirty Tigers.

You know who I love? He came on with a big boom and I feel like I haven’t heard from him in a while: Jamey Johnson.

Weld: From right here in Alabama!

LW: Is he from there? He put out a double album. I was really impressed when I heard him. He’s young, but he has an old soul. I was impressed. I thought, “Well, maybe Nashville is getting better now!” [Laughs] As far as the music industry goes, commercial music industry.

They haven’t broken through yet, but the guys that are opening for us are based in Nashville – The Kenneth Brian Band. They put out a CD of their own material on their own a couple of years ago and they got in touch with us – Tom and I went down to see them in L.A. They were playing at a club there called The Roxy. We were just completely blown away. We stayed in touch with them and went to see them every chance that we could. Now Tom is managing them and they are opening up the tour.

I’m really impressed with them. They’re kind of a cross between Lynyrd Skynyrd and Drive-By Truckers. That old-school, hip thing. They’re all young. The songs are really good. One of my favorite songs that they have is called “Welcome to Alabama.” It’s a Southern, “Hell yeah” kind of song to a Northerner from a Southerner.

Kenneth Brian is the lead singer and songwriter. I think he spent part of his time in Florida, near where Tom Petty is from, and part of his time in Alabama. One of the guys is from West Virginia, and they’ve got this girl who plays fiddle – she’s really, really good. Her name is Lillie Mae [Rische]. She got hired off by Jack White – he’s got that band [The Peacocks] with all girls. When she’s not playing with him, she’s with the Kenneth Brian Band.

Weld: Finally, who are your top five American rock bands of all time?

Lucinda Williams comes to Iron City on Sunday, March 22. Doors are at 7 p.m., and the show begins at 8 p.m. The Kenneth Brian Band opens. Tickets are $36. For more information, visit ironcitybham.com.