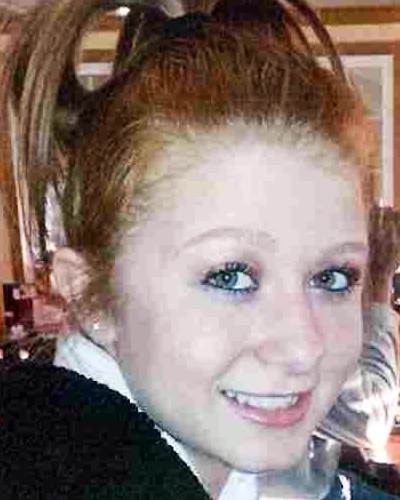 REMLAP — The body believed to be that of missing teen Alexis Garcia, 17, of Birmingham, was located Thursday.

Garcia was reported missing March 5 by her mother. She was last seen March 1.

Garcia’s body was located in a wooded area off Tucker Mountain Road in Remlap in Blount County. A search for her body began Tuesday after tips and interviews led investigators to the area to search for Garcia.

Shannon Yager, 39, of Locust Fork, and Samantha Wright, 18, of Helena, are charged with capital murder (robbery and kidnapping) in connection with Garcia’s death. Wright was one of Garcia’s best friends, and Yager was Wright’s boyfriend. 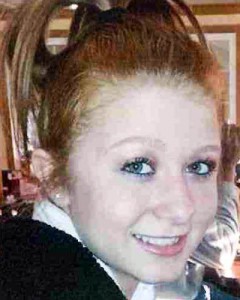 According to court documents, on March 9, Blount County Sheriff’s Office investigator Scott Kanaday received a call from Wright’s father, saying she had called him and said she woke up in a room and was covered in blood. Wright told her father she didn’t know where she was because she had blacked out.

Wright told her father that she, Yager and Garcia had been walking through the woods and she believed something bad had happened to Garcia, and that she no longer knew her or Yager’s whereabouts.

On March 15, Deputy Mark Moon went to a Locust Fork home and again was told that two juveniles had information about Garcia’s disappearance. Garcia’s mother had told sheriff’s investigators there were some juveniles in Blount County with information about the case, according to court documents.

Wright said she and Yager then took Garcia into the woods at the Vulcan Material sign on Tucker Mountain Road. Wright threatened to kill the teenagers if they told anyone, according to court documents.

On March 16, investigators received information that Yager and Wright were in St. Clair County. Yager had two outstanding warrants out of Blount County and was taken into custody in Leeds. Wright went voluntarily with Yager to the Blount County Sheriff’s Office.

When investigators interviewed Wright, she told them she, Garcia and Yager had used multiple drugs that night, including meth and heroin. They went to Tucker Mountain Road in Wright’s blue 1990 Honda Accord and Wright told detectives she then passed out. She said when she woke up, Garcia was taking off her clothes and making advances on Yager. An affidavit states that Wright gave multiple accounts of what happened after that.

During the interview with investigators, Wright admitted that she was wearing Garcia’s jeans and shoes.

Yager was also interviewed and said that there was an altercation between Garcia and Wright when Garcia began to take off her clothes. He said the last time he saw Garcia, she was near the car on Tucker Mountain Road. Sheriff’s deputies found Wright’s Accord and towed it for evidence, according to the affidavit.

Garcia’s body was discovered Thursday off Tucker Mountain Road. The affidavit states she was face down, and her body was partially nude with no pants, underwear, socks or shoes.

District Attorney Pamela L. Casey gave special thanks to Blount County Sheriff’s Office, particularly investigators Kanaday and Jeff Kirkland, along with the Jacksonville State University Center for Applied Forensics, for their work on the case.

“Inv. Kanady and Kirkland worked tirelessly on this case,” she said.