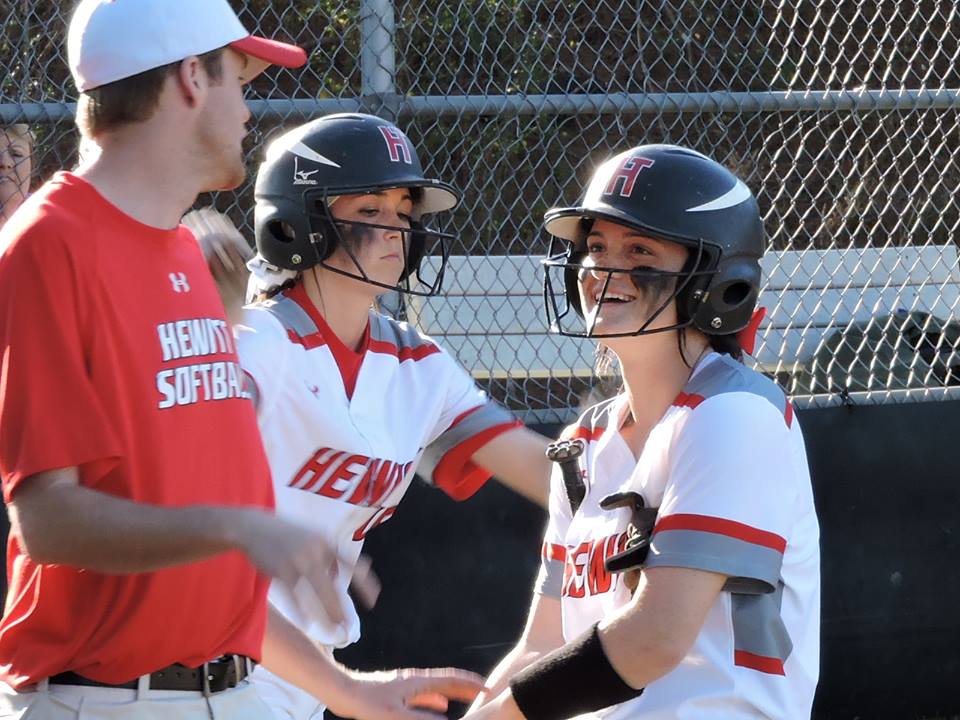 GARDENDALE – A big offensive night led No. 1 Hewitt-Trussville to a 14-3 win at Class 6A Gardendale on Thursday night.

“With coach (Karen) Johns coming in, we knew she would relax us and we’re doing really good being No. 1 in the state right now,” said Hewitt-Trussville senior catcher Taylor Beshears.

The game was one pitch away from an early fifth inning conclusion, but Lady Rockets’ catcher Baleigh Moffett connected with that pitch and sent it sailing over the left-center field wall. 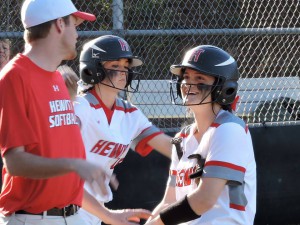 That three-run blast came with two outs in the bottom of the fifth with the Lady Huskies leading 10-0 and prevented a mercy rule ending. However, that was the only offense the home team could produce all night.

Bailey Murphy got the start for Hewitt-Trussville (21-3) and threw three shutout innings with five strikeouts and a pair of walks. The lefty gave the ball to relief pitcher Molly Cobb with a 9-0 lead to work with.

Cobb stayed on the rubber for the remaining four innings, striking out three and walking none. Besides a messy fifth inning that saw her allow five hits, including Moffett’s home run, Cobb stayed out of trouble.

The Lady Huskies slapped a pair of dingers of their own. First, Ashley Cash bounced a two-run blast off the maroon scoreboard in the second inning to increase the lead to 3-0. Two frames later, Beshears pulled a three-run homer that increased the lead to 9-0. Beshears finished the night going 3-for-3 with two walks.

“It wasn’t really good speed,” Beshears said. “It looked like a beach ball coming at us, but it took a lot of adjustments coming from what we’ve seen this week.”

She got lots of help. Sara Borden went 2-for-2 with two doubles, Kailey Walters delivered a 3-for-5 evening win an RBI, Maddie Dorsett went 2-for-4 with a pair of walks and Cash walked three times while going 2-for-2 with four RBIs.

That gaudy production gave Johns a chance to play lots of girls. Rhianna Tyldesley, Rachel Riley and Michelle Cole all took the field in the fourth inning.

“Some of them don’t get in the game a lot so it was good for them to see an at-bat and get on the field and see live pitching and all that kind of stuff,” Beshears said.