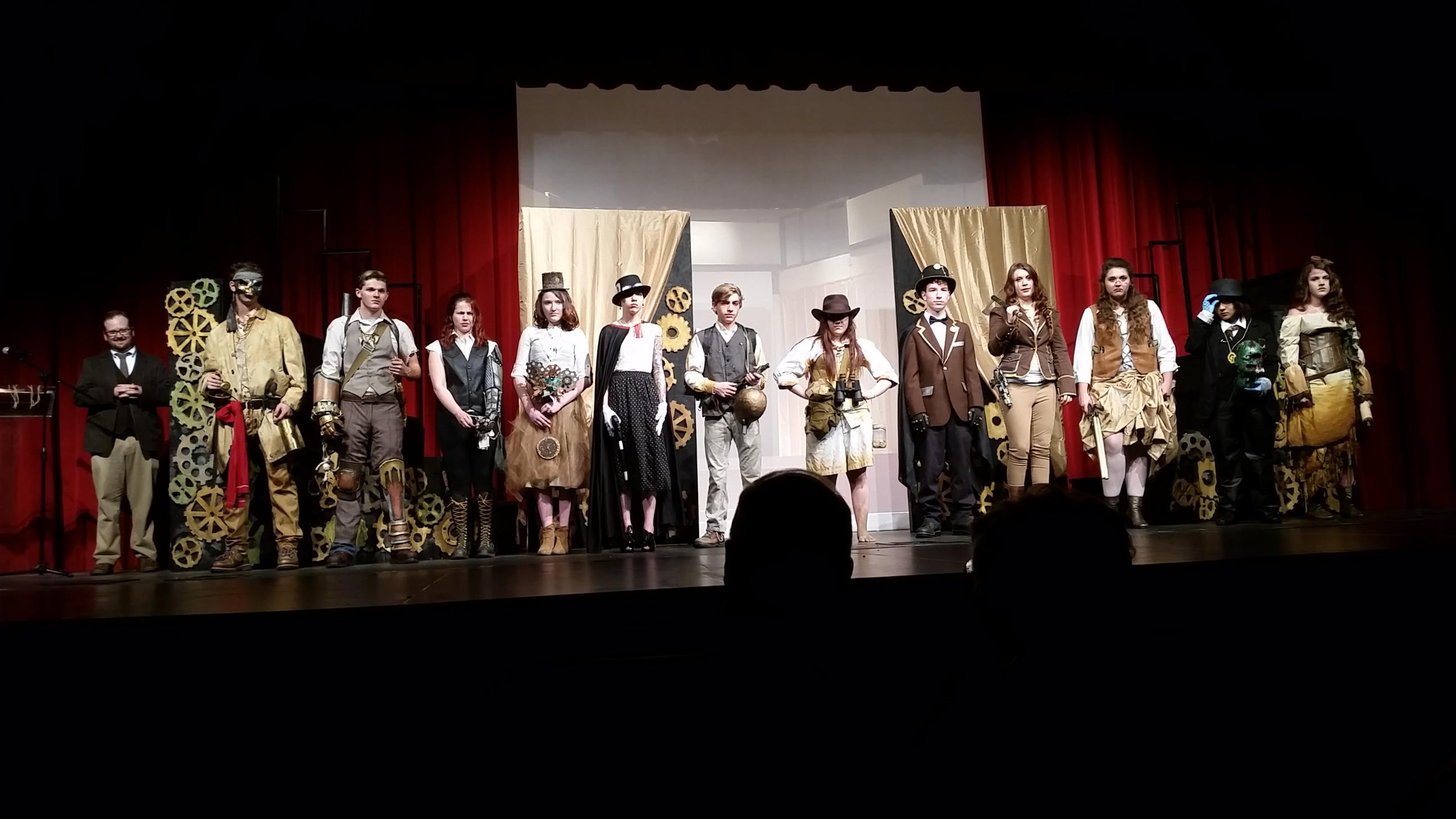 All the characters photo by Gary Lloyd

PINSON — Before the lights were dimmed and the models strolled out, Chris Screws summed up the night.

“This will not be your typical show,” the Pinson Valley High School art teacher said.
Indeed.

Eleven teams made up of 30 students showed off their artistic talents Friday night in the school’s auditorium. There was a bounty hunter, thief, two magicians, an explorer, bandit, doctor, pirate, bride, scientist and adventurer.

The show imitated the last portion of the Syfy reality show “Face Off,” in which a group of prosthetic makeup artists compete against each other to create prostheses such as those found in science fiction and horror movies. 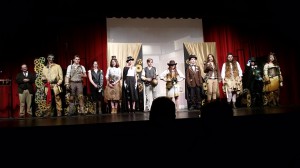 All the characters
photo by Gary Lloyd

After all had taken the stage, the models were allowed to go into the audience to solicit $1 donations. The character with the most was awarded the People’s Choice Award. The money also helped recoup class costs. The Doctor team, made up of Jocelyn Mitchell and Journee Vancleaf, won that award.

VIDEO: Watch The Doctor, played by Mitchell, walk the stage.

The judges selected The Adventurer team — made up of Jeremy Cobb, Jordan Walton, Lucas Breimhorst and Clayton Davis — as the show’s runner-up.

VIDEO: Watch The Adventurer, played by Cobb, walk the stage.

The winning team was The Scientist, made up of Shelby Justice, Kyle Reaney and Ivy Williams. Justice was the model, and Reaney and Williams collaborated on the design.

VIDEO: Watch the winners be announced and receive their award.

“Scary but exciting at the same time,” Justice, a sophomore, said of acting the part on stage.

VIDEO: Watch The Scientist, played by Justice, walk the stage.

Reaney, also a sophomore, said The Scientist character is based on an apocalyptic world in which everyone lives under water. The Scientist comes above the water to see if it’s OK to live there again due to an overpopulation under water. Williams, a senior, said the group worked on the costume for two months. It’s made of bed sheets, ACE bandages and paper. The scroll Justice carried was made with a rolling pin and a stick.

“I love it and I love to do it,” said Williams, who has studied under artist J. Anthony Kosar in Chicago and works at the Virginia Samford Theatre in Birmingham. 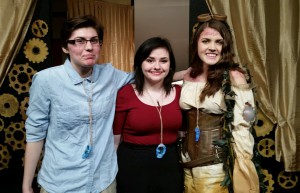 Reaney will be in Screws’ class again next school year.

“I’ve learned a lot,” Reaney said. “I’ve always wanted to do something like this, and it’s awesome. It’s really cool.”

Screws said the class will be the same next school year, and the maximum capacity is 30 students. This year’s class will lose 16 seniors and some juniors due to scheduling conflicts. To take the class, students must submit a portfolio to Screws. If he has had them in Art I: Drawing and Design or Art II: Sculpting and Painting, he knows what they can do.

Friday’s show, in a way, was a culmination of what the students have done in class this year. Titled “Visual Arts Elective,” the yearlong class meets for 50 minutes every day during third block. That amount of time is never enough most days.

“These kids come in firing on all cylinders, and they don’t want to leave,” Screws said.

The theme for next year’s show is “Fractured Fairytales.” Students will take traditional fairytale stories and twist them in strange and interesting ways.